“Who said Paraguay was hot?”

“Who said Paraguay was hot”?  The question was asked by Team Finalin from Ecuador at the end of a testing, competitive and surprising Expedicion Gurani.

The race was round 5 of the 2016 Adventure Racing World Series and the series’ third visit to South America after earlier events this year in Belize and Chile. With an equatorial climate the 20 competing international teams surely expected and prepared for hot conditions, but it wasn’t to be. Heavy rain was one of the challenges for this expedition through the mountains, jungles, rivers, marshes and towns of Southern Paraguay. 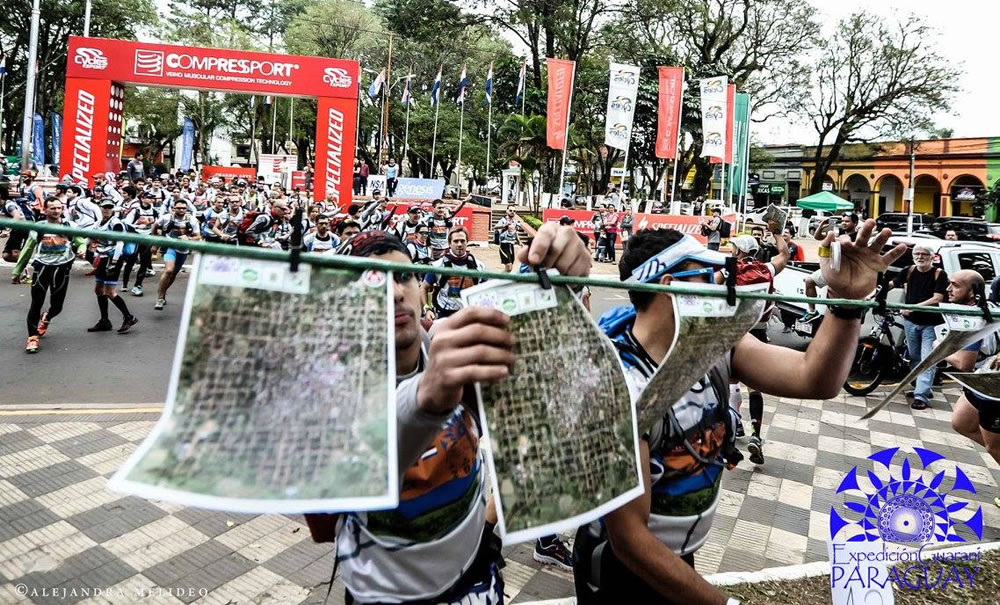 The organisers were forced to shorten the route in places and even so only 3 teams managed to make the race cut-offs for the full course. With the rain came colder than expected conditions and team Nandupe, who were on the shorter ‘adventure course’ told of sheltering under a bridge ‘almost hypothermic’. After the rain came dense mists adding to the technical navigational challenges, thick mud to make the trekking and mountain biking much harder, and then some of the expected heat and humidity too!

Not that the teams were daunted. Adventure racers thrive on the challenges nature provides while they explore new territories, relying on the skills and endurance of their mixed teams of 4 to get them through. 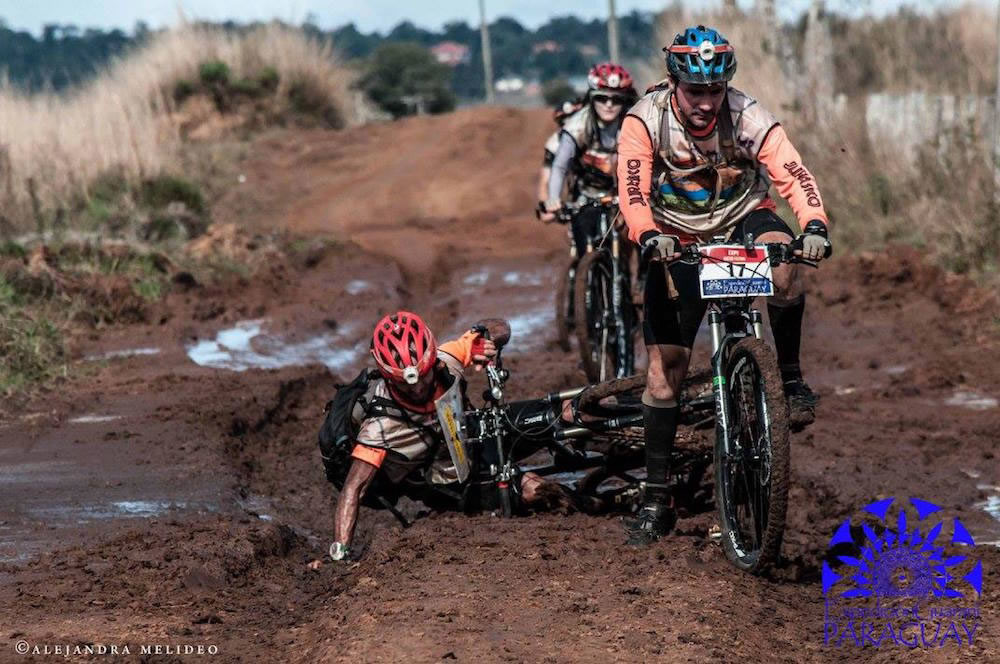 The team which coped best and moved the fastest were Columbia Vidaraid, a combined team from Brazil, Spain and the UK, and their win was no surprise as all are world class racers and the team is world ranked #2 (though with a slightly different line up).

The team of Barbara Bomfim, Nick Gracie, Marco Anselem and Jon Ander Arambalza completed the 500km course in a total time of 95 hours 20 minutes to take the win.

It was a tough course and they were pressed hard at the outset by local team Expy who surprisingly lead them in the early stages, but subsequently finished an impressive second in 109 hours 31 minutes. Their performance will encourage more Paraguayan teams to race and raised the profile of the race within the country as they gained more and more support throughout the week. Ansilta Viento Andino from Argentina were 3rd, making it a very international podium. 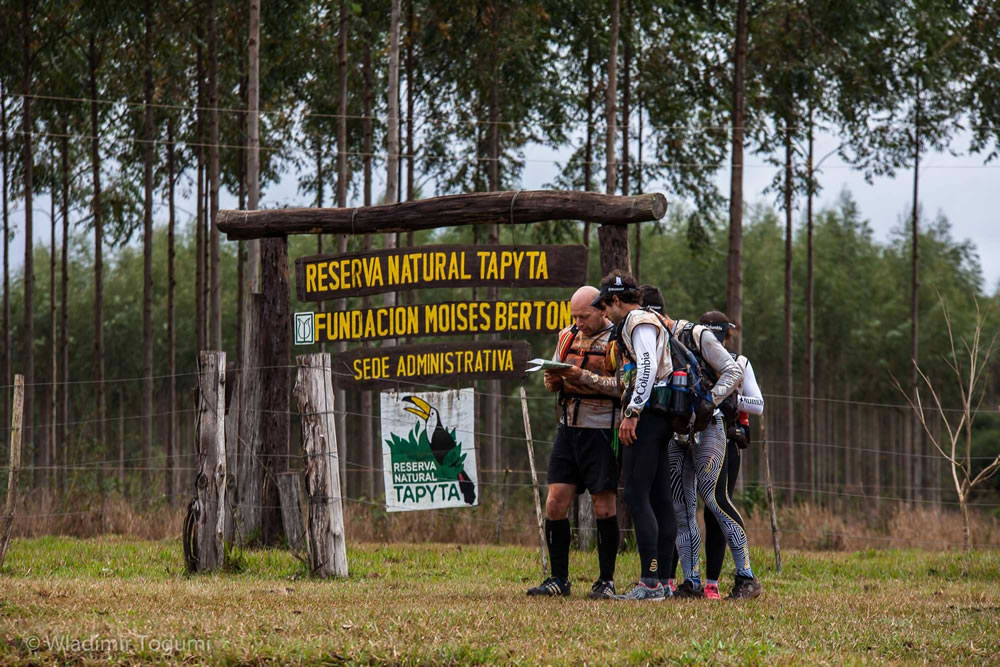 The Columbia Vidaraid team spoke very highly of the race organisation. “I thought it was an excellent course and a very dynamic race,” said Anselem. “None of the stages were too long and they were technically challenging. We were racing with Nick for the first time and worked well as a team, and he shared his knowledge on the navigation with us. It was so great to have racers from different nations coming together in our team and also to have services like bike mechanics at transition and hot food and water. I think the race Directors really understand what an adventure racer wants. It was an awesome race””

The race began and finished in the town of Villarrica and the 11 stages took teams through a variety of landscapes, starting with an adrenalin filled race around the town. Highlights included a roped river crossing with bikes and a dramatic abseil down a waterfall, and many teams said their encounters with local people, who took some teams in during the worst weather, will be one of their lasting memories of Paraguay. 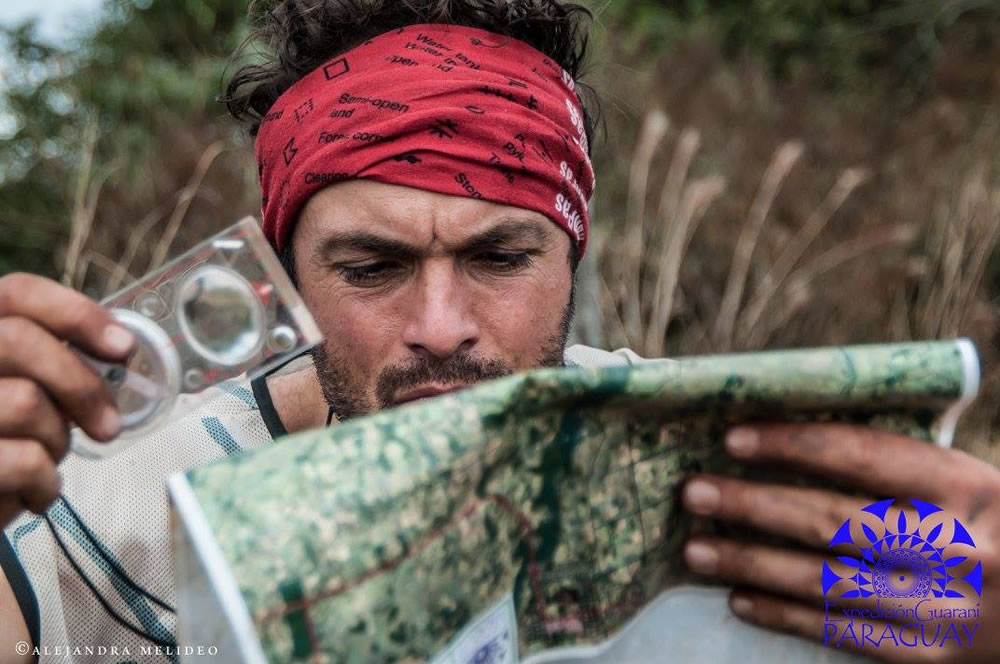 You can find the full results and see all the race photos and videos, plus the team’s routes from the live tracking on the race website at www.expedicionguarani.com

The next race in the ARWorld Series starts on July 14th at the Cameco Cowboy Tough in Wyoming, USA.

For more information on the AR World Series see www.arworldseries.com