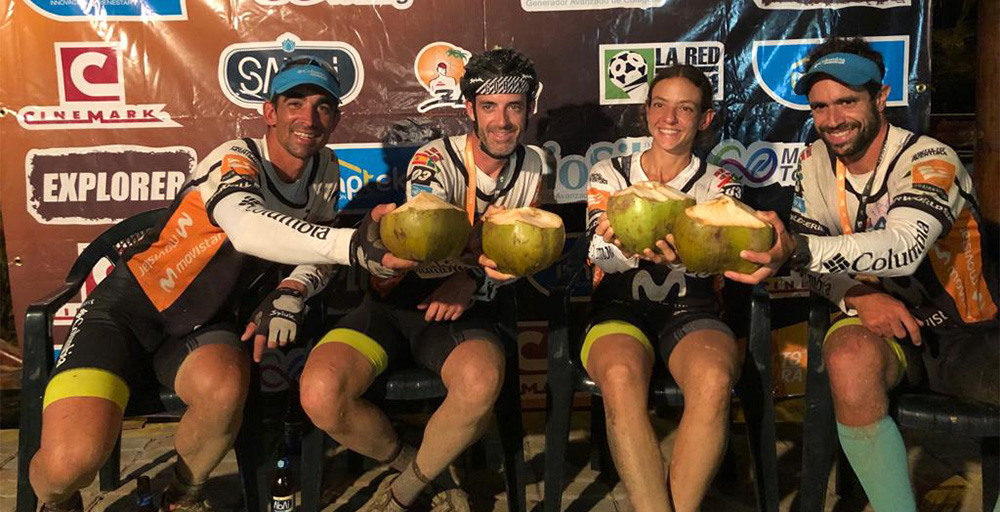 The Huairasinchi expedition adventure race in Ecuador is one of the longest established races of its kind in the world, it’s one of the hardest, and it’s one which teams return to again and again.

This year’s race was the 16th edition and was round 5 of the 2019 Adventure Racing World Series. Twenty five teams set off on a 438km course which provided the unique mix of varied landscapes and climates, native culture and sporting challenge which Huairasinchi is famous for.

After more than 84 hours of non-stop racing the winners were Columbia Vidaraid (Spain), who finished just ahead of Ecuadorian team ‘Life Adventure Imptek’.  So tough was the challenge only these two teams finished the full course.

Teams from the USA, Spain, Estonia, Brazil and France were racing against many strong Ecuadorian teams but the real test was the landscape and climate in which the course was set.

Race Director Santiago Lopez said, “We had a very special Huairasinchi this year. When we designed the course we knew it was going to be one of the hardest, but also one of the most beautiful and remembered. We knew that connecting such remote and diverse areas was going to be a challenge, so we made the course and we found that it was a race of contrasts.

“In one single race teams went from a very hot and humid environment on the first paddle to the incredible and mystical highlands of Zumbahua up to 4500m high, just to go down again on a bike ride with 6000 meters of descent. This is something that we can only do in Ecuador and its geography.  Of course it was very hard, but it was an experience that teams are going to remember forever.” 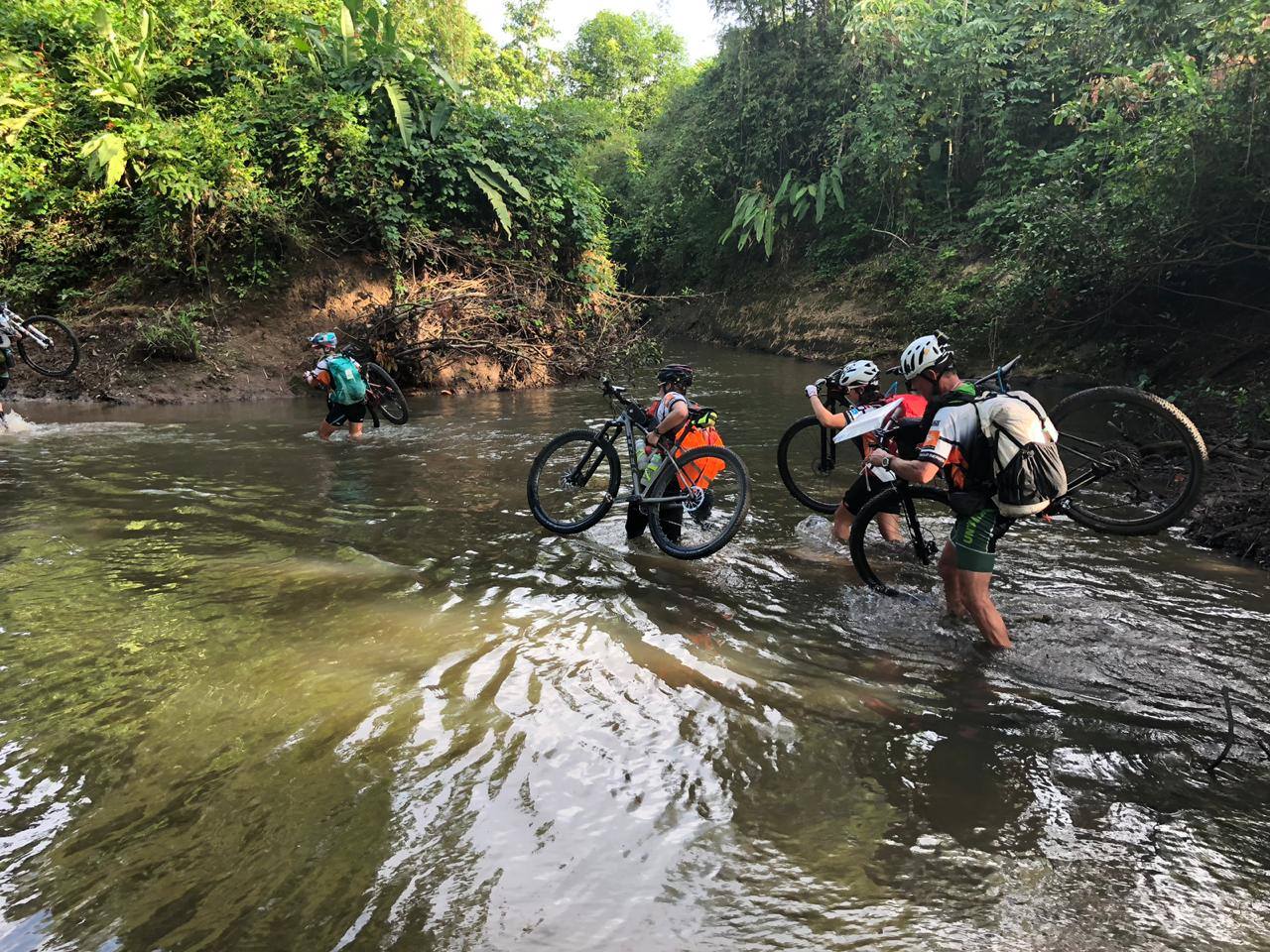 Teams started on the hot coastal plains with a short run and then a paddling stage in the wetlands around the huge Daule Peripa Lake.  A long bike road then took them up into the hills where they began a mountain trek in an entirely different terrain and climate, and it is this stage the race will long be remembered for.

The 62km trek through the hills was expected to take around 20 hours for the fastest teams but it took far longer in fog, hail and even snow, and teams were lost, confused, out of food and forced to take shelter.  Most teams retired on this stage and it was here the top two teams took their chance and found the surest way through the hills to establish their lead and continue to the finish. 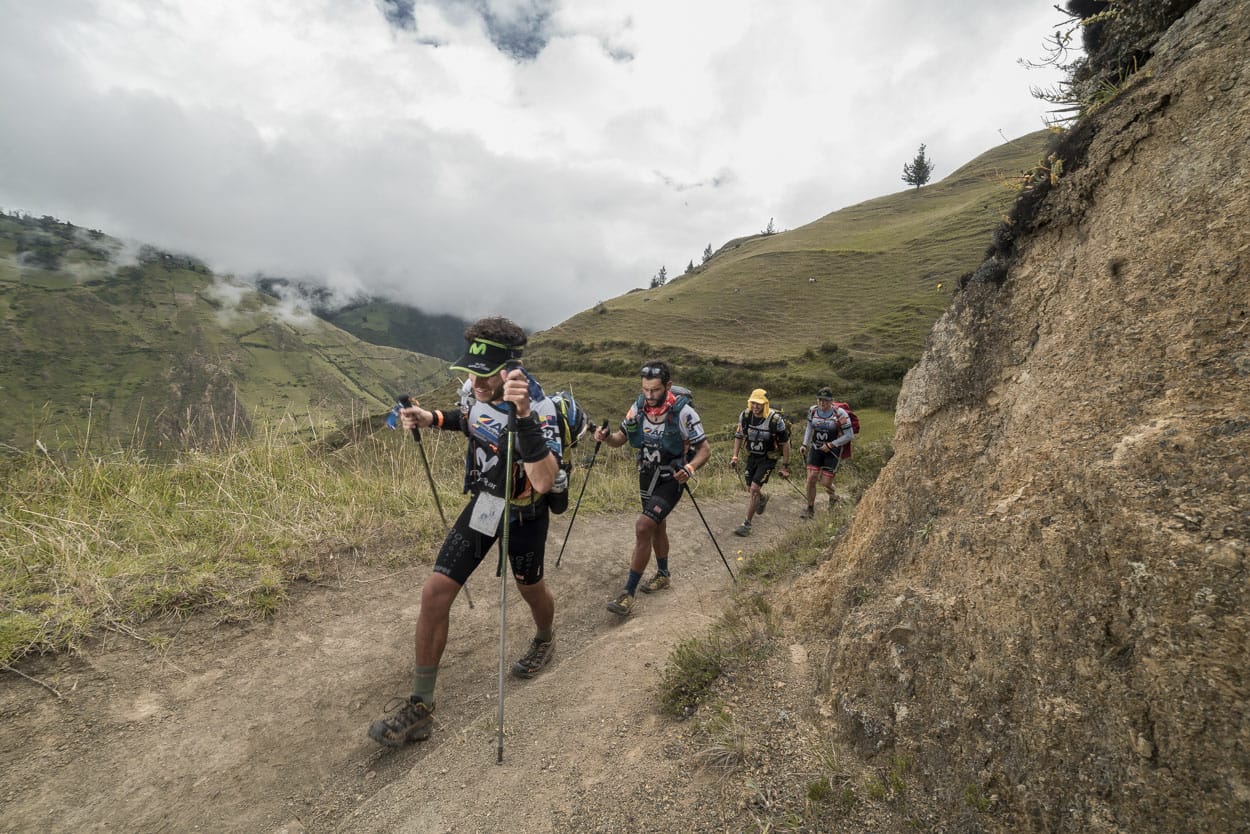 Going into the trek ‘Estonian ACE Adventure’ lead the race. They are ranked #4 in the world and are a team renowned for their navigation skills, but their race unravelled in the hills in what Silver Eensaar described as an “epic fail”.  With their compass behaving erratically he described what happened.

“After going in circles in a howling wind and rain it all started to get really confusing as you would expect on the second night of the race in such a situation. We could not get a fix on our location in these conditions and found a rock outcrop for shelter. In the bothy bag we had a long shivering miserable sleep/wait for daylight … maybe it was a hasty decision, but the weather conditions were really harsh.

“When light broke – the fog didn’t care and we were still couldn’t see. We started to wander in the hills, and even if it cleared up for a bit we still couldn’t get a sure fix.  All the valleys and mountains could have been the one’s drawn on the map. There were no distinct features like trails or signs visible. The wind was still strong and now we also got some hail in the rain.”

Eventually they regained their position only to find they were completely turned around and back in the valley they started form, so they returned to the start of the trek to be picked up by the organisation.

Lopez has a more poetic description of what happened. “Locals say that this mountain is alive and that it decides who can come in.  When it doesn’t like to have people around it gets angry, very cloudy and it “swallows” the invaders.

“For most of the teams, something happened on that mountain, and instead of “swallowing” people, the mountain made them go away.  The memories of their experiences on the Zumbahua mountains through the day and night will stay with teams forever.”

The race tracking system stopped working effectively on the mountain too …

Around half of the teams retired on the trek and the rest took short course routes to the finish, including riding past the amazing sight of the crater lake of the Laguna de Quilotoa.

For those teams the goal of finishing the full course at Huairasinchi remains elusive and for the Haku AR team (Ecuador) it was their 8th attempt!

For the ‘MRC MainNerve’ team (USA) it was their third attempt to finish at Huairasinchi but team captain Shane Hagerman said, “We will be back and maybe it will be 4th time to finish for us.”  He added, “Of the three times I’ve raced here, this was my favourite course.  From the lush foliage in the jungle, to the cold windy tops of the mountains the sheer beauty of the environment in Ecuador is nearly indescribable.”

The next race in the AR World Series is The Nordic Islands Adventure Race starting July 12th in Sweden – see https://niargames.com

For all information on the Adventure Racing World Series see https://arworldseries.com

Previous Follow Huairasinchi Ecuador LIVE – Starting 10th June 2019
Next Refereeing The AR World Series – It’s A Tough Job, But Someone Has To Do It!