After nearly 3 continuous days of racing, the leading two teams at the Adventure Racing World Championships passed through a checkpoint in the city of Lugo on a wet Tuesday morning. The leading team, Estonia ACE Adventure – La Sportiva, left checkpoint 26 at 8.42, having completed an orienteering challenge around the old city. Three minutes later the Swedish Armed Forces Adventure Team arrived in the other corner of the square, ready to start the orienteering … the teams didn’t even see each other.

Through the night they had exchanged to the lead on the first part of the 210km mountain bike ride, where true to form for the course, the navigation on country trails and paths was challenging. The Estonian team took a wrong turn and were passed by SAFAT, but they then stopped to sleep and Estonia took the lead back. 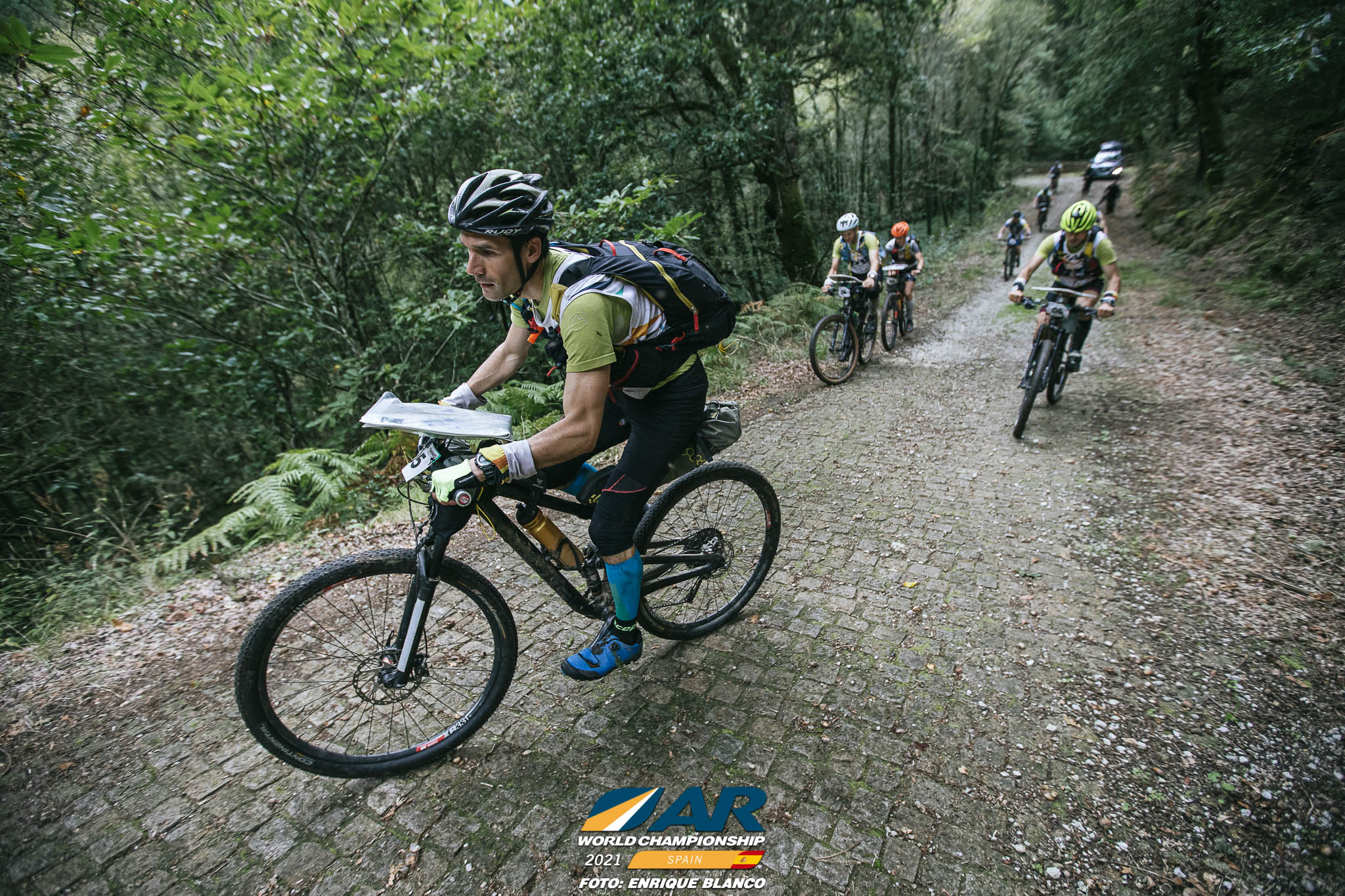 Malin Hjalmarsson said, “We stopped in a town, I don’t know where, and got under cover and had our sleeping bags, so it was fine and we had a good sleep. It was quite warm.”  The two teams have been stopping to sleep in different places.  The Estonians took 2 hours at the previous transition, while the Swedes passed straight through, but both spent some time remarking their maps, which had become wet and smeared. It has rained on and off through the whole race, with never been long without a shower, and this morning the Swedes ran in a heavy, soaking drizzle.

The Estonian team were quick and purposeful as they switched back to their bikes, and said the orienteering was a nice break on the long ride. They ran around the deserted streets in the dark, running up to the old town, which is enclosed with an ancient city wall. Inside they had to find and photograph 7 checkpoints, one by a gate in the wall, another on top of the wall, some in the doorways of grand buildings and one at a bandstand in the main plaza. 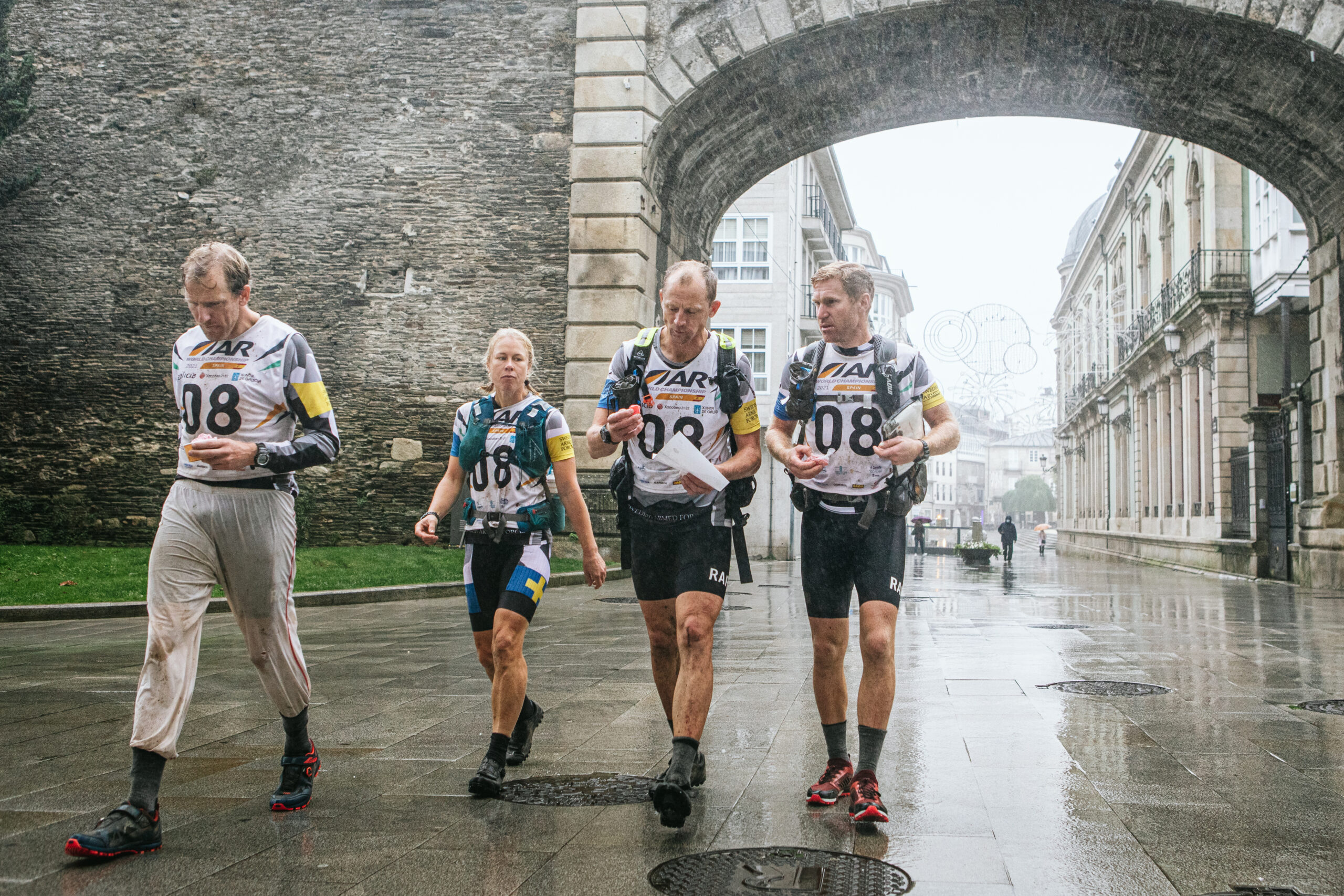 Some of the plazas are surrounded with traditional Galician window frontages and the area they ran around is free of cars.  So early in the day, only the street sweepers were around, but it’s a busy shopping area and later teams will be more hampered by crowded pavements.

Silver Eensaar of Estonia ACE said the change to a small, street, orienteering map wasn’t a problem as they more used to smaller scale orienteering maps.  His team stopped for croissants on the way and when asked about plans for the race going forward he replied in his deadpan Estonian way, “We go until we get to the end.”

The Swedish team were around 1 hour 40 minutes behind when they set out on the street orienteering and by that time it was just light and the rain had set in.  John Karlsson looked drawn and was clearly suffering more than the others.  He said, “I had a hard first stage and this is the back end of that.”  His team manager said he was ill a couple of months ago, and had a month off of training, which for a team doing 20 hours a week, is a significant amount of training time to miss. 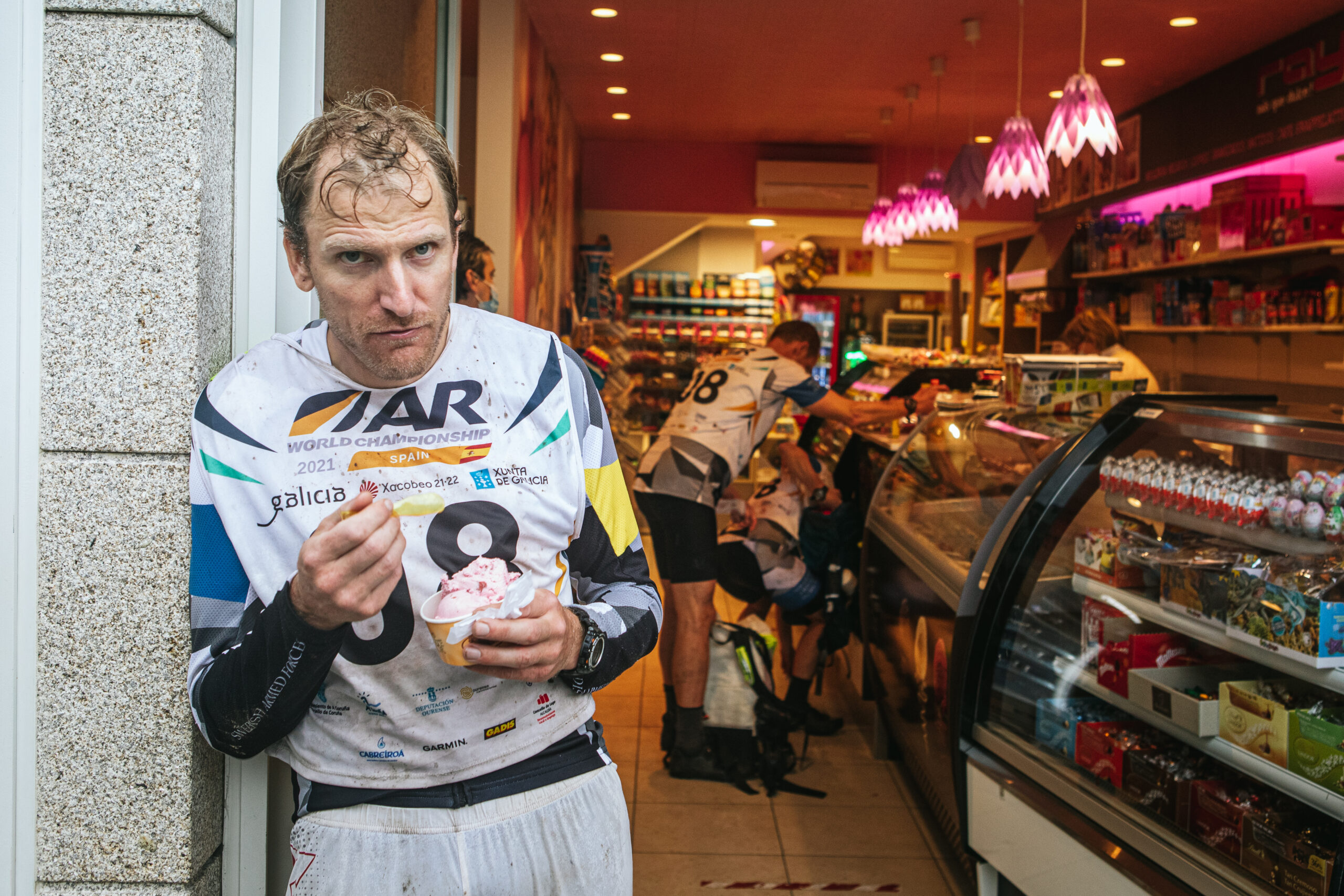 The team stopped in a small supermarket and spent some time choosing what to have, with Karlsson coming out with a strawberry ice cream and leaning against the door to eat it. Then the team were quickly on their way again.  After 3 days of competition it is amazing that they can run around a city so quickly.

Of the two teams, the Estonians looked the stronger this morning, and SAFAT’s manager commented, “Vidaraid are coming.”  He was speaking of the Spanish Torpedo Vidaraid team, who moved into third place overnight, and were one of the strong pre-race favourites.  They are known as strong and gritty competitors in the final stages of long races, and could threaten the leaders today.

The teams at the back of the race, who were stopped for the cut-off at Transition 2, will be moved today to TA4 (the end of the bike ride the leaders are now on).  Thirteen teams will continue the race this way and they won’t be allowed to restart until after the top 5 teams have passed through, which will likely be in the early hours of tomorrow morning. 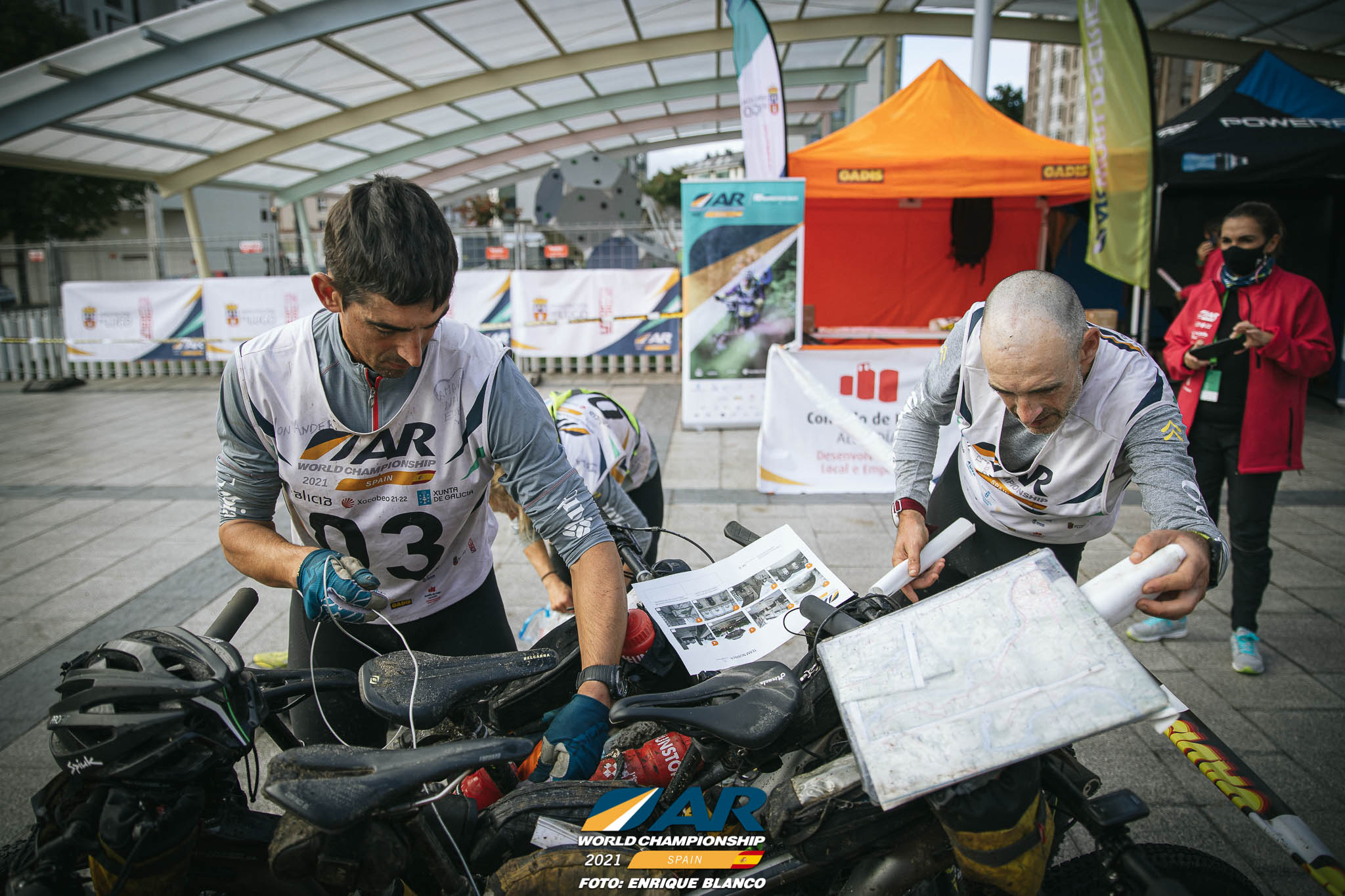 Previous Rivers, Portages, and Cut-Offs
Next Back and Front of the Race Come Together at AR World Championship