Team Pena Guara-Sherpa (Spain) were the last team across the finish line of the 2021 Adventure Racing World Championships at Raid Gallaecia today, arriving 16 minutes before the midday course closure time.

Not that they were too worried, they even said they thought of stopping for a beer, but heard everyone was a bit worried about them making it in time, so they left that until after they’d finished. They ran all the way along the Avenida Marina waterfront, accompanied on bikes by some of those who had already finished. 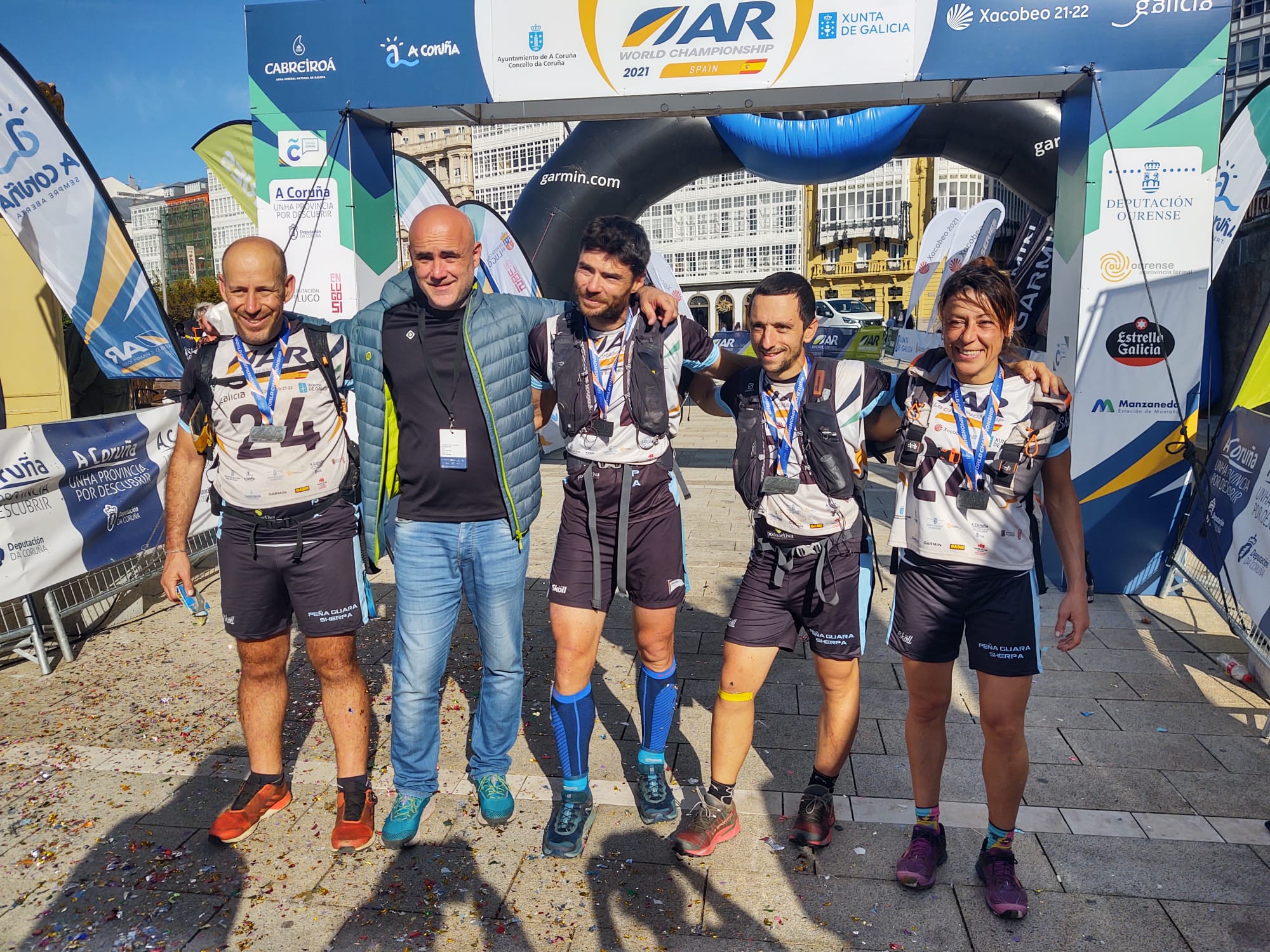 The team completed the full course, making it 44 full course finishers, and for 3 of the team it was their first expedition race. After almost a full week of racing, in storms and sunshine, day and night,  they looked in good shape, and they held their emotions together better than their supporters, who were in floods of tears.

“Three of us are from the Spanish mountain bike orienteering team,” said Juanfrancisco Marin, “and we have done some smaller races, but only David (Toll) has raced such a big competition before.”

The team had clearly looked after themselves and paced their race well.  “We knew we had time,” said Marin, “so we slept at the transition before the last paddle so we could do it with the tide, and it was great, we took not time at all.  Then we rested some more as it was night and would be cold. Then we finished the race in the sunshine. We are very proud to have done it.”

With the race completed, they could enjoy their success, and their beer, which is free to the competitors from race sponsors Estrella Galicia. The team of Toll, Marin, Jorge Garcia Pardos and Aloa Reguillo sat in the athlete zone to relive the amazing experiences they have had over the past week, and to catch up with all the messages of support sent to them, and the results of their friends who were racing.

The race finish is already busy with teams arriving to enjoy the atmosphere ahead of this evening’s official prize giving.  As it’s a Saturday the waterfront is packed with those out enjoying the weekend sunshine, and many teams have already arrived to take in the atmosphere.

By the time of the presentations take place at 17.30 the race village will be much busier, the beer will have been flowing for many hours, and it will be great party to celebrate the achievements of all the teams.