At midday in the town of Monforte de Lemos the 90 teams in the 2021 Adventure Racing World Championships – Raid Gallaecia set off from the Plaza de la Compania.  After a 3 year gap ARWC is back with a bang, with one of the largest fields ever and racers from 29 different countries competing.

All of them were excited and relieved to finally be racing, after all of the uncertainty, after training alone for so long, after the difficulty of travel and covid testing, and after a couple of days of intense preparation. Finally, it was happening, it was time to RACE.

After the 2 hour bus ride from A Coruna they had all arrived in the centre of Monforte de Lemos to gather in front of the grand Coelgio Escolapios. Every Spanish town has a plaza with some amazing architecture and they are ideal for presentations, starts and for transitions.  There is lots of space and the local communities get involved and come to watch what is going on. It is one of the many, special qualities of Raid Gallaecia. (The fiesta continued after the racers left, with live bands playing into the afternoon.) 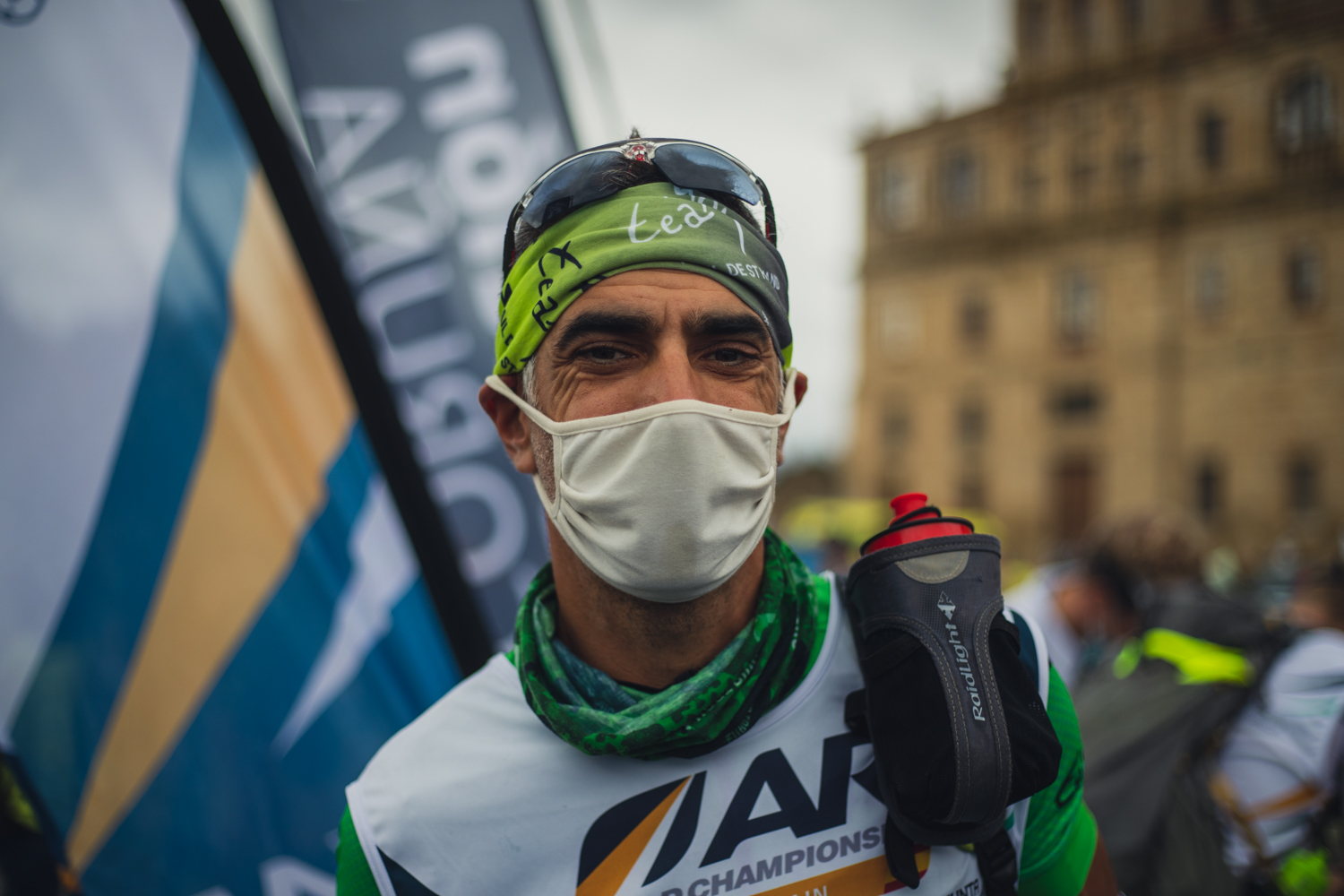 Teams were given trackers, then maps, asked if they had a Garmin Watch so it could be checked to ensure it was in the new Adventure Racing mode, then it was time to start on the maps!  Ninety minutes of intense study and concentration later they were all ready to go.

Luckily, the rain held off, though it looked like it could start again any minute, judging by the heavy cloud cover. With 90 teams needing to sit and spread out their maps it was fortunate it stayed dry and they were soon scattered to nearly café’s, seats and benches, lawns, and spread out along the front of the Coelgio Escolapios. Each team had their own method, and the most efficient looked to be BOA Brazil Multisport who sat in a row, each of them marking some of the maps, and it looked like they studied and marked all 51 of them before the start! 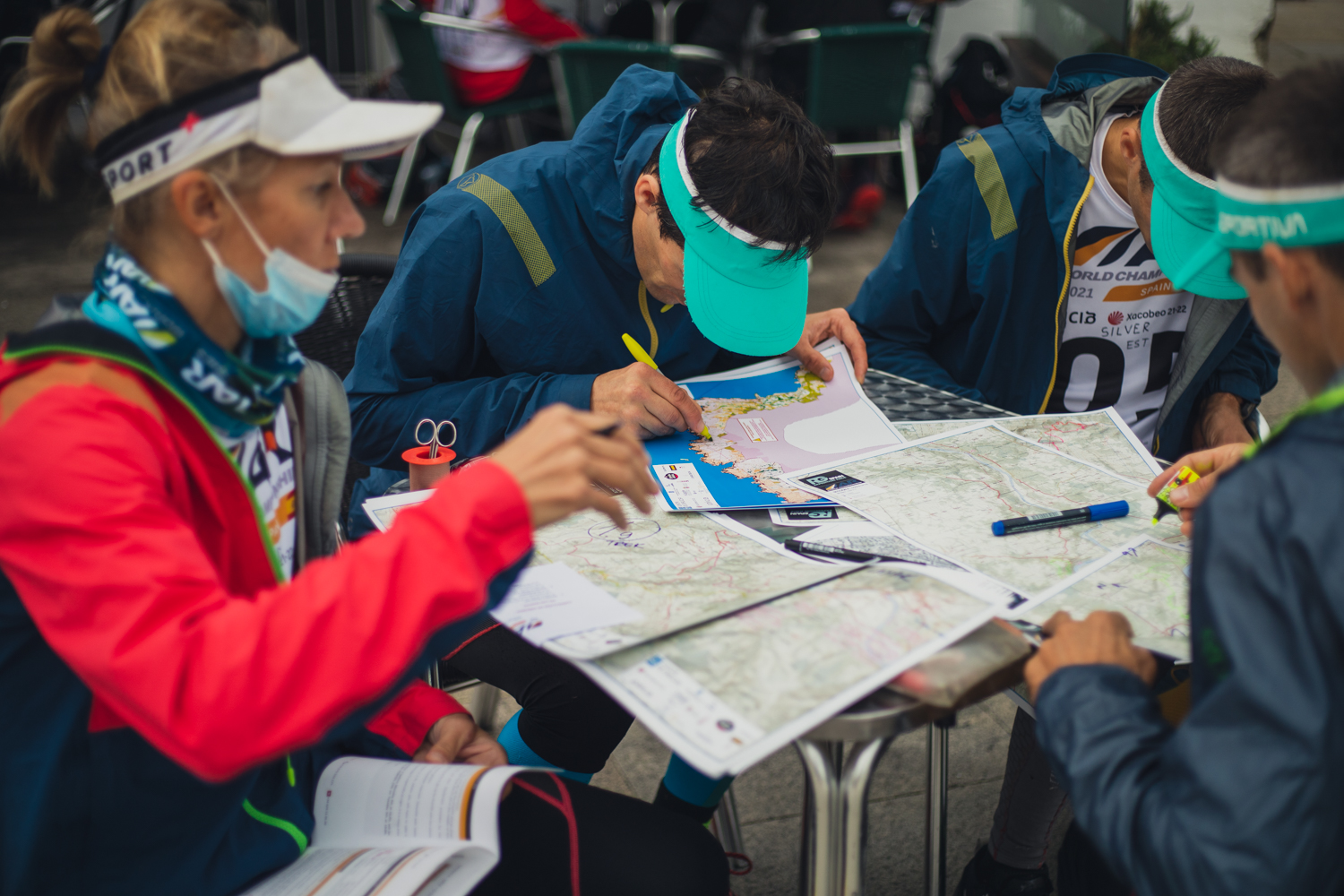 “It looks tricky,” said Nick Gracie.  “There are so many little tracks all over the place. It’s not hard but it will be easy to make mistakes which could be hard to recover from and there may be a lot of route choice.  We don’t plan a fast start on this first trek, especially as there is some tarmac at the start.  Going off too quick on the road with heavy packs would be a mistake. We’ll take it easy.”

All the teams do have heavy packs (including all of their maps), as it is such a long stage, where they’ll be out a full night, and there is a storm forecast. Any team NOT carrying heavy packs would be in trouble.

After a quick countdown they set off under the row of sponsor arches; Garmin, Powerade and Marmar Sports, and with so many teams the first kilometre was neutralized with teams following a police car out of the town centre. Then the real racing began. 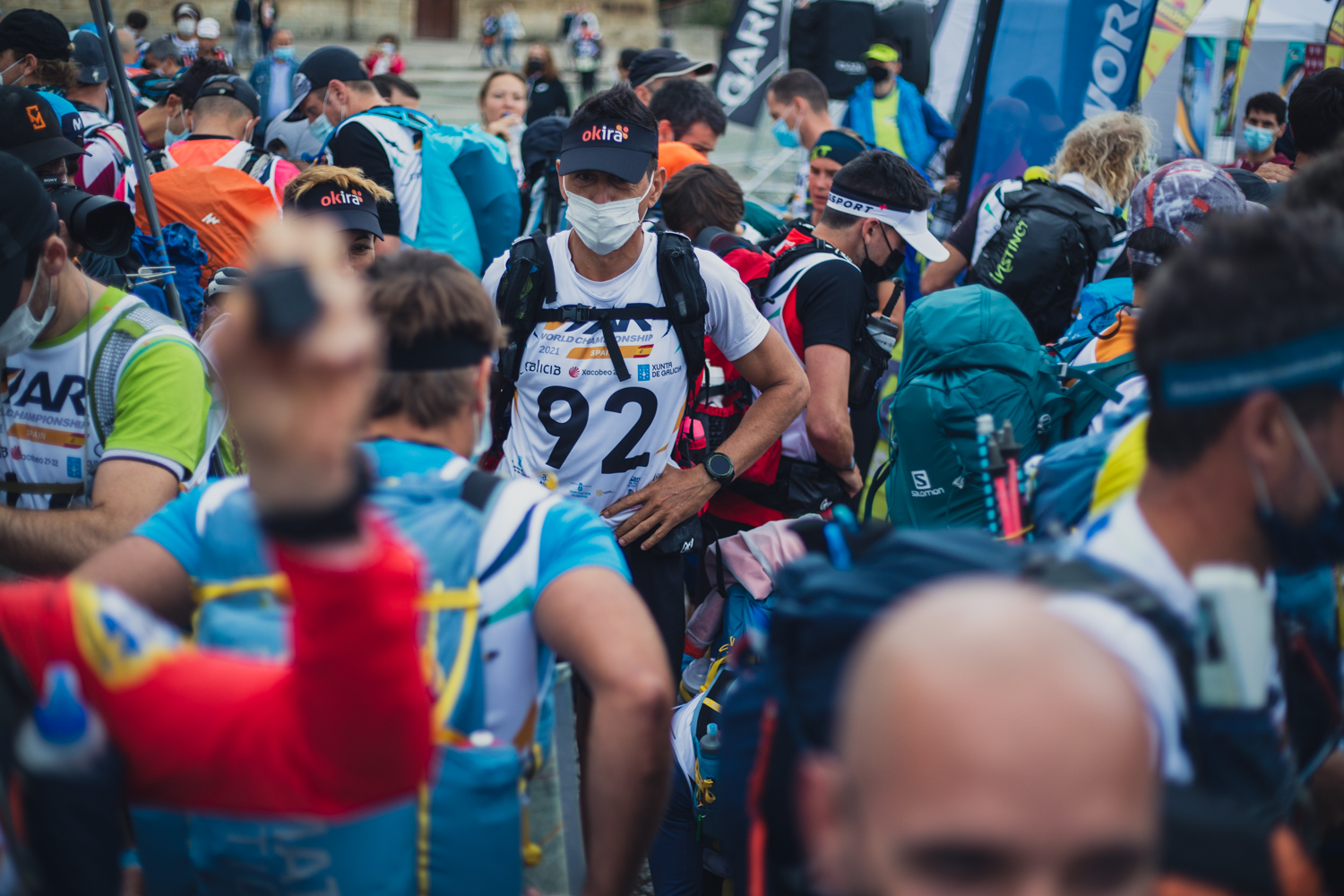 One of the last teams out of the start funnel was the K2 team, three of them in their first race, led by Adam Rose. He’d been talking them through the maps and said, “I’m really excited now, but it is hard to know how difficult it will be until we get to grips with the terrain. Until we see how difficult the brush is, we will stick to the paths. The mountain biking looks amazing with a lot of ridge riding and that’s going to be exciting. The team is focused and we are ready to go!”

The opening few kilometres take teams through countryside, fields and woodland, some of it on the Camino de Santiago pilgrimage route, before the first real climbs into the mountains start. It’s a monster stage to begin the race with, with 5800m of climbing and 122km to trek.