The finish line for ARWC 2021 is set up by the sailing club marina in down town A Coruna on an open plaza which is part of the modern waterfront development. It’s one of the main tourist and nightlife hubs of the city, giant cruise ships come and go from the port nearby, and the teams finish by walking along the busy Avenida Marina promenade, which is lined with busy restaurants. 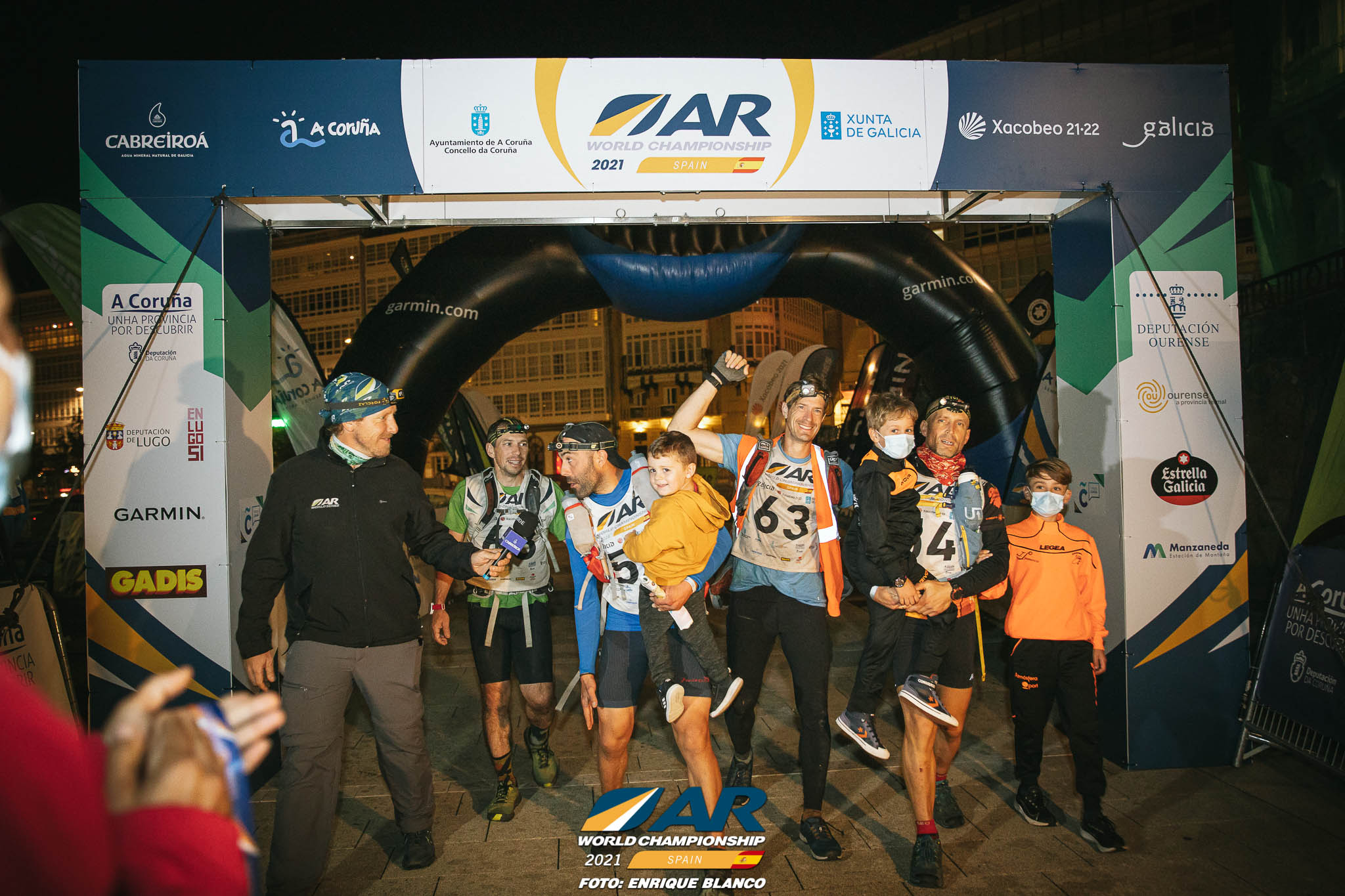 Through the day and into the night more teams have been arriving to be applauded by big crowds, and then to relax on the sofas in the athlete zone, where there is plenty to eat and drink thanks to the race sponsors.  One is a brewery, so there is free beer on tap.

By the end of the day the top 20 full course teams had arrived, with the British team Endurancelife taking 20th place.  Looking around at the stages, flags and display tents Ben Turner said, “This is impressive. Most Adventure race finishes are very low-key and quiet.” For two of the team this was a first World Champs finish and Gary Davies, who had failed to finish in two previous attempts looked at the leaderboard and said, “A top 20 finish in ARWC was one of my ambitions.”  The team had no idea they were so highly placed.

Relaxing on the couches in the Coca Cola tent the teams shared their stories of an epic race.  Some were subdued, still taking in everything that had happened these past 6 days, others animated and still on an adrenalin high. The Adventure Kidney Team (USA) were one of those, laughing, hugging and reliving their adventures. 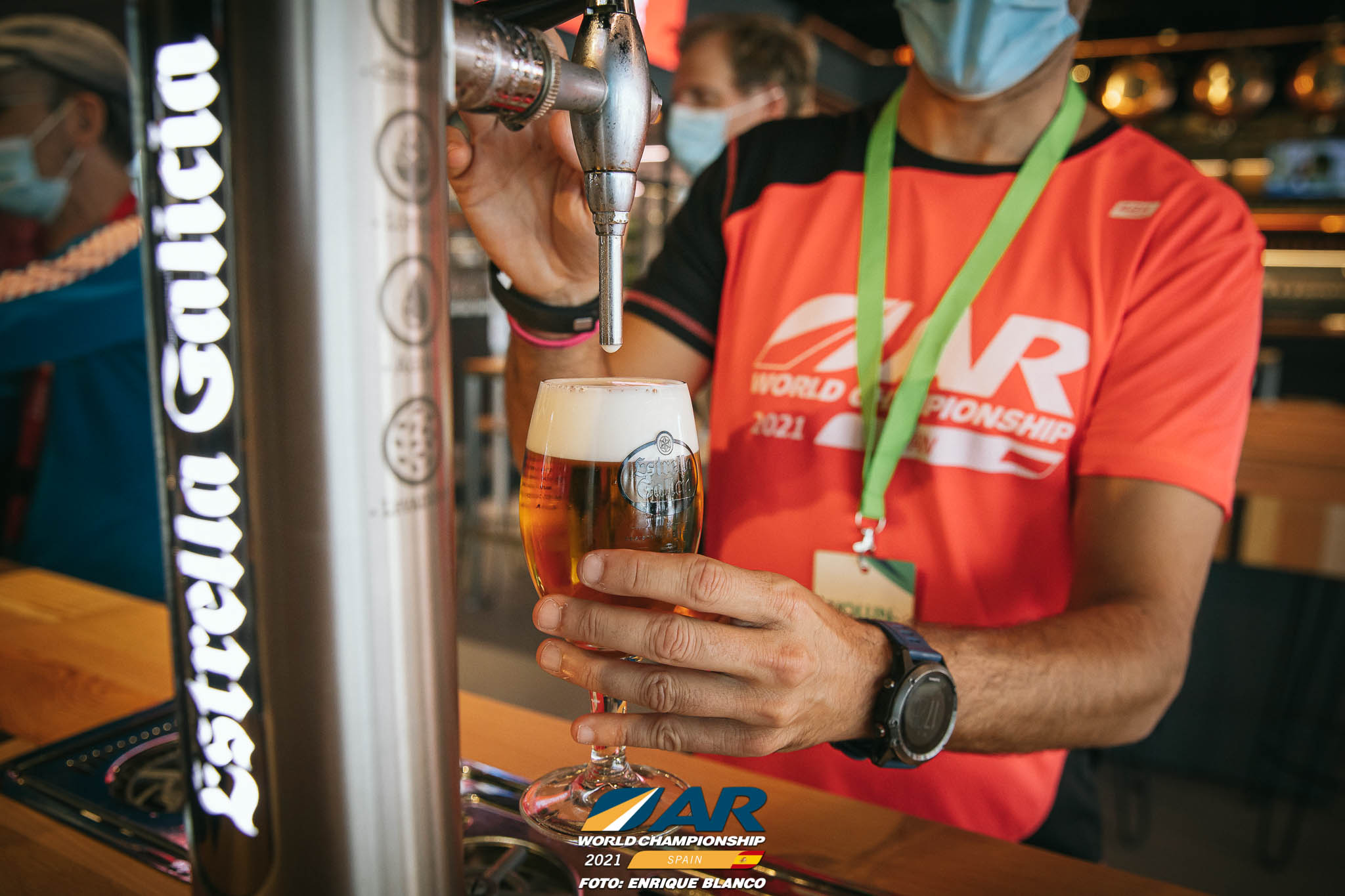 Ron Eaglin was in full flow as he recounted the teams ocean paddle. “Brenda hasn’t done  much paddling and when we hit some shoals she screamed. ‘Ron, there’s a wall of water coming towards us!”  They bounced through the waves, but more trials were to come as they tried to get ashore at low tide.

“We hit seaweed filled shallows 200m from shore and had to get out,” said Eaglin. “Then we couldn’t wade as the mud was too deep, so we pretty much lay flat on the weed and tried to swim ashore. It was pitch dark and there we were laying on our bellies in the sea!”  He said some kayaks behind them were stuck out there for a lot longer than they were and may have just waited for the tide to come in.

“We slept in a hotel in the storm on the first stage,” he explained. “We were going to sleep anyway, so figured we may as well be comfortable. Then we did the short course and those last 3 stages were a great adventure race on their own.  The final coastal trek was fabulous and I loved the little beaches and the ocean views.” 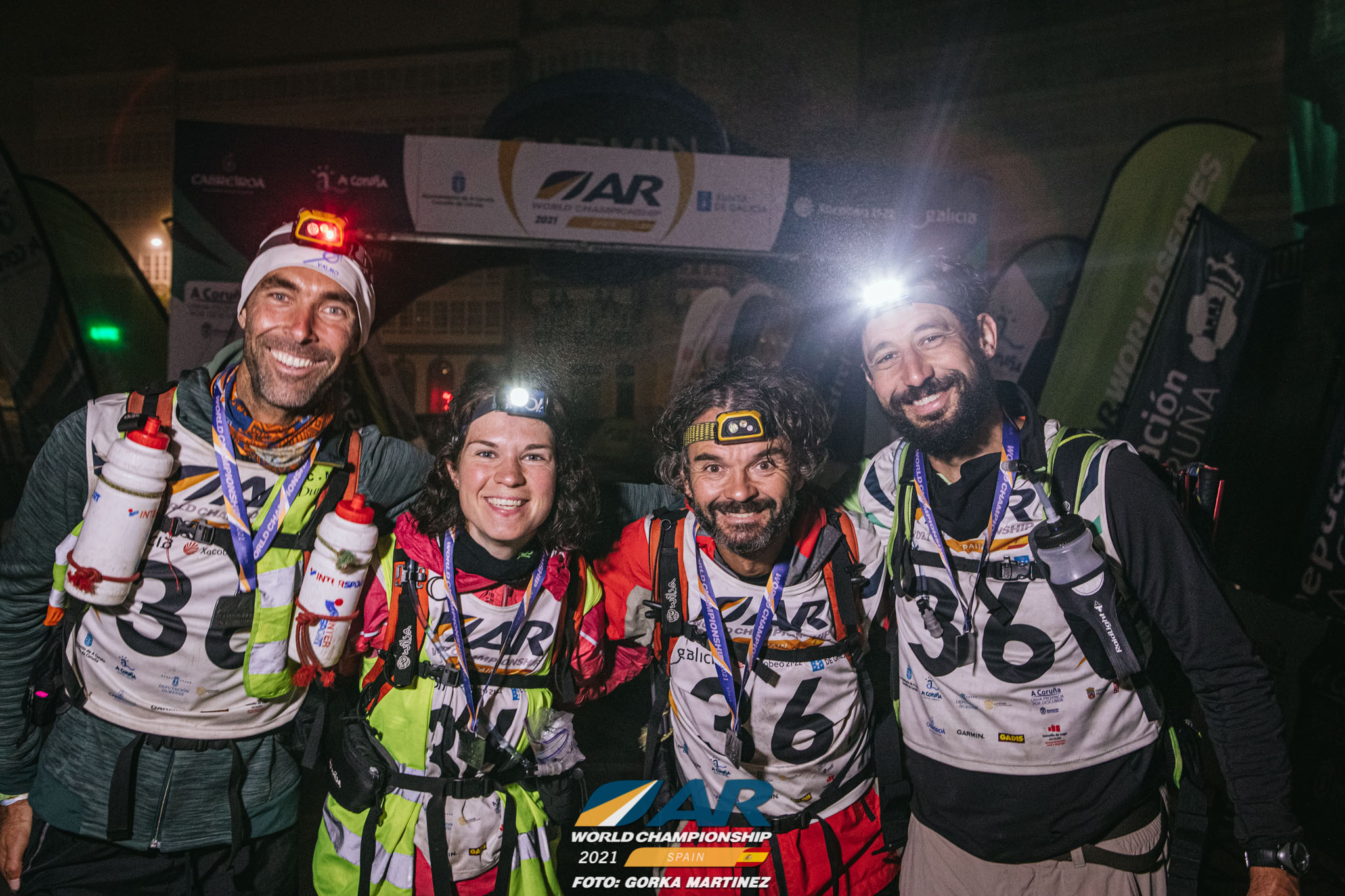 In the tent at the same time were the Polish team Gymcity AR, who had similar issues getting ashore on the last paddle, and the UK Adventurers team.  They had finished close together, in 15th and 16th, and the two teams included Nic MacLeod (racing with Gymcity) and Tom Gibbs, who were both on the winning ARWC team in 2009.  The fact Gibbs had decided checkpoint 48 was right in the middle of a nudist beach rather than on the side of it, was the cause of some joking between the two.  (Race Director Pablo Lopez has a great sense of humour and a nudist beach is probably a first for World Champs checkpoint!)

The UK Adventurers team had been one of the lucky teams to do the orienteering in Lugo in the evening when the Festival of San Froilan was at its busiest. Gibbs said, “When we arrived the place was rocking and there were concerts and dances going on. It’s great when these things happen in a race and we really wanted to stay longer!”

His team mate Mark Chryssanthou was pleased with the team result given he’d joined at 3 days notice before the race. “I checked they were serious,” he said, “then put my life on hold and rushed around getting all the kit I needed. It’s the World Champs so I was taking the opportunity even though I only really had base line fitness and I was red lining at times on that first trek. But when you’ve done a lot of racing you know how to manage yourself and I think by the end I was on a level with the others and doing my share.” 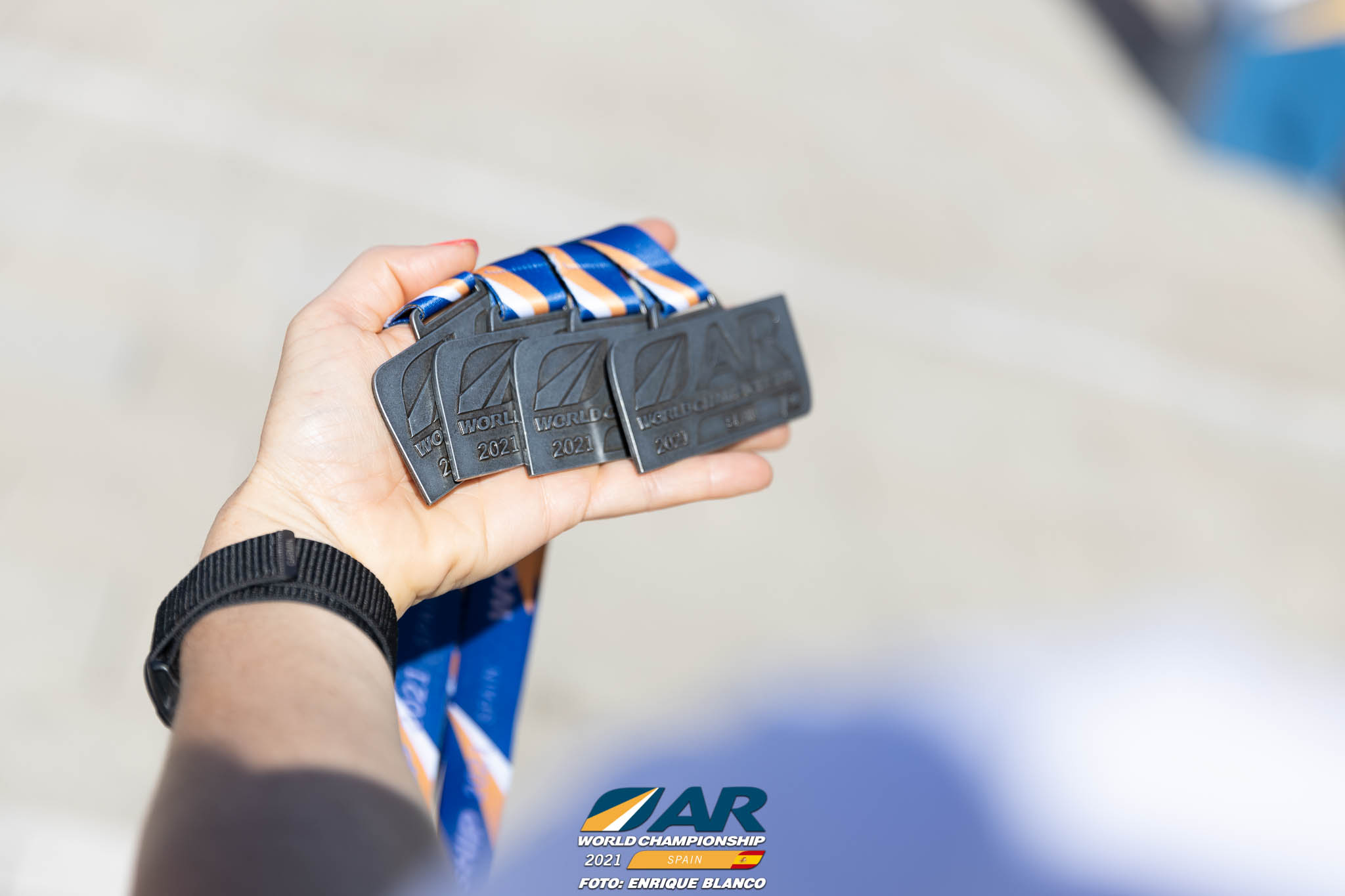 Naturally, the biggest reception of the night was for two of the Spanish teams. The Track the Race team are close friends of the organisers and as one of Spain’s most accomplished endurance athletes and a former AR World Champion, Arnau Julia is held in special affection. The reception for the team was loud and enthusiastic, but was surpassed by the crowd for team Keltoi Balaena.  This team is from a big sports club and hundreds of their supporters filled the finish funnel, horns were blown, drums were banged and party streamers let off to celebrate their arrival.

Teams will continue to finish through the night, and for the next day and a half, as the final course closure is 12.00 on Saturday, so the teams still racing have plenty of time to make it to A Coruna to enjoy a special finish line.

Previous Sunshine and Shopping at Sada, the Final Transition
Next 11 Different Nations in the Top 20 Teams at the Adventure Racing World Championships