More teams at the Adventure Racing World Championship have been arriving the final transition, which is in the coastal town of Sada at the mouth of the Ria de Betanzos, an ocean inlet which the teams paddle as the penultimate stage of the race. 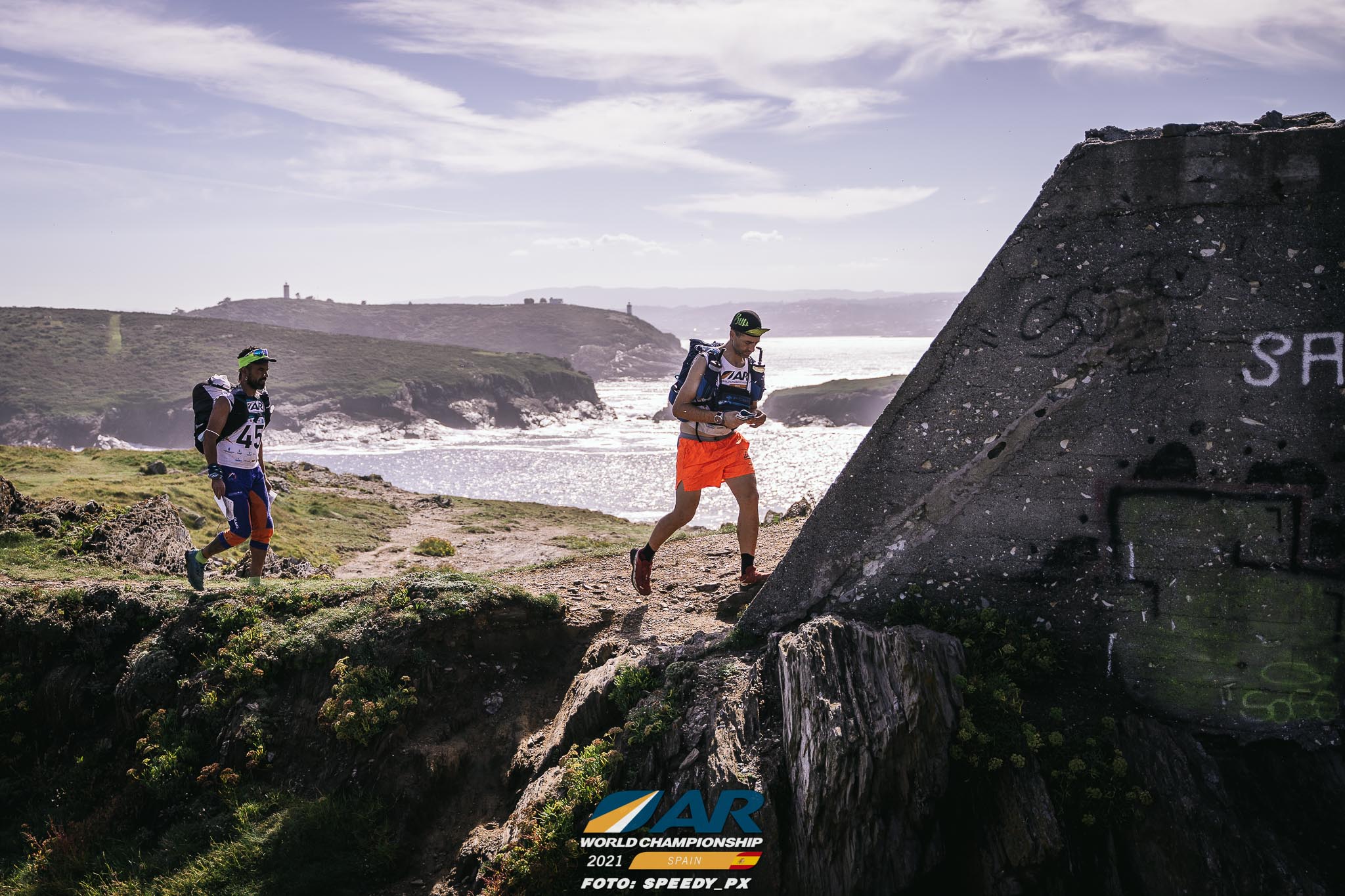 The tidal conditions mean teams have different conditions to deal with as they arrive.  The Greener Team (Sweden) were pulled up on the marina slipway and said they’d had fast conditions to start with, but then hit quite big waves, which slowed them down. They arrived on the retreating tide and just about managed to paddle up to the slipway, but the teams following them were not so lucky.

The retreating water left them with a wade/push across the seaweed covered mud flats, making it a tough finish to the stage. There was a channel, but it was hard to find and the water may have been too low anyway, so teams took the direct route into shore and it was a hard slog.  The mud was thick and hard to break free from, and last night Ron Eaglin of the Adventure Kidney Team (USA) had been shouting that he was stuck, but he made it ashore OK in the end. 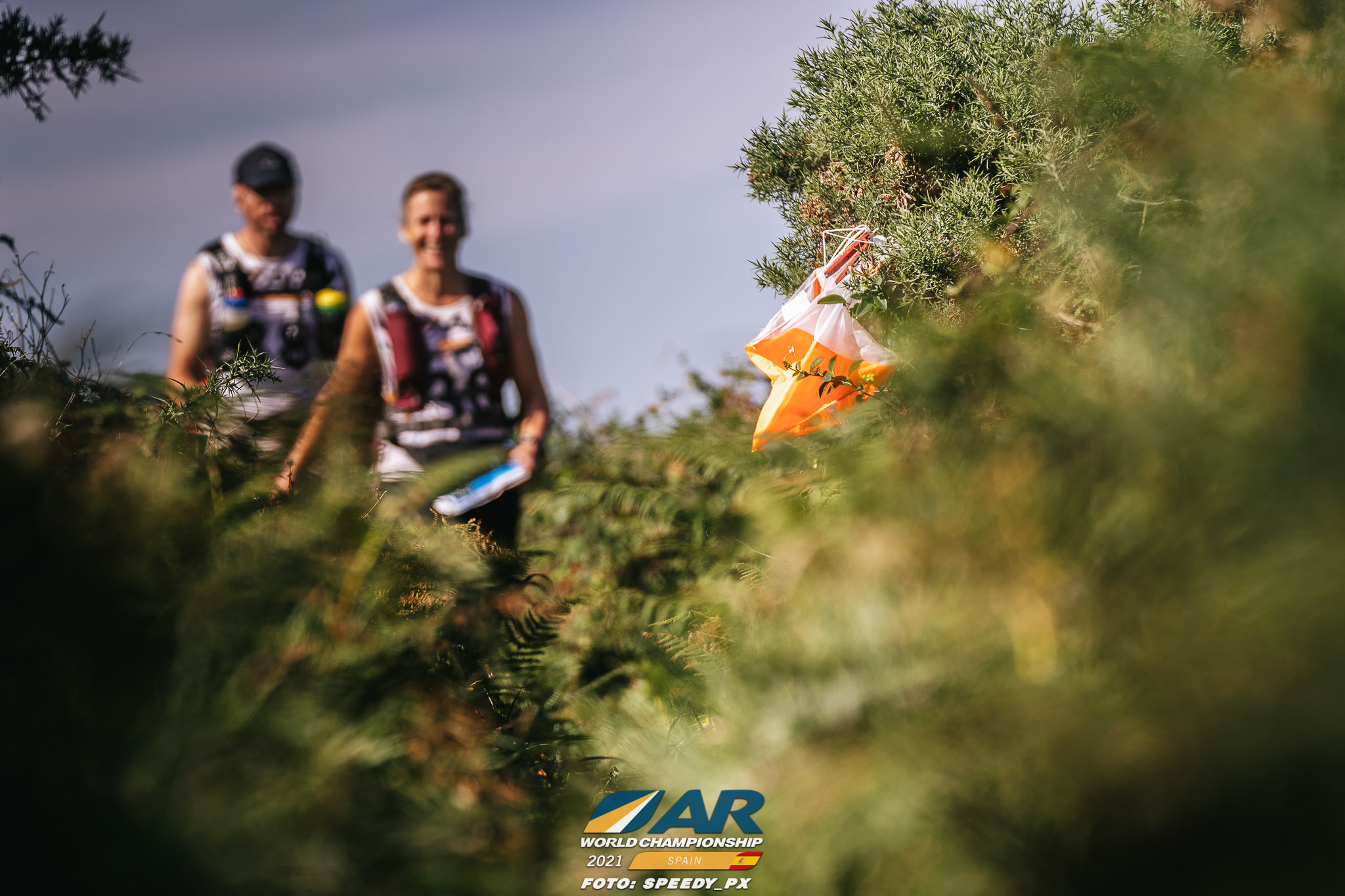 Today, teams are arriving in sunny weather and struggling into the TA, covered in mud and weed, and weary from the struggle ashore, but at least now they know there is just one more stage to go.

The Track the Race team looked in poor shape and shuffled out of the boat yard to walk along the shore to the TA, all walking apart and lost in their own thoughts it seemed.  Arnau Julia winced as he pulled on socks over blistered and tender feet and said, “Usually, I don’t have problems with my feet but this time I am. It’s OK, I can accommodate the pain.” 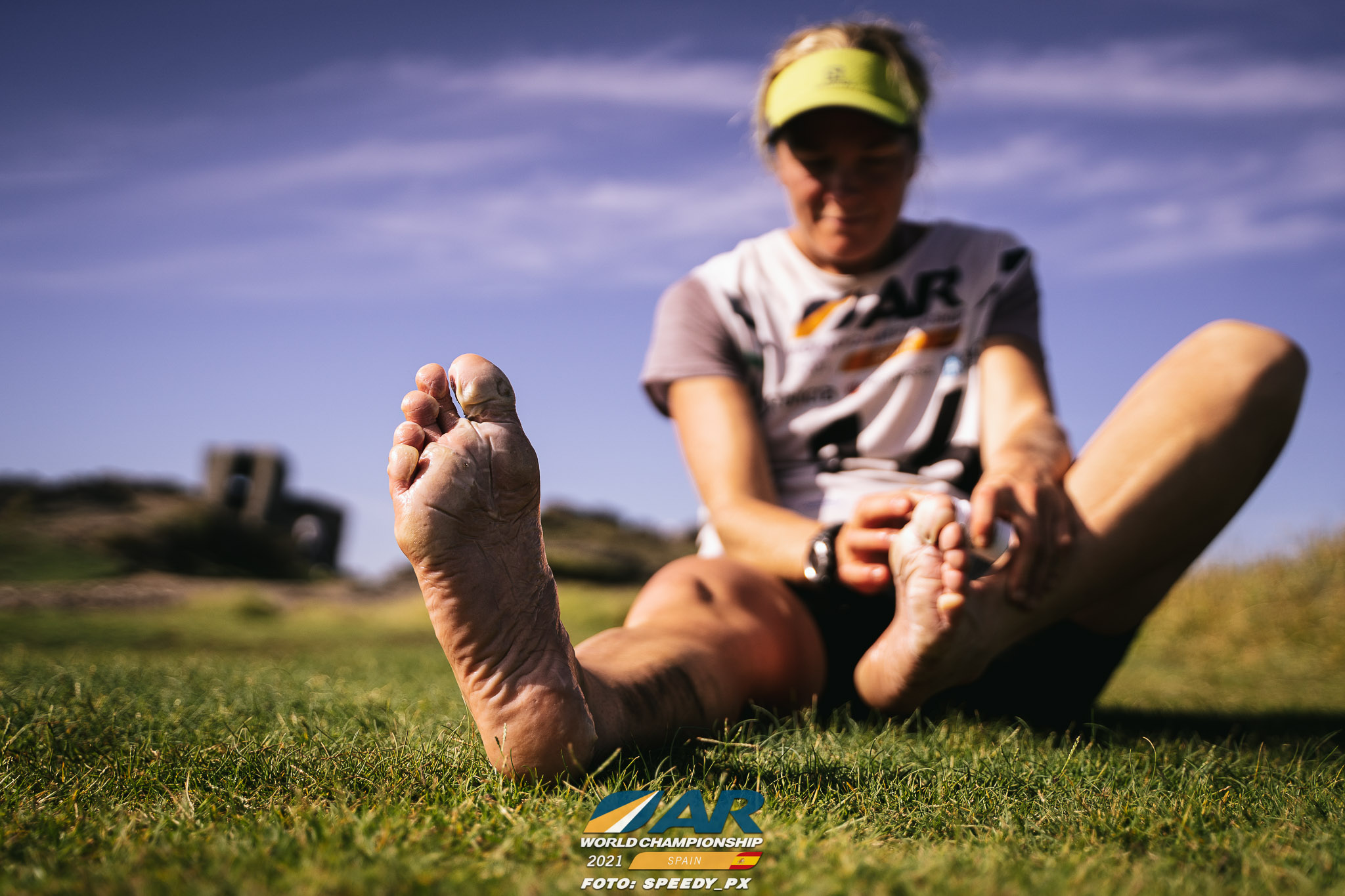 There has been a rush of British racers through the transition this morning, and both the K2 team  and UK Adventurers took the chance to go into the supermarket right by the marina. On a hot day Tom Gibbs wanted an ice cream before starting the final trek, and some cold drinks.  Another Spanish team had borrowed one of the supermarket trolleys to wheel their sodden and heavy paddle bags over to the TA, and they then brought it back and stopped at the café on the waterside. With a shop and café the racers are well served in Sada.

The Israeli team, Raiders of the Lost ARC, were sat outside in the sun at the café and looked relaxed and happy.  This is the only single family team in the race, with Carin Goldblatt leading her 3 sons.  She said the race had been a good experience but commented, “It’s a lot of asphalt.”  That’s been said by many teams and it’s down to the nature of Gallaecia, where the countryside is covered in a maze of small roads serving little villages.

Daniel told me about their race.  “We had to be taken off of the long bike stage,” he said. “We had a mechanical problem we couldn’t fix and the race fetched us and took us to the next transition to continue.” He added, “These things happen but at least today it is sunny. You can almost forget we were in a storm at the start.”  Without that bike problem the team would have been heading for a full course finish.

Another British racer arrived soon after the Israeli team left. Nic MacLeod (a former World Champ), is with the Polish Gymcity team and while two of her team mates struggled ashore with the first kayak, and another waded in, she was left to deal with the second kayak on her own.  Laying on the back of it, she laboriously paddled with her feet to guide it to shore, saying, “when they are full these kayaks are hard to move.”

She added, “We are paying for our long sleep now by missing the tide!  We asked a farmer if he had a place we could lay down and he offered us an apartment with two double beds and a coffee machine!  Then we slept for 6 hours instead of two, but we don’t seem to have lost as much time on other teams as we thought we might have.” 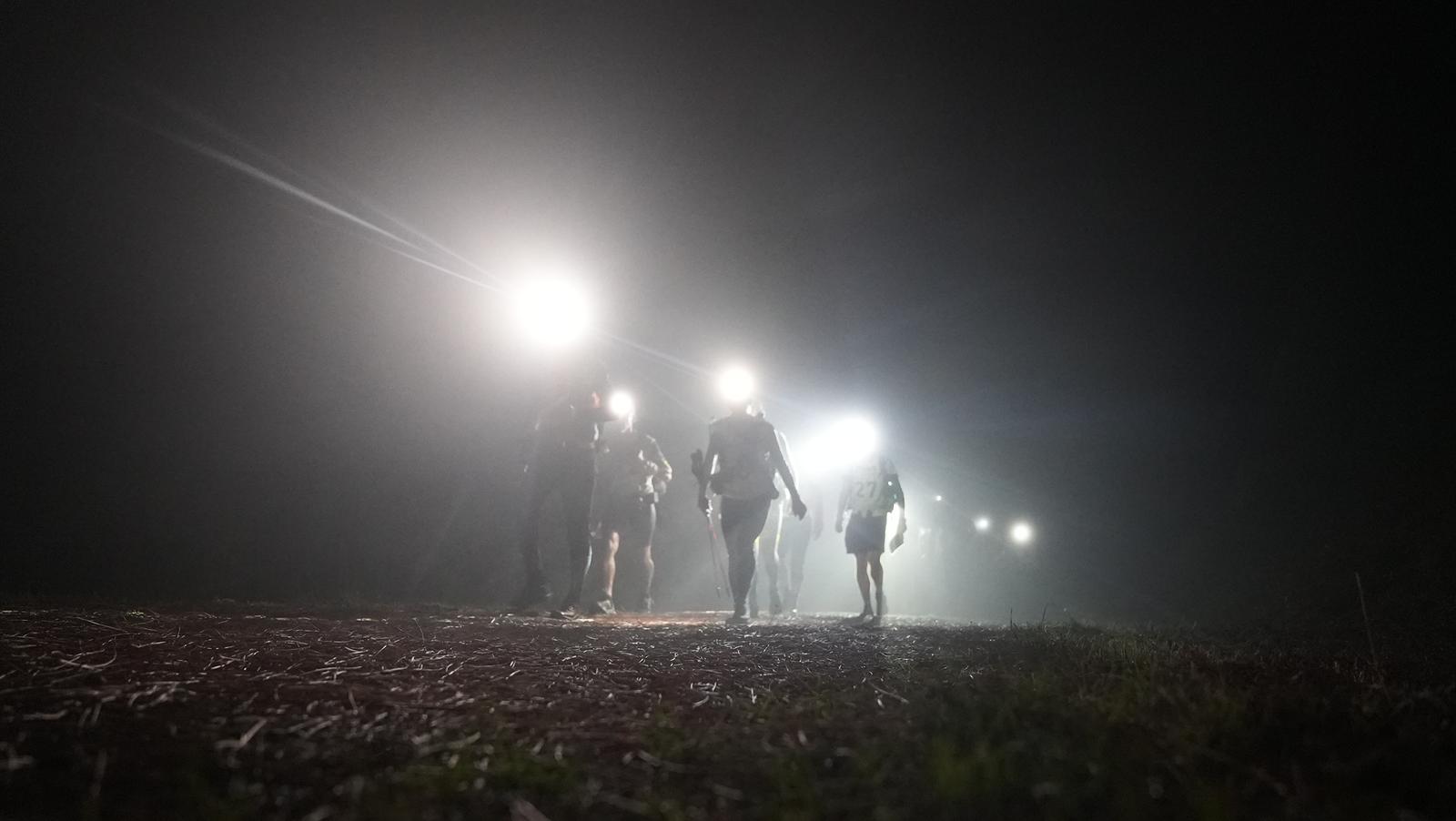 The longer sleep may well pay off as teams have found the final 32km coastal trek hard in the heat and when walking on hard packed trails.  As the team left, race logistics maestro Jose Pires commented, “They are walking normally and look strong.”  It’s rare to see a team not shuffling or limping at the stage.

Another British team soon followed, the Endurancelife team.  They think their tracker has not worked for much of the race and wanted to let everyone know they are fine.  They too are a full course team and will be aiming to finish tonight and have a beer before a full night’s sleep in A Coruna.