Resting Up, Re-Directs and Route Choices 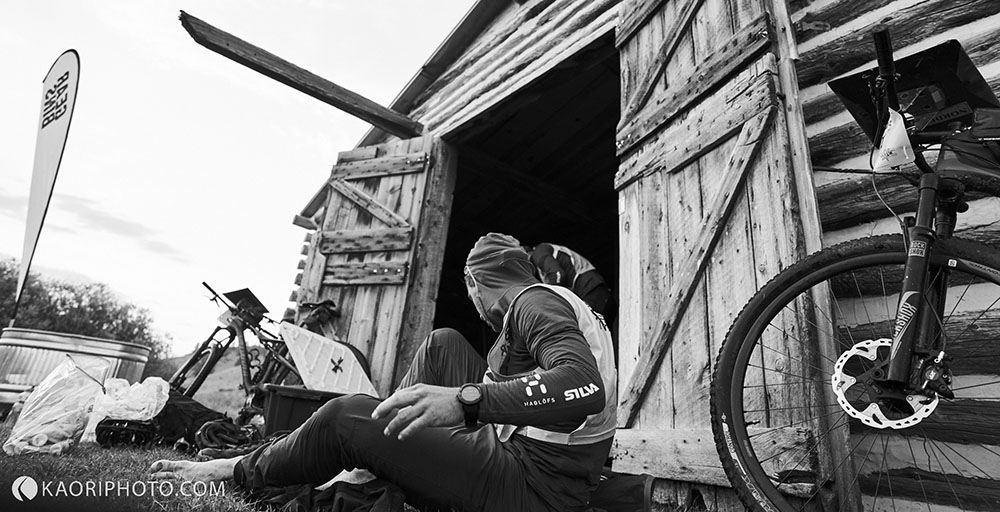 As the sun rises on the 4th day of the race the remaining teams are scattered across the course, and all of them are making tough choices.  For those who are very close to their limit the toughest of all is whether they can keep going at all, but the race has been making adjustments to help those who are at the back of the field.

The race introduced an optional short cut for the teams at the rear to allow them to by-pass the tough 40 mile hike over the Wind River Range, which almost all the teams have found to be really challenging. This allowed them to ride direct from TA7 to CP12 at South Pass City to gain time so they could continue the course and visit the ropes and cave section at Sinks Canyon.  (Otherwise they would have been on their bikes for a long time and missed one of the highlights of the route.)

Not all teams took the option, some preferring to stay on the full course and try to make the cut-off at South Pass City at 13.00 today. Those who don’t make it will have to miss out Sinks Canyon and will still become non-competitive, which is a risk they are taking to try and stay full course.

The TA at the old mining and gold rush town of South Pass City (which is now just a few renovated buildings) has been a good spot for teams to rest up and recover. It’s on the Pacific Crest Trail and is a visitor attraction so there are good toilet facilities and teams had a quiet barn to sleep in where they could settle down on piles of hay bales. Not everyone took the comfortable option, one of the Outnorth Adventure Team chose to sleep on the floor. “I was worried about what else might be in the hay,” he said.

The race staff had less comfort – being on the hard floor of the town jail, which had tiny enclosed cells, and very noisy and active mice!  (James Thurlow, who is worked on the tracking systems arrived late at night and settled down to sleep, then was a bit disconcerted to wake up in a jail cell!)

The medics here were busy with foot care in the jail as well (it is only a very small building) and the saloon owners brought out goats milk and ice cream for the racers during the day yesterday.  As an alternative the traditional Cowboy Tough shot glass challenge was at South Pass City too. The TA check-in table had a row for 4 shot glasses and a bottle of Wyoming Whisky, standing ready for those who wanted to take a shot.  (This has been part of every Cowboy Tough.)

Further forward the teams at the front end of the race are on the trek and pack rafting sections where route choice is more significant and there have been some ranking changes. The Swedish Armed Forces broke away into a clear second place over compatriots Haglofs Silva (who went a different way and then got lost for a while), and teams have choices of whether to trek of raft across Pathfinder and Alcova lakes.  The wind conditions will be the main determining factor here, but the leaders Seagate paddled across Pathfinder on a direct line so conditions must have been good.

At the time of writing the leaders are paddling in Fremont Canyon, with SAFAT the nearest challengers, and the winners are expected to finish later today in Casper.