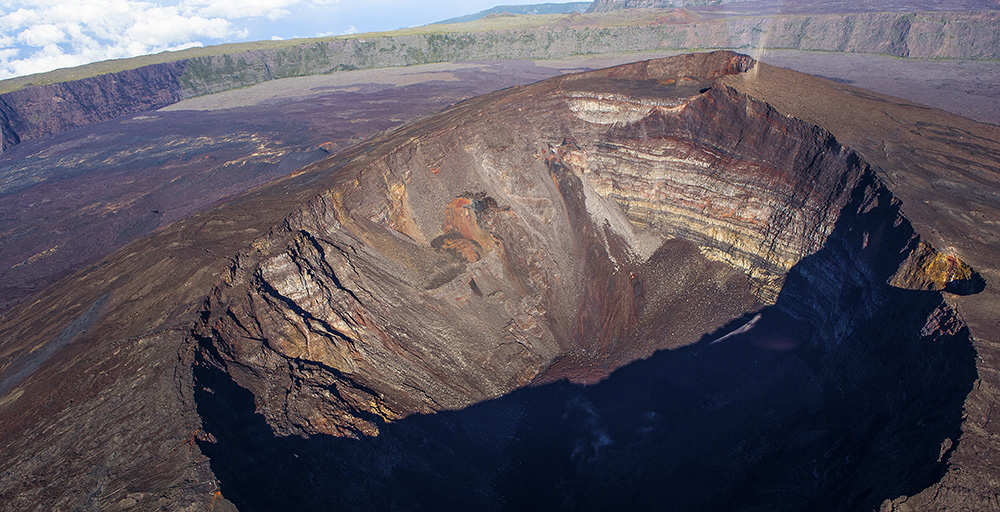 In an expedition adventure race the competitors cram in so many intense experiences and emotions they lose track of time completely, the outside world is forgotten, and their immediate surroundings and team mates are all that matter. They are face to face with nature and in the moment … for a race which lasts a week.

So where better to hold an Adventure Race World Championships than on an island isolated in the middle of a vast ocean, a place which is in itself a world apart, and where the terrain and climate are both beautiful and extreme?

The 2018 Adventure Racing World Championships will start on November 8th on the Indian Ocean Island of Reunion, a location which is perfect for adventure racing at the highest level. Sixty of the best adventure racing teams from around the world will have the whole island as their sporting venue.

Reunion is only 63km (39 miles) long and 45km (28 miles) wide, but into that small area are crammed a shield volcano which is one of the most active in the world, collapsed craters with sheer walls and isolated villages inside them, thousands of waterfalls and miles of deep canyons, dense tropical vegetation and a peak over 3000m high.  There are coral reefs and calm lagoons around the coast, labyrinthine cave systems and white water rapids fed by a climate which is tropical, maritime and mountainous. It’s no wonder Reunion is known as ’l’île intense’.

The course will allow teams to experience all these natural wonders as they travel by bike, foot and boat over a distance of 430km including a total ascent of 17,000m. (That is the height of Everest twice from sea level.)  The teams of 4, all mixed sex, must travel together, unassisted, moving day and night and sleeping at checkpoints or transition areas. They carry all the equipment and food they need with them, and at times this will include mountaineering gear and a pack raft for descending rivers.

The course is set by race hosts Raid in France, who are the oldest event in the Adventure Racing World Series, and have staged a World Championship once before. The race will be in France as Reunion is a French Region – no matter that it’s located in the middle of the Indian Ocean! (French is the island’s language, the currency is the Euro and those flying from France have no passport control when they arrive.)

Raid in France are renowned for their back to nature philosophy, asking the competitors to immerse themselves totally in nature and respect the environment. Teams have to navigate the course but GPS are not allowed, checkpoints don’t use generators or allow litter, and recycled paper is used throughout the event. Everyone involved signs the ‘Back to Nature’ charter to agree this at the start of the race.

Race organisers Pascal and Nancy Bahuaud have planned a course which will take teams between 5 and 8 days to complete. It will be one of the most technically challenging adventure racing courses ever attempted and teams have been warned to, “forget your usual progression times”. A dedicated volunteer staff of more than 100 will marshal the course and move equipment, and over 2000m of rope will be used for the climbing stages.

The course has to be demanding enough to challenge the most accomplished outdoor athletes in the world. The race is the culmination of this year’s AR World Series, which has seen racers compete all over the world, and the winners from series’ races in Paraguay, Sweden, Ecuador, South Africa, Australia and the USA are competing. The European Champions from Estonia are racing too, as are the defending World Champions, Team Avaya of New Zealand.

As champions for the past 4 years they are the team to beat but they know they face the strongest field of adventure racing teams ever assembled and that Reunion Island will be an immensely rewarding place to race, but unforgiving of any mistakes or weakness.