While we were following and cheering teams at AR World Championship in Paraguay, there was another regional race taking place, the “Samui Adventure Race 2022 in Thailand. The newest addition to the ARWS Asia Regional Series Thailand hosted the first official, competition status, ranked, event on the island called Koh Samui. 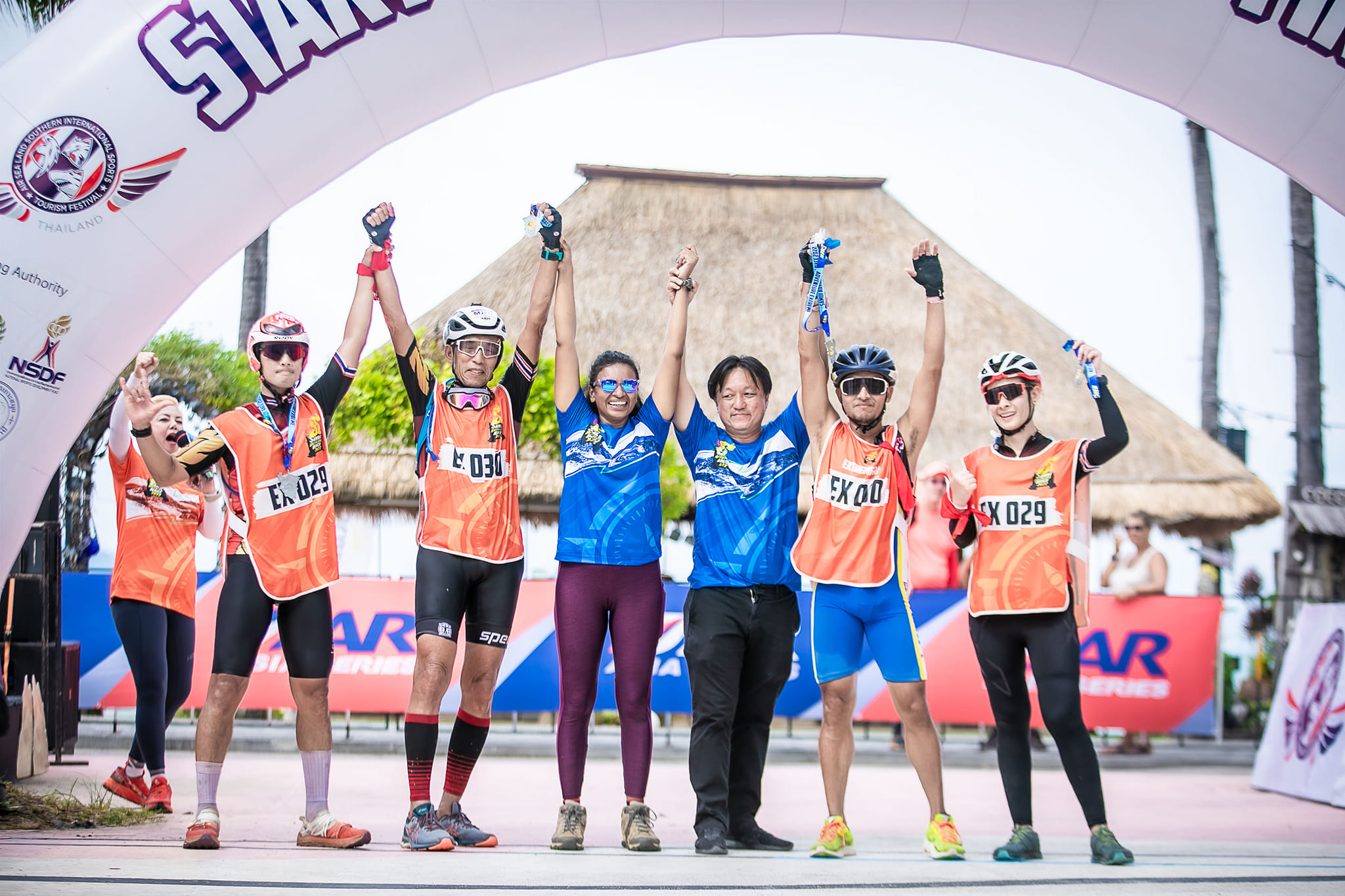 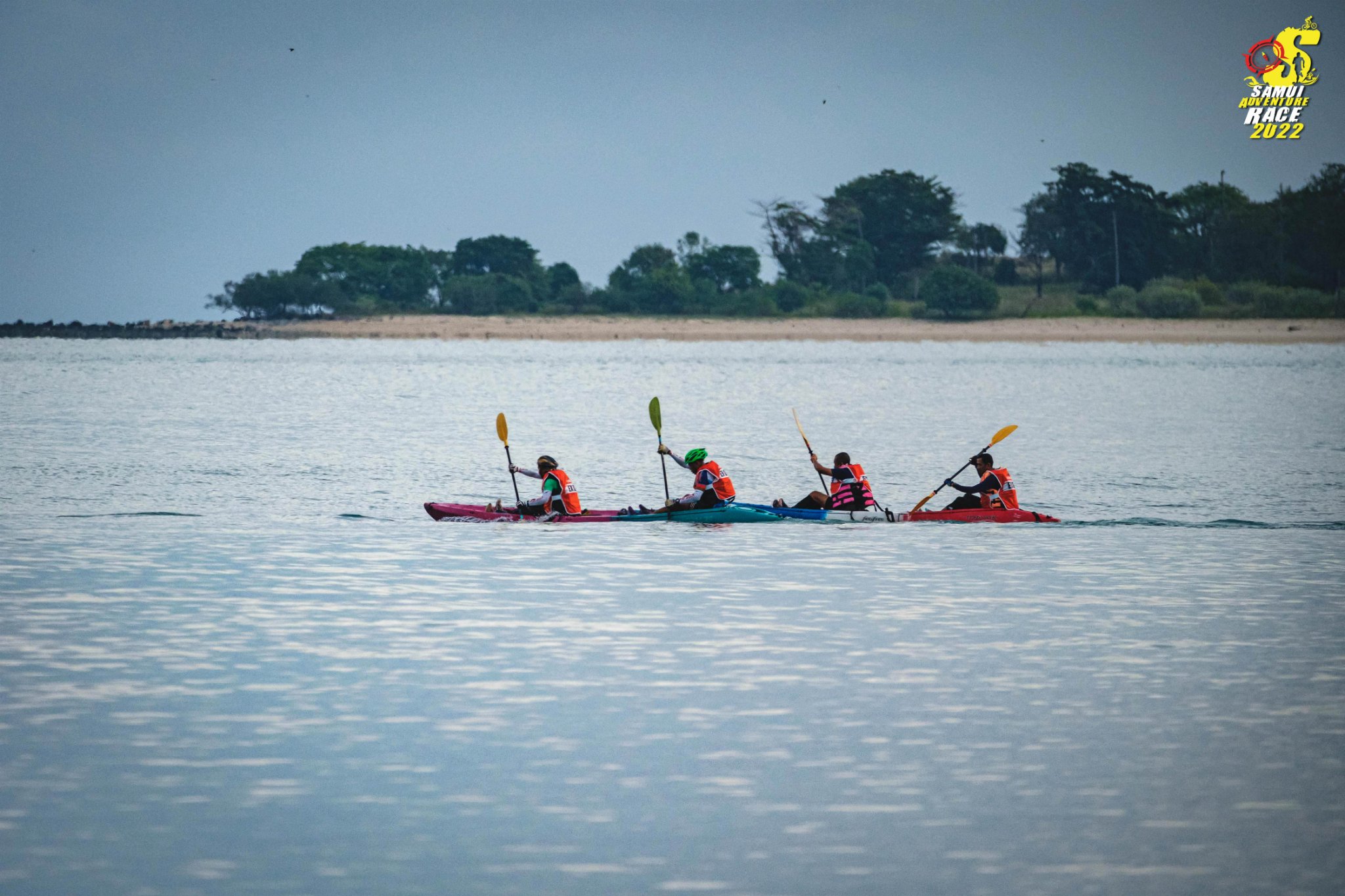 “Mr. Alongkorn Jiamanukulkit” Event Director said “Being part of the ARWS ASIA SERIES is a big boost for adventure racing in Thailand. With this collaboration we are happy to have Thailand on the AR Global platform. We hosted international teams from India and the UK, along with local teams, for this edition and are so excited to showcase our country to the adventure racing community and invite more teams to join us from across Asia and the world for future races. We are thankful for all the support from the Government towards Adventure Racing. Thailand is a country that is perfect for expedition style racing, and we hope to host bigger races in coming years and surprise all of the teams who are looking for more adventures and experiences.”

This race had two categories “Adventure (40km)” and “Extreme (80km)” including, sea kayaking, sea swimming, trail running, MTB and navigation. There were 150 athletes, about 75 teams of two, who took part in various categories (Male, Female and Mixed) and tested their team spirit. 3 teams raced as  a team of 4 in the premier category. 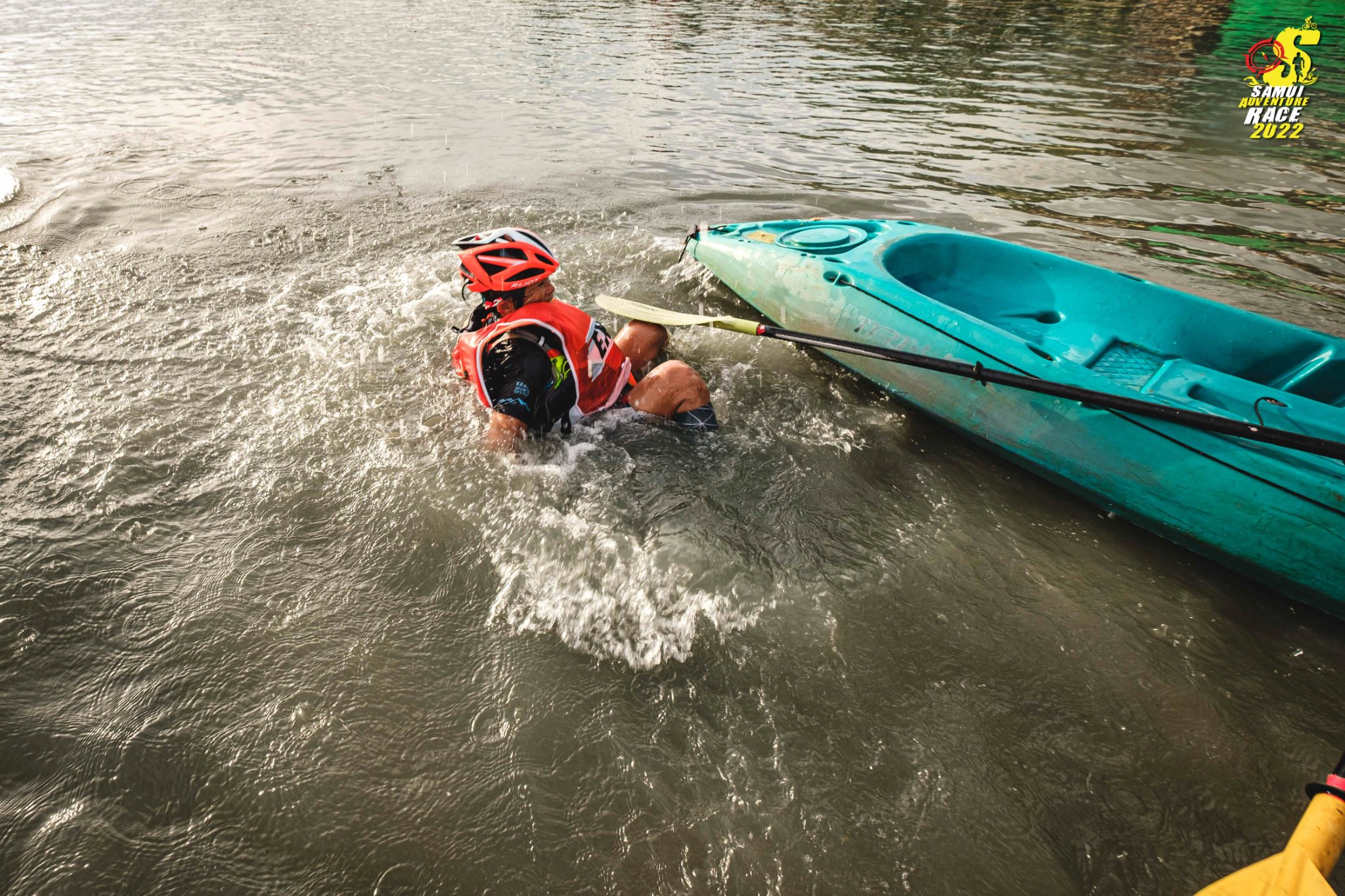 The race was flagged off by the Deputy Governor of Koh Samui and officials from The Sports Authority of Thailand and began with the running leg for both Extreme and Adventure categories. In first leg teams ran on the sandy beaches as well as rocky boulders till the next transition to kayaking. In this 5.5km stage, teams were required to swim for 400 meters and collect 2 checkpoints. After this they continued their MTB section to the next checkpoints, amidst the beautiful rocky mountains, bamboo forest and lush greenery, until they reached the main town to drop their cycles and race to the finish line.

The finish line was near to the Bo Phut Beach. ‘Krabi Adventure Team’ from Thailand ultimately claimed the title of winner of the “Koh Samui Adventure Race” and became the first team to represent Thailand.  There were many first timers who got introduced to the sport and the team format, including seasoned triathletes who wish to race the next event. All of the premier teams which raced  will be receiving ARWS ASIA Ranking. 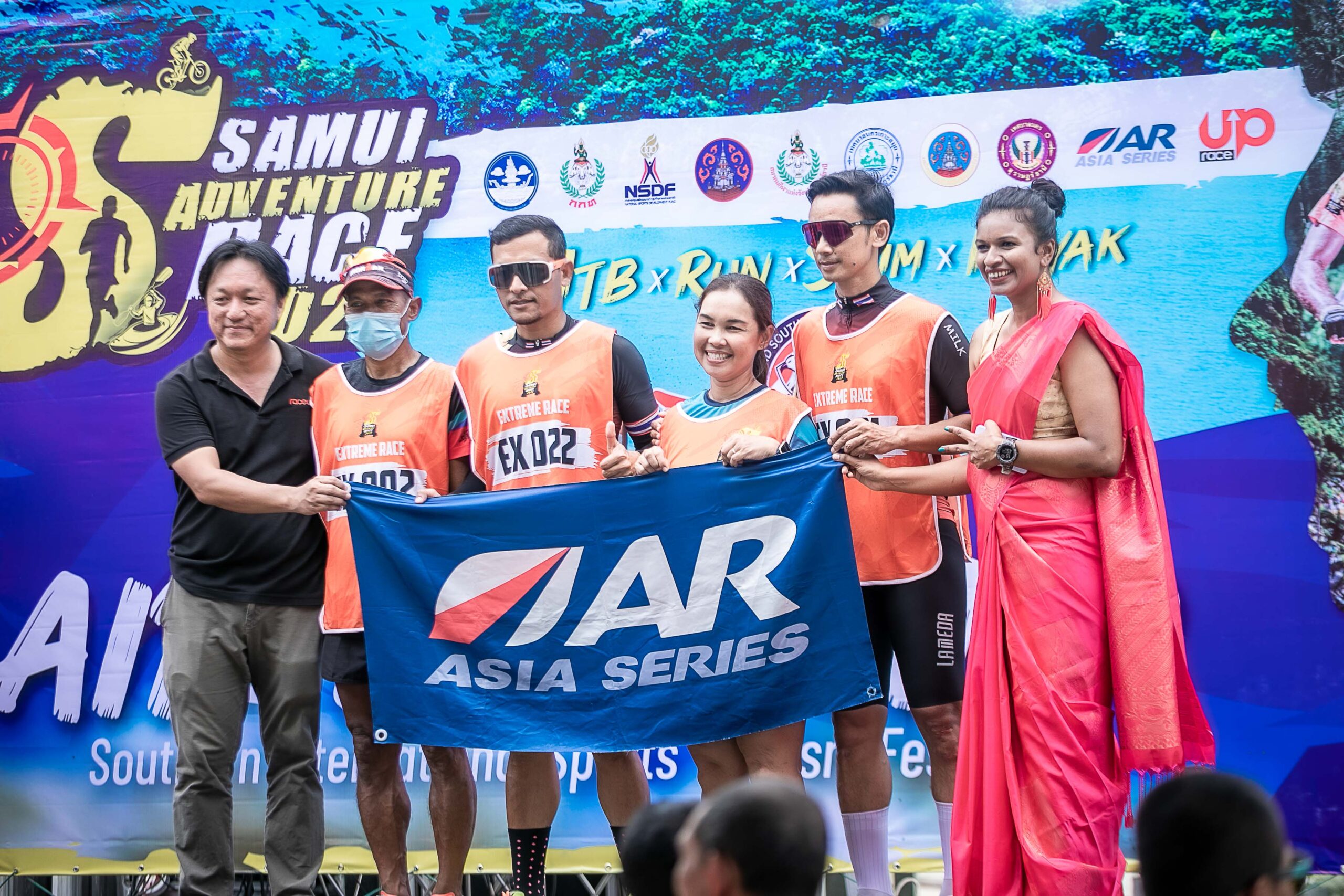 ARWS representative “Ms. Ajita Madan” was there to assist the entire race as part of Asia Competition status and said, “It was a perfect end to an adventure. I am so happy and proud of Team Thailand, who won and raced well. The ARWS community is always encouraging and supportive towards new races and teams. We are really excited to see the sport growing in Thailand and how wonderful it was to have AR supported by the Government. It was a pleasure to be here and interacting with Government officials, partners, sponsors, teams and to handover the Competition Status certificate to the Deputy Governor. We can’t wait to see what’s in store for future AR in Thailand and  now the winning eam is all ready to travel to India for their next Adventure Race, scheduled to take place in December 2022.” 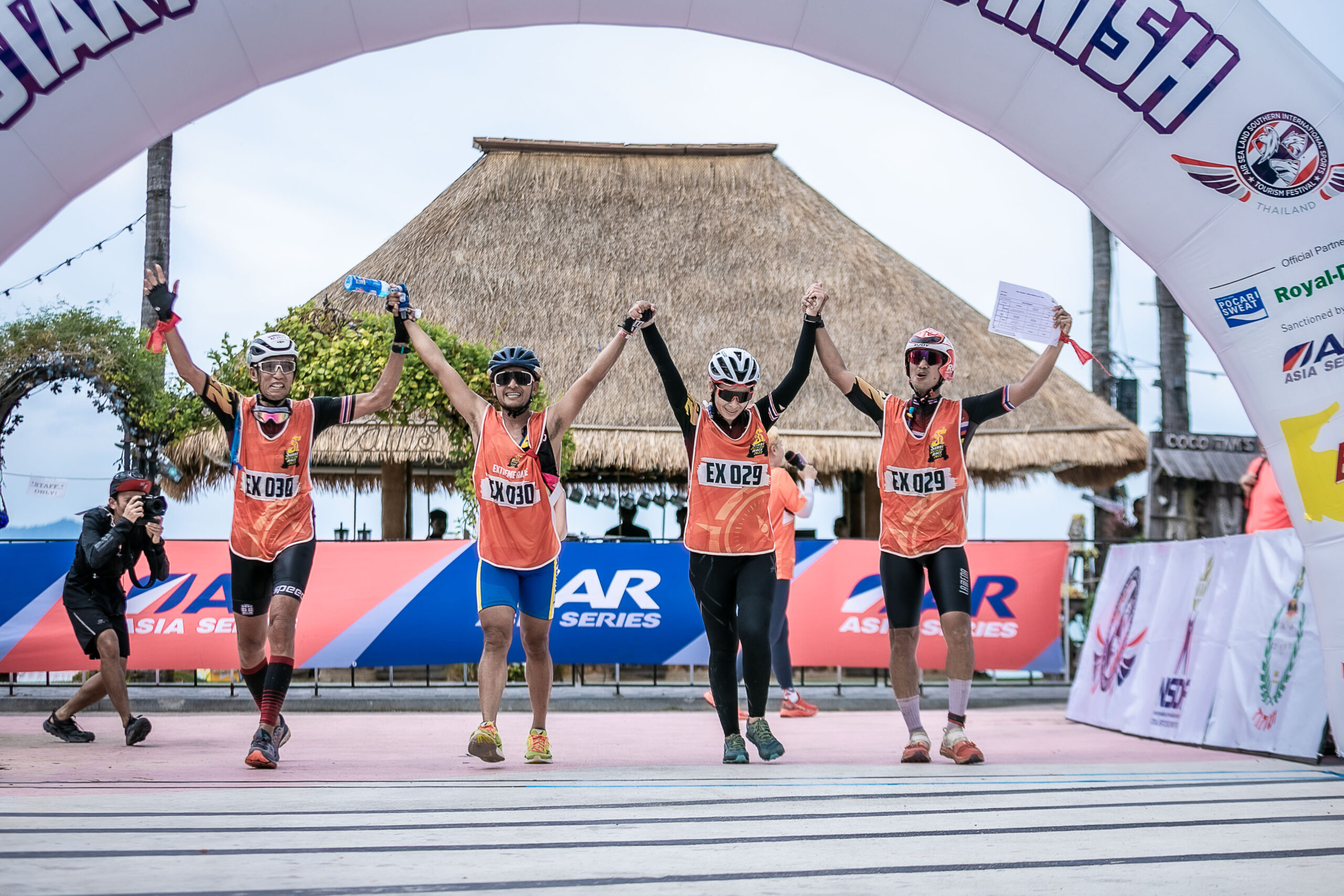 Big thanks to all the partners and sponsors for supporting Samui Adventure Race 2022. 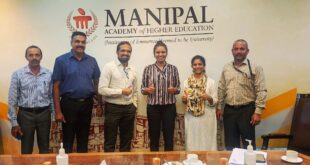 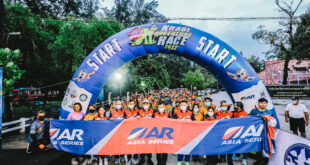 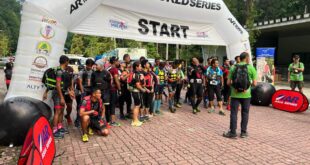 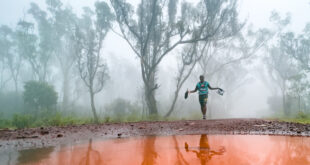 India has successfully hosted their first Adventure Racing Championship, and the host venue at Chikkamagalur …