HuairasinchiMovistar ARWS 2018: The Route of the Sacred Water 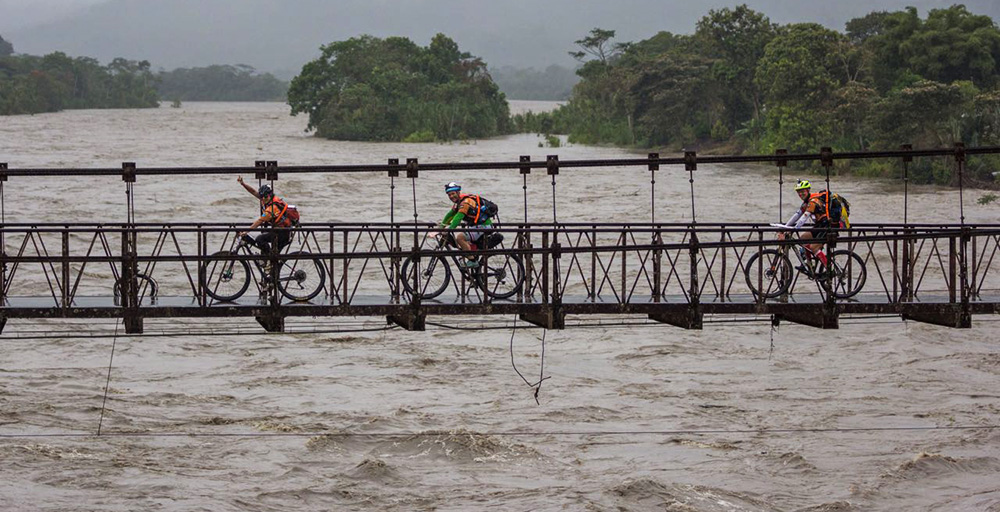 HuairasinchiMovistar ARWS 2018, started, today, Sunday July 22nd, and as usual in adventure races, with many unforeseen circumstances, solidarity and excitement. Follow the action live at http://live.arworldseries.com/ecuador18/

Teams started the day very early since buses left Hotel Sangay in Baños at 4h30am to take all teams to the start line at Canelos. The organization choose a good name for the 2018 route, “the Route of the Sacred Water” since water has definitely been a protagonist of the race. Rain started falling right after the briefing done on Saturday night, at Baños City Hall when teams got introduced and received their maps, and rain did not stop pouring since. Teams had their first shower getting on the buses. When they arrived at Canelos, the organization had taken the decision of delaying the start to 8am to evaluate weather conditions, and then to 10am. The river kept growing and at 9h30 the organization decided that the weather did not provide the necessary safety conditions to do the water leg. Not only had the river grown, pieces of wood and trees kept steering down the river making it impossible and dangerous for teams to navigate in those conditions. All teams understood and where relieved when the organization announced that the kayak leg was cancelled.

The race started with 31 teams on a short run to the Canelos coliseum, 19 Elite teams, 12 Aventure teams (number 18 did not start the race). Teams first objective was to do a fast transition into biking, for Elite teams, and trekking for Adventure teams. Since day 1 for Adventure teams was all kayak, this stage was replaced by a rainforest trekking of approximately 12k to Community Bolivarense along the Lupambi River. Then, they were taken by buses to Rio Verde. 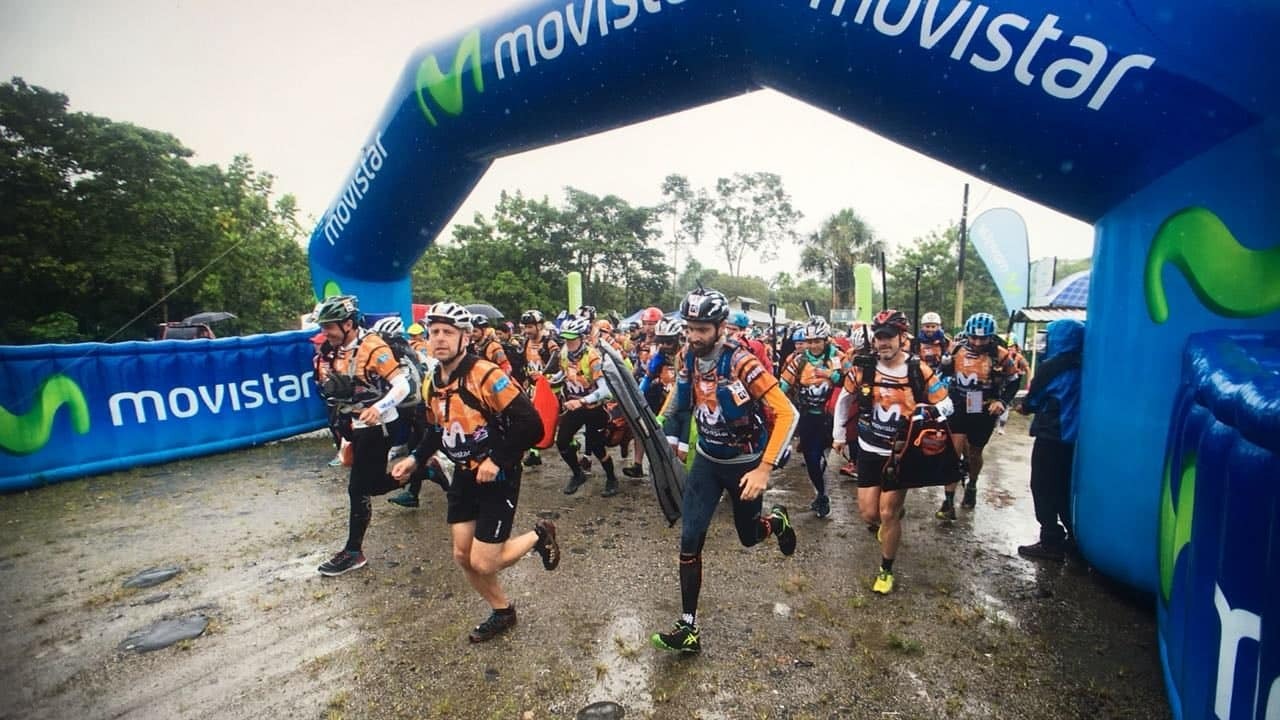 Elite teams, however, did get into the water, but not with kayaks, with their bikes and their friends. They reached a small river, Antonio Yacu, which is normally a river people cross walking, and cars cross without a problem, but the rain turned this small river into a turbulent, wide, fast-flowing one. Faced with this scenario, the first teams stopped until the first 9 gathered to find the best solution to cross it. A human chain was the solution. The 36 members of the teams, crossed the river holding hands with their bikes. No one from the organization had reached this section yet, so they, in an incredible, fair-sport manner, re-started the race at the other side of the river in the same order they reached the river, giving themselves two minutes in between teams to keep the same order. The race referee, at the other side of the river had no idea how these teams crossed over due to the noise of the turbulent water, however he was astounded and genuinely touched with the solidarity and support teams showed in this circumstance; a beautiful example of what defines adventure racing.

The teams that reached the river after the first nine where stopped by the race referee since it was very dangerous to cross. After looking for solutions, they came up with an amazing one. Thanks to the help of the locals, they placed thick planks over a bridge under construction and crossed the river together, with more than one paralyzed due fear; but they all made it. 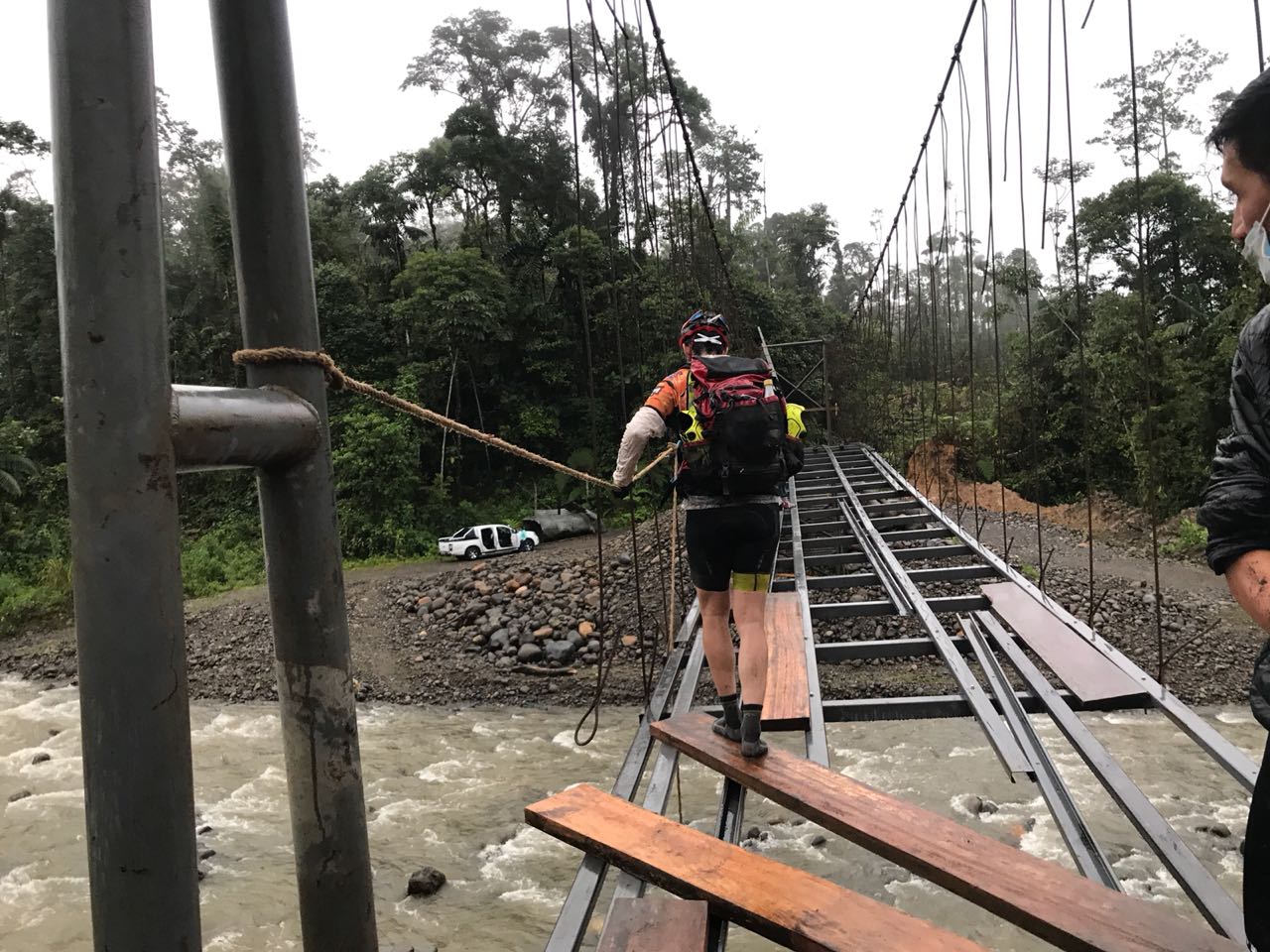 Unfortunately, very early on the race, Daniel Tincu from team 16 had unsolvable mechanic problems with his bike, which got him out of the race and the team continued with three members, as unranked or non-competitive. Later on, the day, team 6, Las Guambras also lost a team member, Marga, due to stomach problems, but the rest continued.

Elites teams have advanced at an excellent rate during the bike leg that started at 530m and reached 1,500m. This first bike section was very fast, which led to teams making some orienteering mistakes. They had to cover 127km of biking to complete CP4 and CP5.

During this first day, the first team to reach TA2/CP6 at Rio Verde was team 9 – Movistar Ecuador, followed by team 1 Movistar Terra Aventura; team 17 Kiwami Team (France); and team 8 New Zealand. Fourteen teams have reached TA2 so far, and will continue during the night to Parque La Familia for a 29km trekking leg that includes an incredible daring rope system.

Follow all the action of the race live at http://live.arworldseries.com/ecuador18/   The social feed from the organisers can also be found at https://www.facebook.com/Huairasinchi/ and https://www.instagram.com/proyectoaventuraec/ 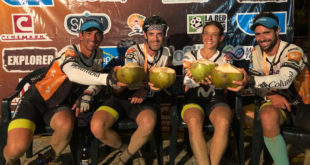 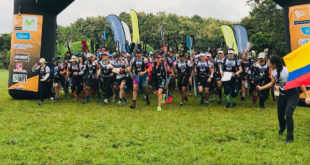