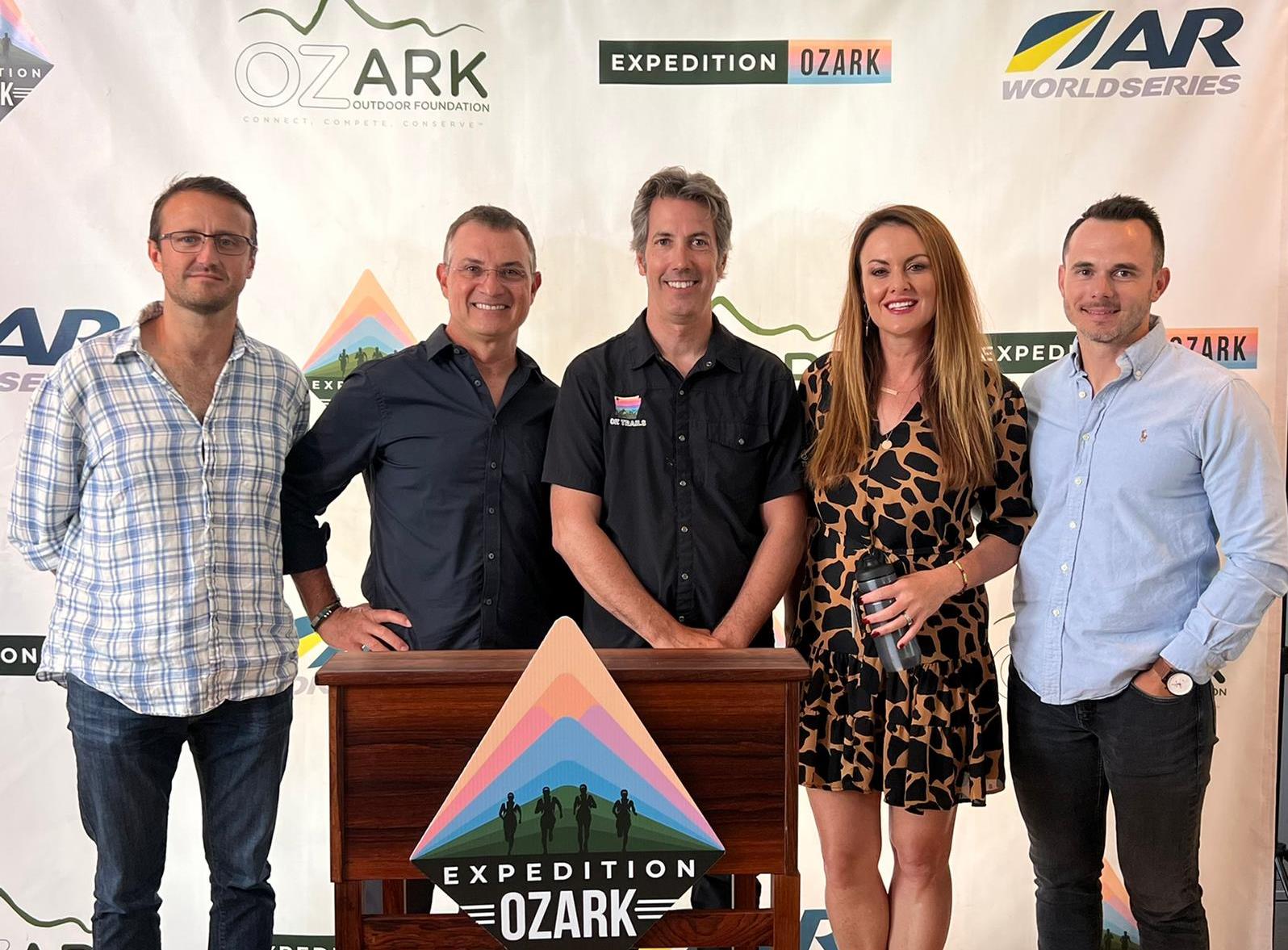 The Adventure Racing World Series yesterday welcomed Expedition Ozark to their race roster for next year.

At a launch presentation in Bentonville, Arkansas, attended by ARWS CEO Heidi Muller, the new expedition race was announced by The Ozark Outdoor Foundation for April 3-8th next year, and the full launch press release is below.  More details will follow soon.

BENTONVILLE, ARK. (June 16, 2022) – Some of the world’s best adventure racing teams will be in Northwest Arkansas April 3-8, 2023 for a new race on the Adventure Racing World Series (ARWS) calendar of World Championship qualifiers, organizers announced Thursday. The Expedition Ozark race will be a new race on the AWRS World Circuit and one of just four held in North America.

ARWS is the preeminent organizer of adventure racing in the world and its events feature mixed gender, 4-person teams who hike, bike, paddle, climb, and run courses across hundreds of miles over 5 days. Each season culminates with the ARWS World Championship, which will be held in South Africa in 2023.

“We are excited to make this announcement as we believe the Expedition Ozark race will showcase the rugged beauty of the Ozark region to the best adventure racers in the world and bring the global spotlight again to Northwest Arkansas after the successful 2022 Walmart UCI World Cyclo-Cross Championships put our region on the international stage for cycling,” Michael Spivey, President & CEO of Ozark Outdoor Foundation told the audience gathered at Blake Street House in Bentonville.

Ozark Outdoor Foundation is a nonprofit organization that supports outdoor recreation events in the region such as the 2022 UCI Walmart Cyclo-Cross World Championship, the Moosejaw US Pro Cup, and the Walmart Joe Martin Stage Race, among others. 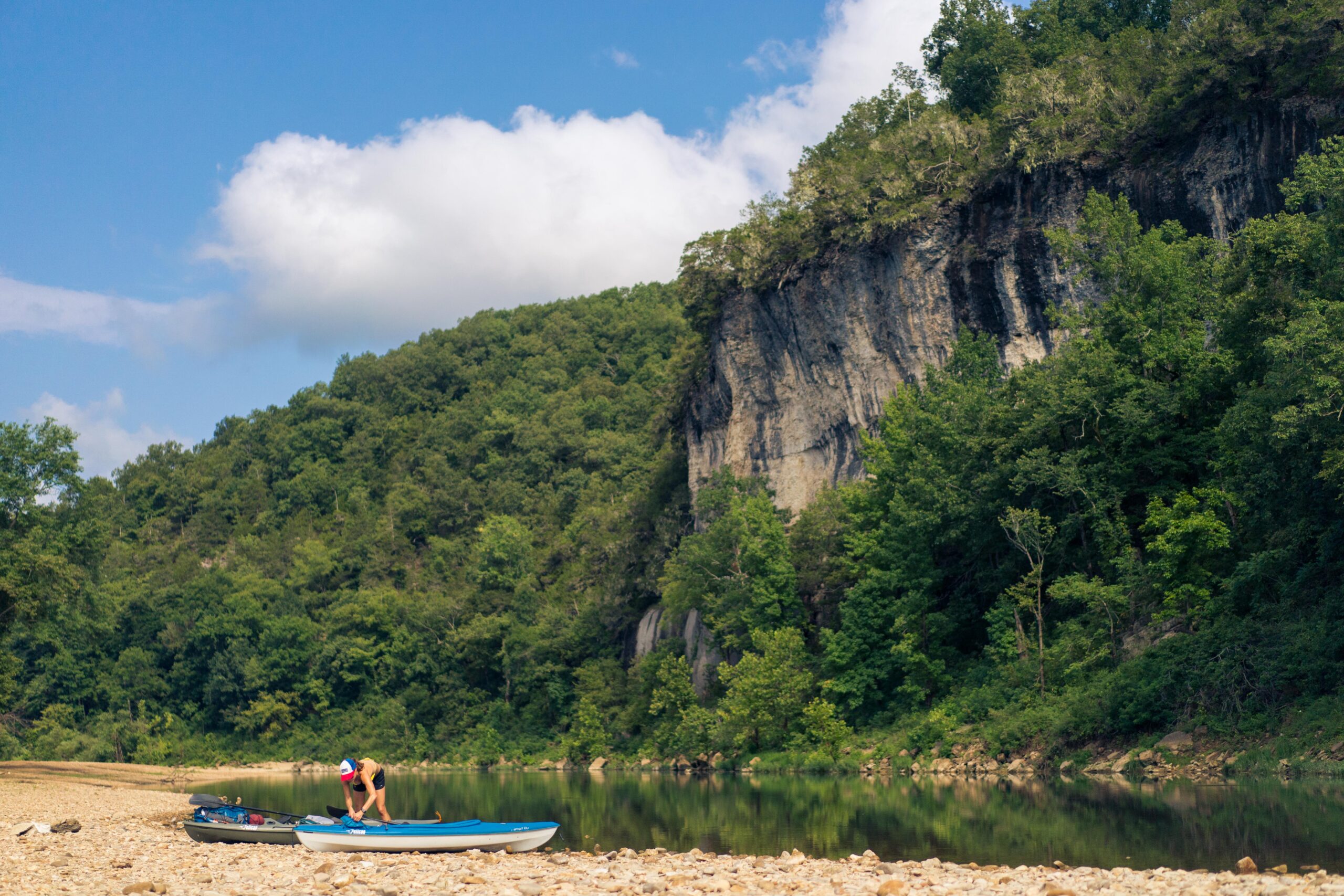 The multi-day, multi-discipline race attracts top adventure racing teams from around the world and includes activities such as, trekking, orienteering, packrafting/paddling, and climbing/rappelling. Expedition Ozark is a priority entry event for Adventure Race World Series.

Heidi Muller, CEO of AWRS based in Johannesburg, South Africa made the formal selection of Northwest Arkansas after scouting the Ozark terrain.

“We endeavor to make our races unique by highlighting the most beautiful parts of each country to the world. Whether it is ocean coasts or riverbanks, forests or jungles, sandy deserts or rocky mountains, racers are always excited to tackle the unique challenges of every course and in doing so, they provide exciting entertainment for spectators watching from around the world,” Muller told the group.

Race Director Danny Collins said the race route will remain secret until the day before the race “but you can expect to see athletes trekking, orienteering, packrafting/paddling and climbing/rappelling to a finish line over the course of three days.” We are also seeking a World Championship adventure race in Arkansas in the future,” Collins announced.

Spivey said the race would not be possible without a partnership with the Walton Family Foundation, University of Arkansas for Medical Sciences, Arvest Bank, Walmart, and the other sponsor/partners from around the region. “We are all in this together with a goal to make Arkansas a leading outdoor recreation destination.”

“Bentonville is home to the best mountain bike single track in North America, which traverses through some of the most rugged and spectacular public and private lands in the region,” said Gary Vernon, program officer for the Walton Personal Philanthropy Group. “Such amenities have significant impact on the quality of life of an area and serve as another tool in the toolkit for recruiting talent and attracting commerce.” 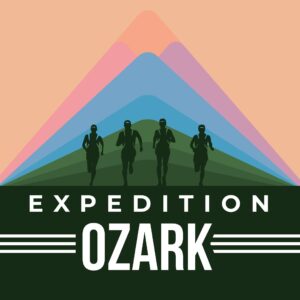 About the Ozark Outdoor Foundation

Ozark Outdoor Foundation is a charitable organization that creates healthy and enriching outdoor recreational experiences in Arkansas that honor and celebrate the natural beauty of the Ozarks and elevate the region as a better place to work, live, and play. To fulfill the mission, Ozark Outdoor Foundation partners with organizations to host, create, and operate a variety of outdoor recreational events in Arkansas. From world-class championship caliber races to fun outdoor family events, the foundation aims to position Arkansas as a premier outdoor recreation destination where all are welcome regardless of ability. More at: www.ozarkfoundation.org.

Expedition Ozark is a world-class, expedition-style adventure race in the scenic Ozarks of Northwest Arkansas. This multi-day, multi-discipline race attracts top adventure racing teams from around the world and includes activities such as, trekking, orienteering, packrafting/paddling and climbing/rappelling. Expedition Ozark is a Demonstration race for Adventure Race World Series. The race is stationed in Bentonville, Ark., home to the best mountain bike single track in North America, and traverses through some of the most rugged and spectacular public and private lands in the region, showcasing the incredible beauty of the Ozarks’ backcountry.  www.expeditionozark.com 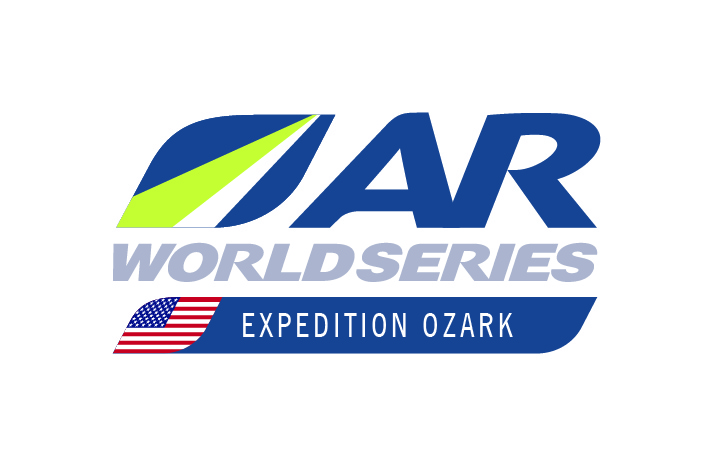