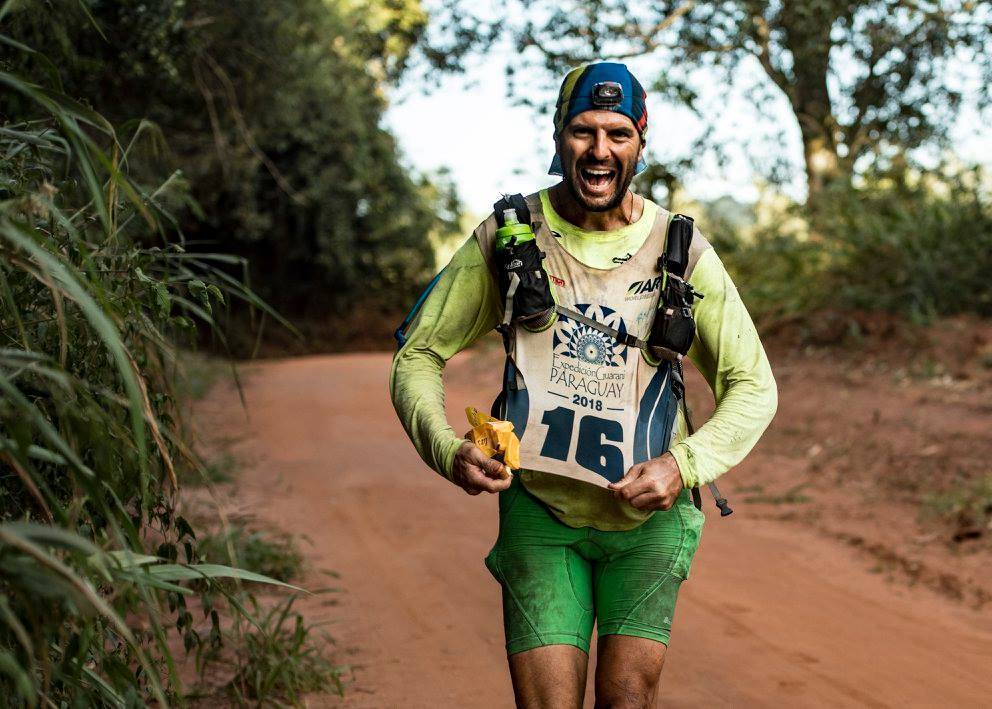 The race will be hosted by Expedición Guaraní, a member of the Adventure Racing World Series for the past 4 years, and will take place from September 10 – 19th with the 500+km course open for 7 days.

It is a return to South America for ARWC after a break of 5 years (previous races were held in Brazil and Ecuador), and Paraguay is the 14th country the championships have visited around the world.

The landlocked tropical country will be a new destination for many teams who compete across the Adventure Racing Wold Series, and as adventure travellers and competitors they will relish the chance to visit this fascinating country.

Those who have raced at Expedición Guaraní before will tell them the people of Paraguay have an informal and welcoming nature, and the race is renowned for its tough courses, friendly welcome and professional delivery.

The organising team is lead by Gustavo Borgognon, with world renowned racer Urtzi Iglesias working as course planner, and their emphasis is on giving racers the best possible experience of the country.

Borgognon has been adventure racing since 2001 and before realising his ambition to stage an expedition race in his home country he gained firsthand experience with a commitment few Race Directors could match!

“From February 2013 to August 2014 I participated in 6 expedition races, all of them from ARWS, including the World Championships in Costa Rica.”  At these races he met Urtzi Iglesias, whom he raced with at ITERA (Wales 08/2014), finishing fourth, and it was after this experience Urtzi and Gustavo decided to join forces to organize the first 5 day expedition race in Paraguay in 2015.

The race joined the World Series in 2016 and has since attracted some of the world’s top teams, including Naturex (FRA), Columbia Vidaraid (ESP), Cyanosis (RSA), Ansilta (ARG) and Quasar Lontra (BRA). 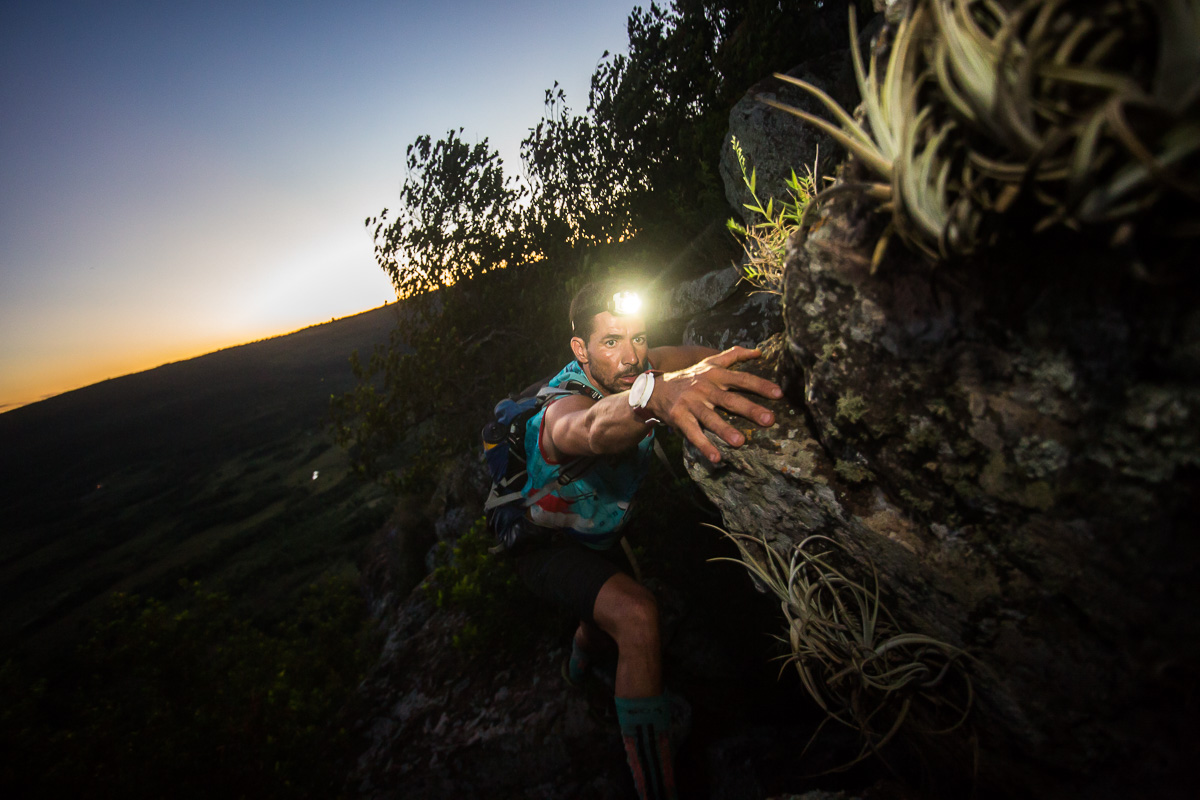 “Paraguay is a beautiful country, still very young but eager to progress, full of extremely helpful people and with a great love for sport and nature,” said Borgognon. “We want the race to be remembered for its beautiful landscapes, but above all for the excellent service teams receive. For us to host the World Championships is a dream come true and something we have worked towards since establishing Expedición Guaraní. It is an acknowledgement of all the hard work and the endless enthusiasm of our team and we are excited to welcome all the best adventure racers in the world to Paraguay!”

Iglesias has a reputation for tough but innovative courses and said; “Paraguay offers an amazing diversity of natural landscapes and its mountain ranges, streams, wetlands and waterfalls offer unbeatable conditions for adventure racing.  This country is open to sharing and the hospitality of its people to all other cultures is part of the Expedición Guaraní experience. Adventurers can enjoy its mighty rivers, its crystalline waterfalls, its unexplored hills, its lush forests and its majestic and unique sunrises and sunsets.”

He continued, “Paraguay has a deep-rooted tradition of adventure racing (or Ecoaventura, as the racers here call it). Many events are held throughout the year and the eco-adventure family embrace the races in an unparalleled way.  Then the family gets together for Expedición Guaraní to offer the best to the racers who come to compete.  Their passion, joy and desire to help, make everything about the race simply unforgettable.

“For ARWC 2020 racers can expect challenging navigation, especially on the jungle, forest and bush trekking sections. They will get the chance to visit some wonderful corners of a little known country and also to meet and interact with the people who live there.  Teams will spend time paddling sinuous rivers and riding their bikes through all types of terrain, cobblestones, sand and dirt roads or even old train tracks.” 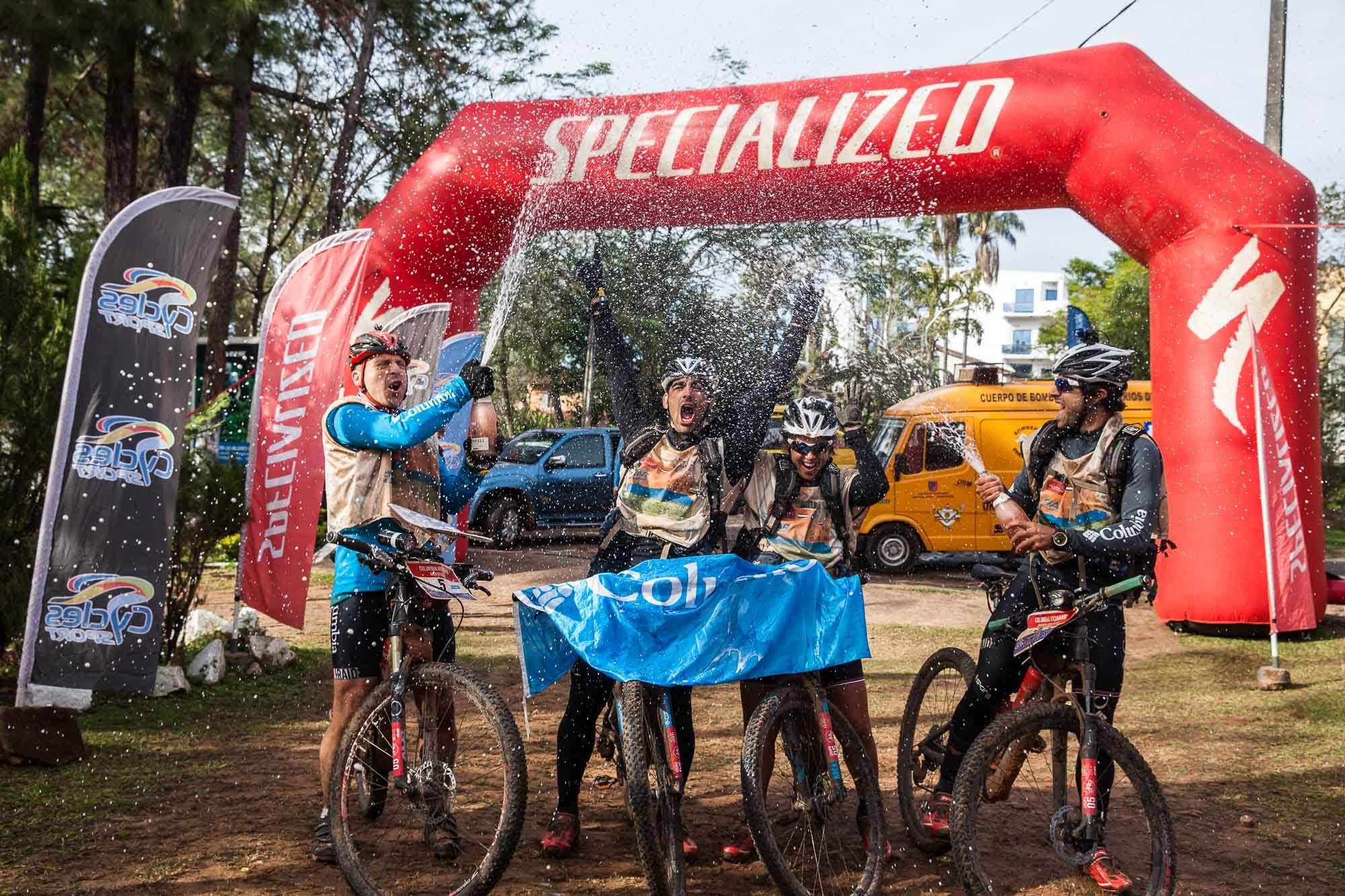 The racer who knows the event the best is the World Champion from 2009 Nick Gracie, who has not missed the race during all its 5 editions. “The Expedición Guaraní organization is always impeccable,” he said. “From the moment you land until you fly back you feel at home thanks to the incredible reception of the staff.

“You really go off the tourist map to places where few visitors are seen.  The people live a very simple life and are super friendly so I’ve made lots of friends there and teams are so well looked after by the race. They provide hot food at transitions and even take your bike and laundry to clean afterwards!” 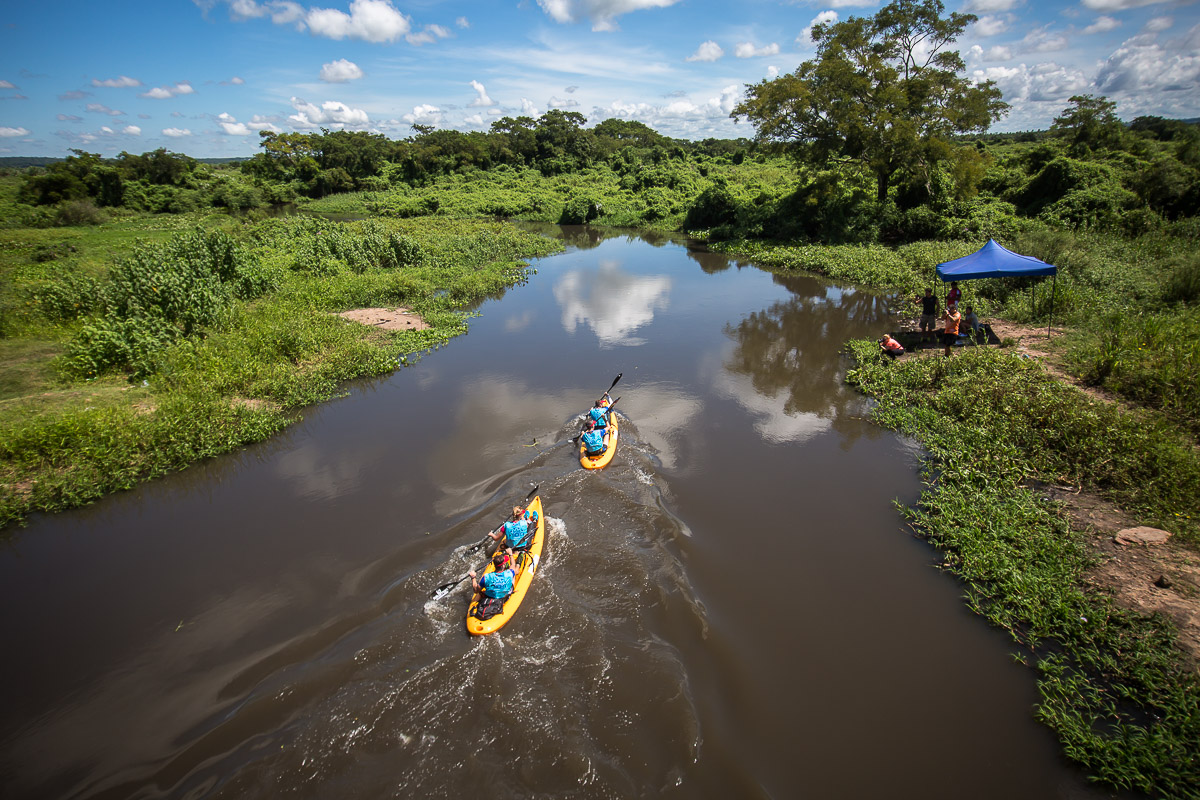 Race winners in 2017, Team Cyanosis of South Africa were equally impressed with the race service and with the course.

“Expedición Guaraní limits briefings and meetings to the barest minimum,” said Nicholas Mulder. “It is very informal and all the information was well laid out in the race book by Course Director Urtzi Iglesias.  It was simple and clean, and it was fantastic and allowed the team to relax and focus on the race itself.

“It’s a true expedition style race, with long stages and few transitions, and we were treated with the kind of hospitality and friendliness that would become the catalyst for the entire race. This was extended by the local Paraguayan communities we encountered during the race who were so hospitable, no matter what time of day or night.” 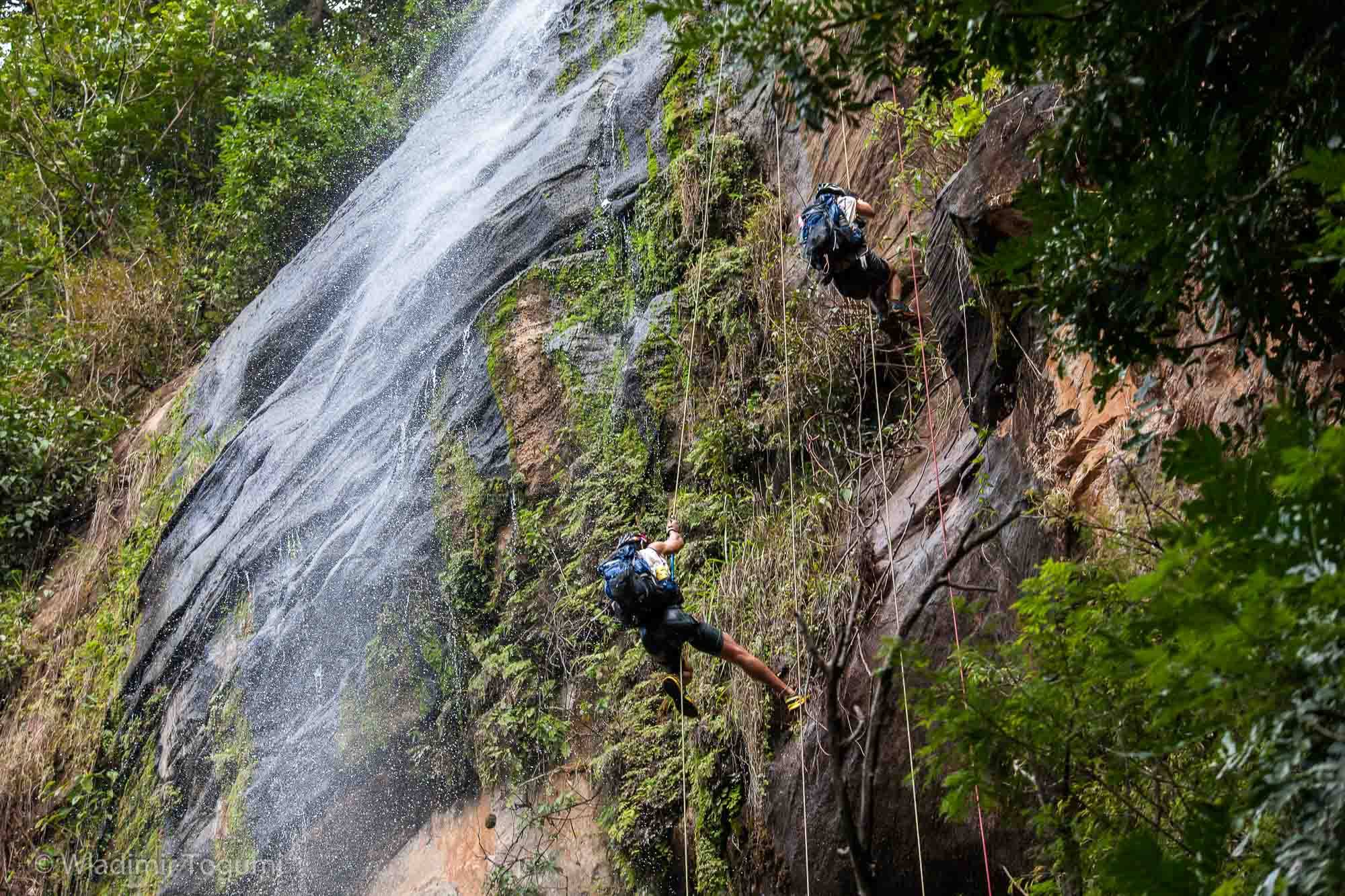 Announcing the 2020 World Championship location AR World Series Director Craig Bycroft said, “When I visited the race in 2017 and acted as referee I found the country very welcoming and was well looked after.  I could see Gustavo sets high personal standards and pays attention to detail.

“Expedición Guaraní has a unique character and with their highly professional and passionate adventure racing community and their commitment to supporting the racers they will make perfect hosts for the World Championships. Paraguay will offer teams a very different terrain and challenge to recent ARWC events and a chance to explore a country and culture which will be new to them, and that is what adventure racing is all about.”

About the AR World Championships

The World Championships is the culmination of the AR World Series and top teams from the series win places, however entries are also open to other experienced and local teams who want to race at the highest level in the ultimate endurance sport.

The World Championships has been running since 2001 and has taken place in 14 countries with teams from 6 different nations taking the title. Team Avaya of New Zealand are the defending champions. 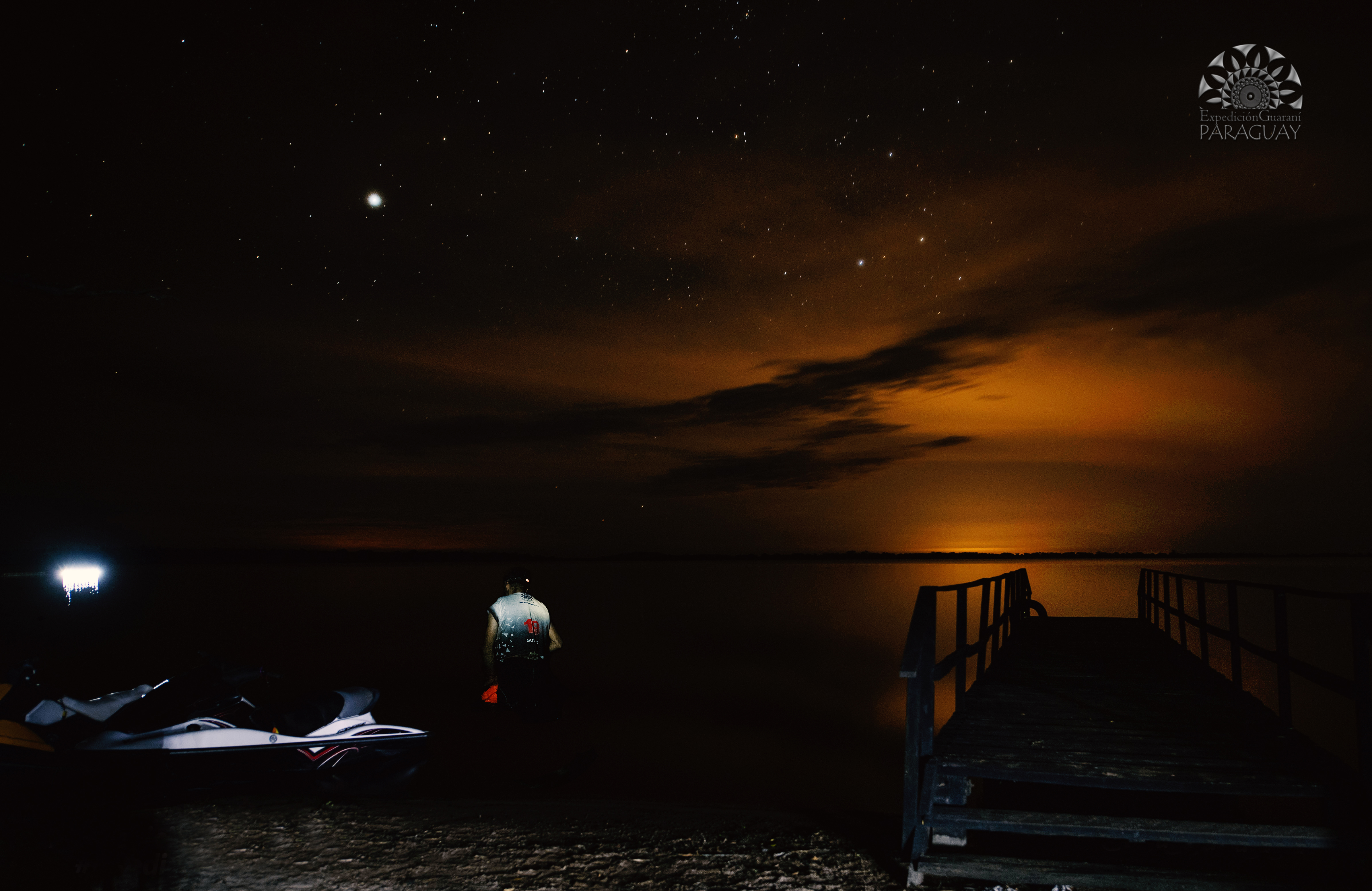 Paraguay is a small country bordered by Argentina, Brazil and Bolivia.  It is landlocked but has many rivers, the largest being the Rio Paraguay and the Rio Parana.  The highest point in the country is Cerro Pero at 842 m.

Paraguay is a bilingual nation:  Guaraní is its first language and Spanish it’s second.  It is one of few South-American countries to retain its native tongue as an official language.  (The Guaraní is also the national currency.)

The capital city of Paraguay has quite a long name Nuestra Señora Santa María de la Asunción. In short known as Asunción, it is also the largest city in the country. The city is located on the left bank of the Paraguay River and is where teams for ARWC will fly into the country.

American essayist P.J. O’Rourke once quipped that Paraguay was “nowhere and famous for nothing.” He then took a business trip there, fell in love with the country and promptly moved there. 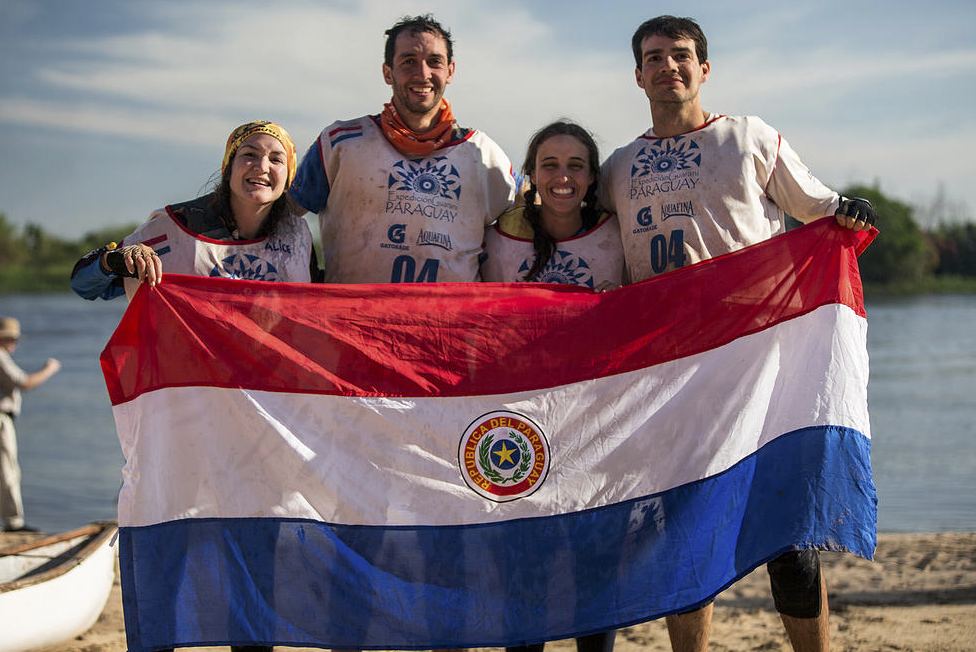 The Race Director for Expedición Guaraní is Gustavo Borgognon and the course planner is Urtzi Iglesias.

The first race took place in 2015 and was won by Team adidas TERREX.  In 2016 Expedición Guaraní joined the AR World Series and has taken place every year since.  Previous winners are Team Columbia Vidaraid (x3) and Team Cyanosis.

Winners of each of the ARWS Qualifier rounds in 2019 and 2020 will have a guaranteed place and paid registration (without extras or accommodation) for the ARWC 2020.