Endurance Quest is Back in the ARWS

After a nine-year break, the legendary Endurance Quest Espoo (FINLAND) adventure Race returns to the Adventure Racing World Series European series in Espoo in August 2023. This means that Finnish adventure sports enthusiasts will be able to compete, after a long break, in an international race on their home ground.

The Endurance Quest will take place on the weekend of August 11-13th and entry opens on Nov. 1st with only 30 places available.

It covers a distance of over 250 kilometers with an expecting winning time of around 21 hours.  The course consists of stages like mountain biking, trekking, kayaking, canoeing & rope activities.  Also in Finland, in the country of a hundred thousand lakes, swimming will be part of the race in some way.

The competition is organized by the Northern Adventure Team from Espoo.

Despite its young age, the team has quickly risen in prominence in the Finnish adventure sports scene. The team can be considered the first of the Finnish second -generation teams.  The captain of the team and the Technical Director of the Endurance Quest, 23-year-old Lauri Hollo from Espoo, got his first taste of the sport in 1999, just before he was born, when he was able to “follow” as a passenger in a service truck the 733km long Endless Odyssey race and his father’s and Team Halti’s winning performance.

Today, Lauri and the team have been involved in adventure sport races for more than six years.  The young man also recalls watching the first Endurance Quest race in Finland in 2001, when he was one and a half years old.  Since then, he has had the chance to follow dozens of races up close, including X-kaato, KY Challenge, Spring Adventure and Nokia Urban Trek.

Also, this season the team has participated in the Tactical Foodback Expedition Estonia race and the ARWS European Champs in Spain.

The course master for the ARWS Espoo Endurance Quest will be Jerry Aunula from Northern Adventure Team.

The young organising team is assisted by Petri Forsman and Harri Hollo, who have been involved in the adventure sport for over 25 years. Forsman is the official ARWS series supervisor and competition judge in Endurance Quest.

Petri is a legend of adventure racing.  His list of achievements includes winning the first ARWS World Championship in 2001, the European Championship, and the legendary Raid Gauloises and Mild Seven races.  Hollo Sr. is primarily a mentor for the youth teams in Finland, and the official Competition Director at ARWS Espoo EQ.

Registration for the race will open on the 1st of November at endurancequest.org 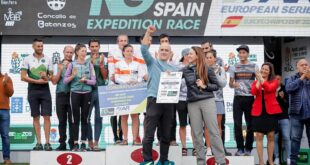 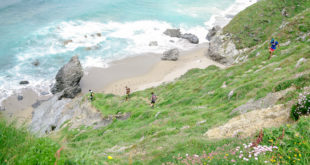 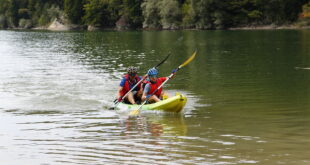