Downhill to the Finish – Expedición Guaraní 2018 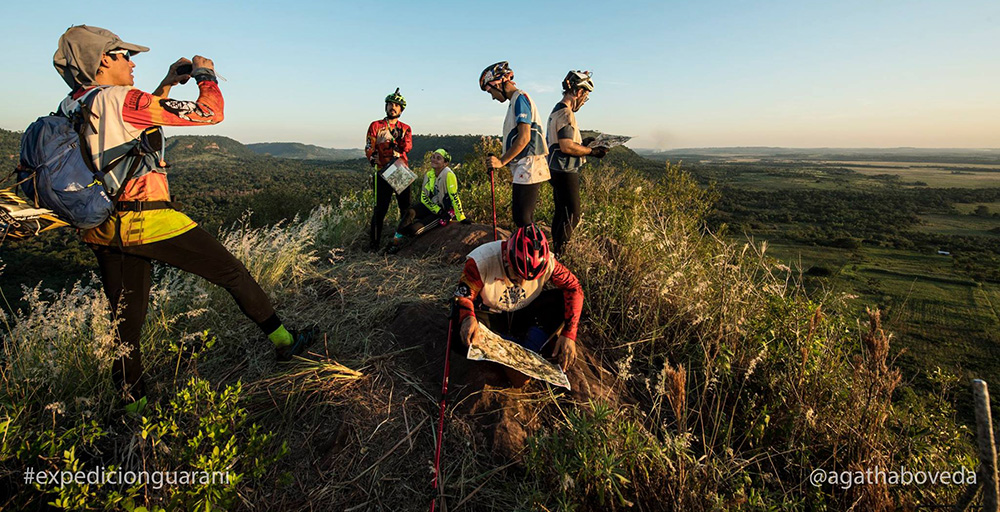 After their second two hour sleep of the race, Columbia Montrail have begun the penultimate leg of the race with a commanding lead of over 10 hours to the trailing French team Naturex.  The 75km downstream paddle to Puerto Cantera is estimated to take 14 hours and includes numerous rapids and branching streams.  Columbia Montrail are starting this in the darkness of the third night of the race and while there is no “dark zone” for this paddle, the course notes to teams warn there are sections where a great deal of vegetation has grown out into the river.

The remainder of the field is working their way through the tough leg 7 trek of 69km.  The organisers estimated it would take the top teams 24 hours to complete this with Columbia Montrail taking very close to this estimate.  A number of the rear teams will likely be moved to a Short Course which misses the second half of this trek leg- ranking them behind the teams who completed the full route.  Luckily for them though they still get to complete the canyon and abseil.

The battle for the podium places is still tight with Naturex (France ) now back in second place and Terra De Gigantes Selva (Brazil) closely following in third.  Both these teams are about to finish the trek.  Paniqueados (combined Brazil and Paraguay team) has moved up into fourth place overtaking Ansilta (Argentina).

The local heros team Ulala (Paraguay) have moved one place higher into 7th and are continuing to race strongly through leg 7.

When teams finish the 75km paddle, there is just one stage of racing left, a relatively short 41km (estimated 5 hours) mountain bike to the finish.  It is adventure racing however and there are two zip lines that the athletes must traverse at CP 48!

Watch the final stages online and on social media.  Dot watchers can see the live tracking of the race at https://www.expedicionguarani.com/live