CP18 Splits the Field in Paraguay 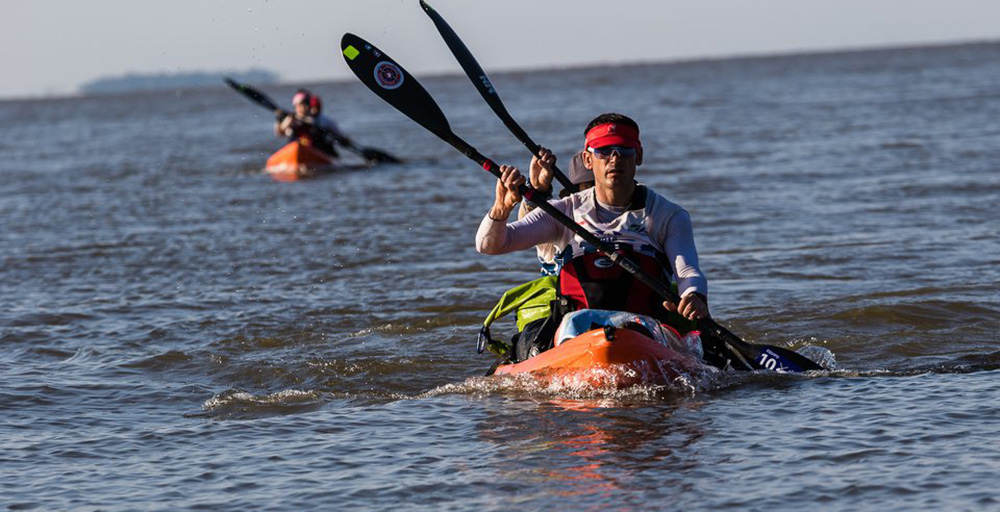 On the first night of racing at Expedición Guaraní an unforeseen split in the field has opened up at CP18.  This checkpoint on a sand island 10km off shore was predicted to be a key navigational point of the race with the potential to cause difficulties for teams.  In the end it wasn’t the navigation challenge that caused a problem, but the strong winds and bad weather that developed on the water which forced the race organisation to stop the bottom portion of the field from paddling offshore to CP18.  When the decision was made 9 teams had successfully collected the checkpoint.  The teams who were prevented from collecting CP18 will have a time penalty added to their time to account for their shortened route directly to the end of the leg and missing CP18.  The top Paraguayan team, Ulala was one of the top 9 teams to make to through CP18 before the bad weather and is currently in 8th position.  The other teams were Columbia Montrail, Terra De Gigantes Selva, Naturex, Ansilta, Panqueados, Sportotal, UNUS, and zone 3. 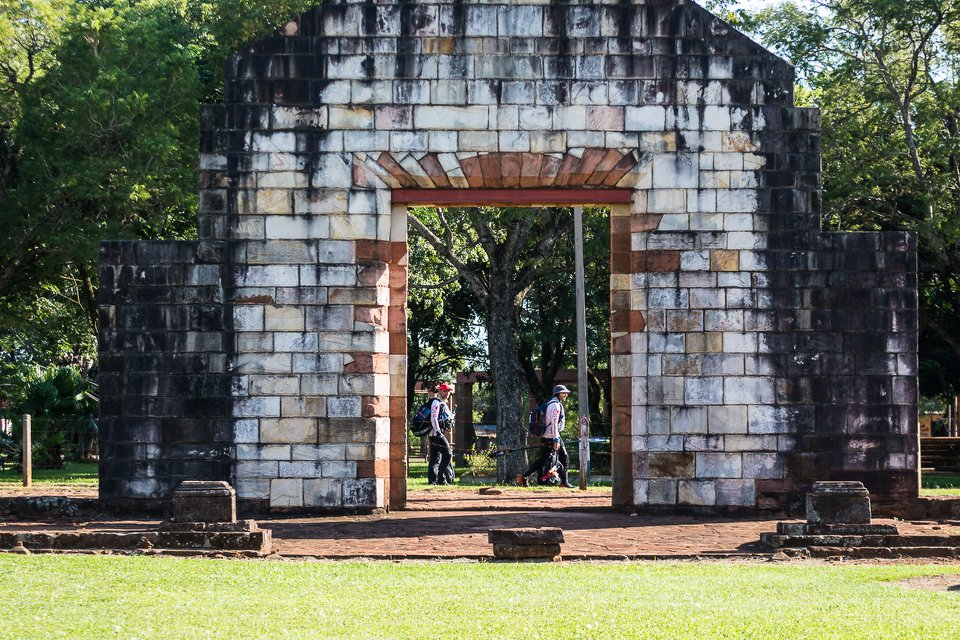 At the end of the paddle leg, teams arrived into the transition area at the World Heritage site of Jesuit Reductions of San Cosme and Damian.  This was a of settlement for indigenous people established by the Jesuit Order in the year 1652 and included an astronomic observatory.  If an experience of the historical site wasn’t enough for athletes, they were also treated by the race organisers to hamburgers and fruit salad! 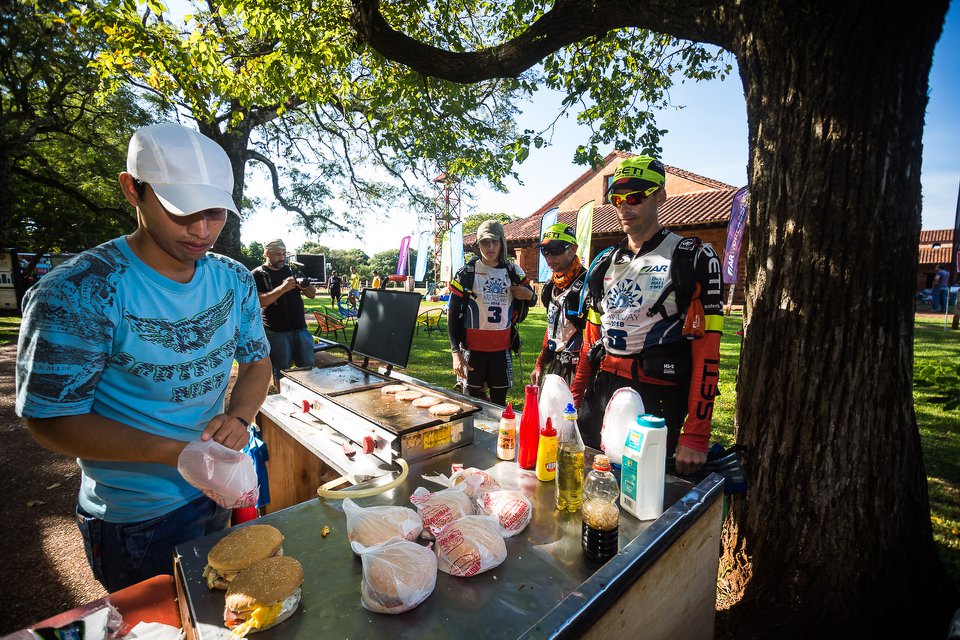 Craig Cook from AR Live Coverage said “While Columbia Montrail hold a comfortable lead it is Terra De Gigantes Selva (Brazil) that have been the big movers throughout day 2. They had a good paddle through the first night and got into Transition just two minutes behind Naturex (France). They have continued to increase their lead on the French team through the day. Naturex are now in a tight battle with Ansilta (Argentina) for third.”

As darkness falls on day 2 of the race, the lead teams are entering a 69km Trek.  Race Director Gustavo Borgognon said “This is the longest trek and I think this may be the most difficult leg of the race”.

It is a significant point for the lead teams who are coming into the second night of the race – a risky time when they have had little sleep to this point.  Many of the top teams will have little or no sleep during the first night of racing, and it is on the second night when their sleep strategy is implemented.  When and for how long they sleep is often dictated by how they are feeling, other teams around them, the difficulty of navigation and how long they want to push without stopping.

This trek will be an interesting leg for Dot Watchers with may routes choices available.  There are 18 checkpoints just on this leg and each requiring detailed navigation.  This is typical of the style of the Course Manager Urtzi Iglesias who likes to offer a challenge for team navigators.  Not only is it a long and navigationally difficult trek, but there are also a number canyon sections and abseils teams must negotiate as well.

Be sure to follow all the action online and on social media.  Dot watchers can see the live tracking of the race at https://www.expedicionguarani.com/live