We spotted Columbia Vida Raid picking their way through the rocky hills of the trekking section.  It’s rolling hills are beautiful but exposed and dry.  We squinted and could see Julie Chrysler bend over from the waist repeatedly.  We all groaned.  She were sure she was vomiting from dehydration.  As we approached, we could see that wasn’t the case – she was just bending over.  She leaned on Urtzi Iglesias’s backpack and told us she wasn’t sick – she just couldn’t stand up very well.  “My back-“ she said. “Your back hurts?”  “No – it just doesn’t work.”  She folded over again like a limp plant someone was trying to stake upright.

Marco Anselem knew Julia through the Mayan Mountain Challenge held in Belize – she and her husband Doug ran an ARWS race there. She had done a 24-hour race with Marco, and that was enough for him, as they had lost their usual woman Barbara Bomfim to a case of pregnancy and their second woman due to nerves that she wasn’t adequately fit for the race.  Julia was a last minute gamble and it didn’t look as if it was paying off for either Julia or the team.  Vida Raid is famous for pushing continuously throughout the race.  In a 4.5 day race they would typically sleep about 2 hrs – and they had already had their 2 hours earlier in this race.  While even Seagate took a 90 minute nap prior to the trek, Vida Raid tries to make up time through not sleeping – a strategy that has worked in the past due to tight team dynamics and incredible fitness.

A sense of a missing team dynamic was apparent from the start – English speaking Julia didn’t know the other Spanish boys.  Marco described how a mismatch in expectations and experience also became clear – Julia refused to use her trekking poles to save her energy on the first trek, seeming to think that they would push through and then rest.  “She is not used to recovering on the go” noted Marco. (Whatever that is when you’re moving as fast as Vida Raid.)

We watched Vida Raid disappear in the wrong direction, propping up Julia between two boys, then re-emerge in the right direction, re-focussed on the CP, with Julia on tow behind Urtzi.  She is a very tall and slender women, her fatigued body so malleable that the tow pulled her hips forward in a caricature of a fashion model slouch.  It looks as if the team might benefit at the moment from a more strategic, perhaps female, perspective on the situation, because their modus operandi seems to be just keep plowing ahead with Julia gamely hanging on. 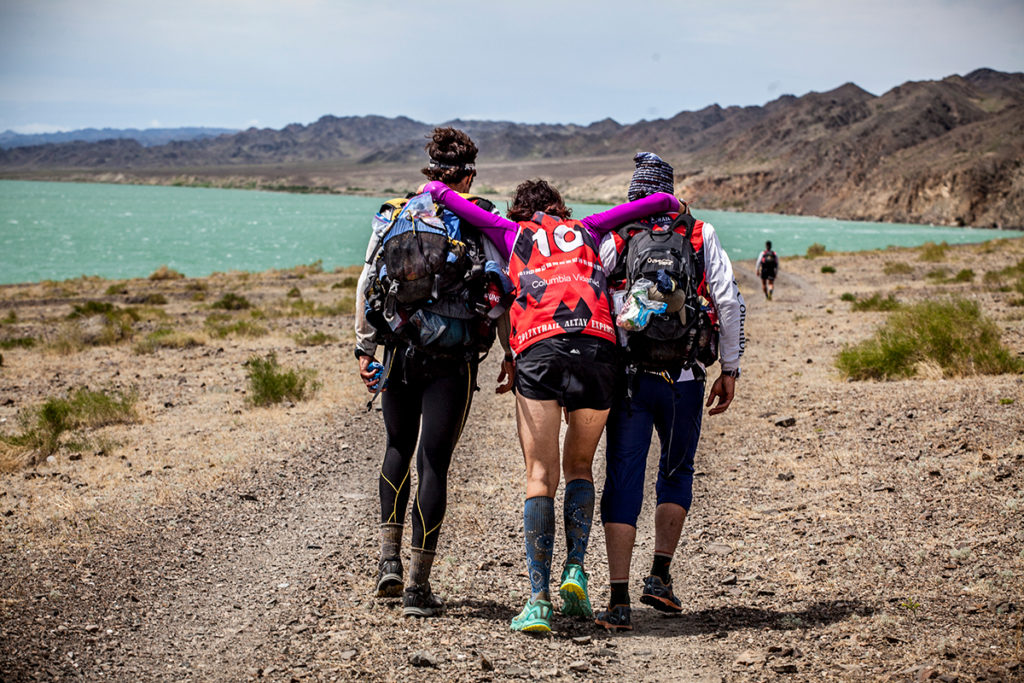 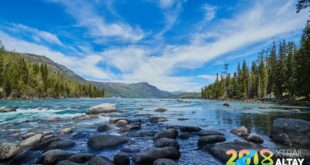 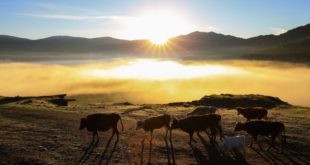 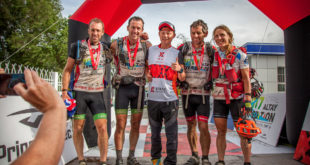 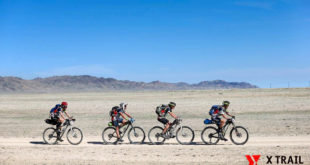