Blistering down the Belize River 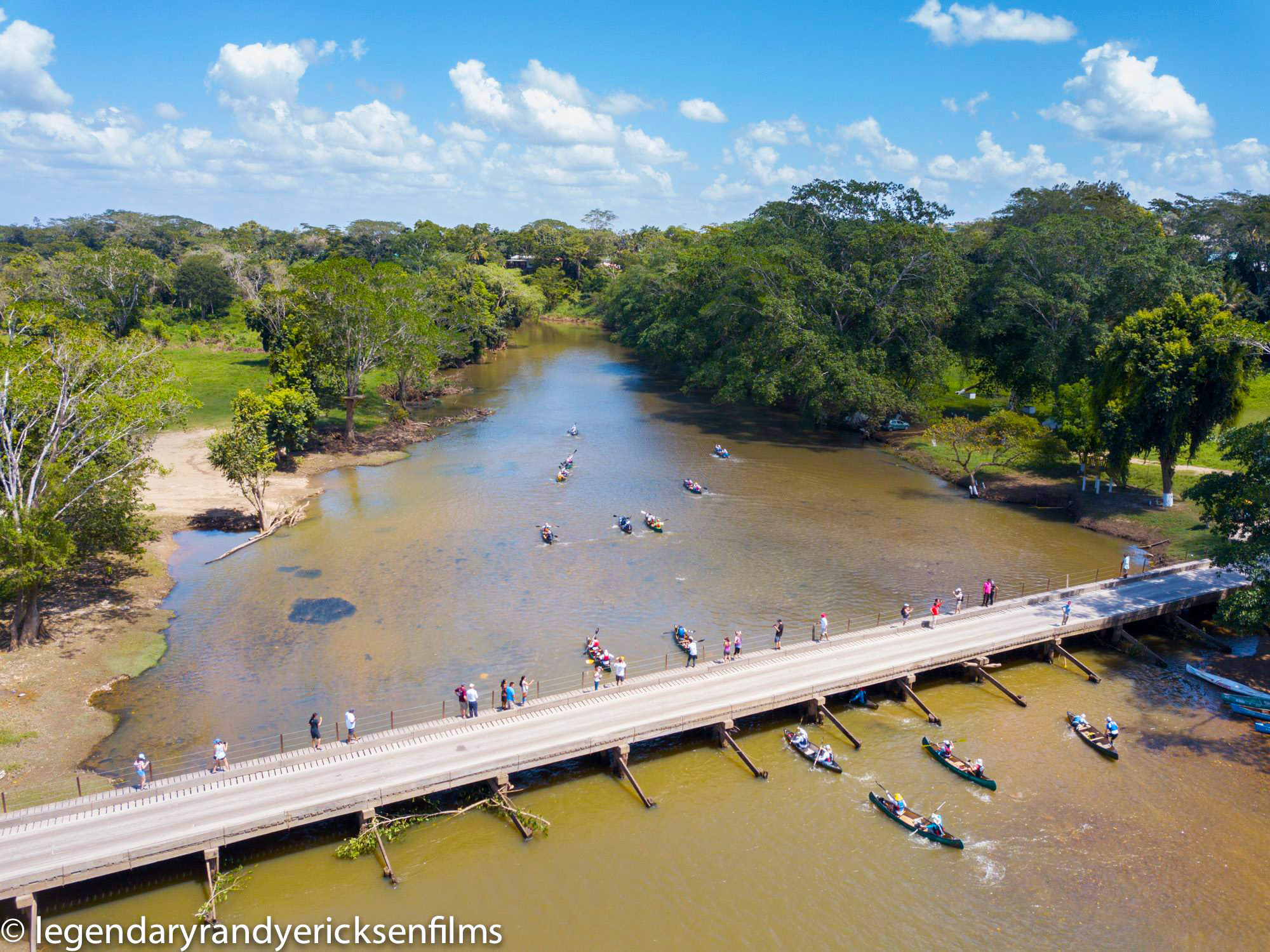 The first AR World Series Qualifier of 2018, the Maya Mountain Adventure Challenge in Belize is underway.

12 Teams set off in the blistering midday sun from the town of San Ignacio on a 35km canoe leg of class 1 moving water down the Belize River.  Teams were warned to wear sunscreen, broad hats and long clothing to protect themselves from exposure to the intense equatorial sun.

After a fast paddle they transitioned into a 58km Mountain Bike leg taking them through the semi rural areas outside of San Ignacia.  The two French teams of Naturex and Agde Raid Adventure created an early small gap to team Bones from the USA who had mechanical issues leaving the first TA.

Over the next 3-5 days they will complete a 518km course split into 10 legs of adventure disciplines including mountain biking, caving, pack rafting, canoeing, roping, canyoning and jungle trekking.

Leg 3 will see teams back on the Belize River in canoes after dark for another 35km of paddling.  Leg 4 should be a straight forward 40km bike on gravel roads through small villages and farms and take teams into daylight on day 2.  They will then face one of the cruxes of the race, a tough 58km jungle trek with climbing and cave swimming.

Prior to the start it was a particularly challenging preparation period for team Agde Raid Adventure who were missing two of their bikes which were misplaced in the air cargo system.  Team Captain Paul Galode said “We were a bit stressed but we have to be focused on the maps, and we have been told they [the two team mountain bikes] are coming tonight”.  With the race staring the next morning it didn’t give the team much time to ensure their bikes were ready for the tough conditions expected in the race.  Paul said  “I think it will be quite difficult and slow with the rain.  There will be many bogs and swamps on the bike sections”.

Belize Grisons are the only local team competing and will be waiving the Belize flag through the race.  Team Captain Derec Chan said “Three of our team members work in national parks in Belize and we are familiar with the climate, and we understand what to expect from the terrain, though 70-80% of the course is in places we haven’t been before.”

Dot watchers can follow the live tracking of the race at https://yb.tl/mmac2018

Randy Ericksen is in Belize covering the race and updating the race Facebook page – https://www.facebook.com/MayaMountainAdventure/

Previous 2018 Season Kicks off in Belize
Next French Leading, Swiss Out of Maya Mountain Adventure Challenge