The Shoalhaven in Australia is the host region for this year’s Adventure Race World Championships which is set to be the biggest expedition adventure race ever to be held.  There are 99 teams on the start list which come from over 20 different countries and every continent.  Under the recently introduced ARWC nationality rules 3 of each team of 4 must be from the country they are representing, making it a true adventure racing championship of nations.

The top teams from nine AR World Series qualification races this year will be the favourites, bringing race winners to the start line from events which have taken place in Belize, New Zealand, Chile, South Africa, Paraguay, USA, Colombia, Ireland and France.  The European and U.S. national champions are also in the start list, and the top 7 teams in the AR World Series rankings so there is no doubt this will be one of the most competitive races ever held. 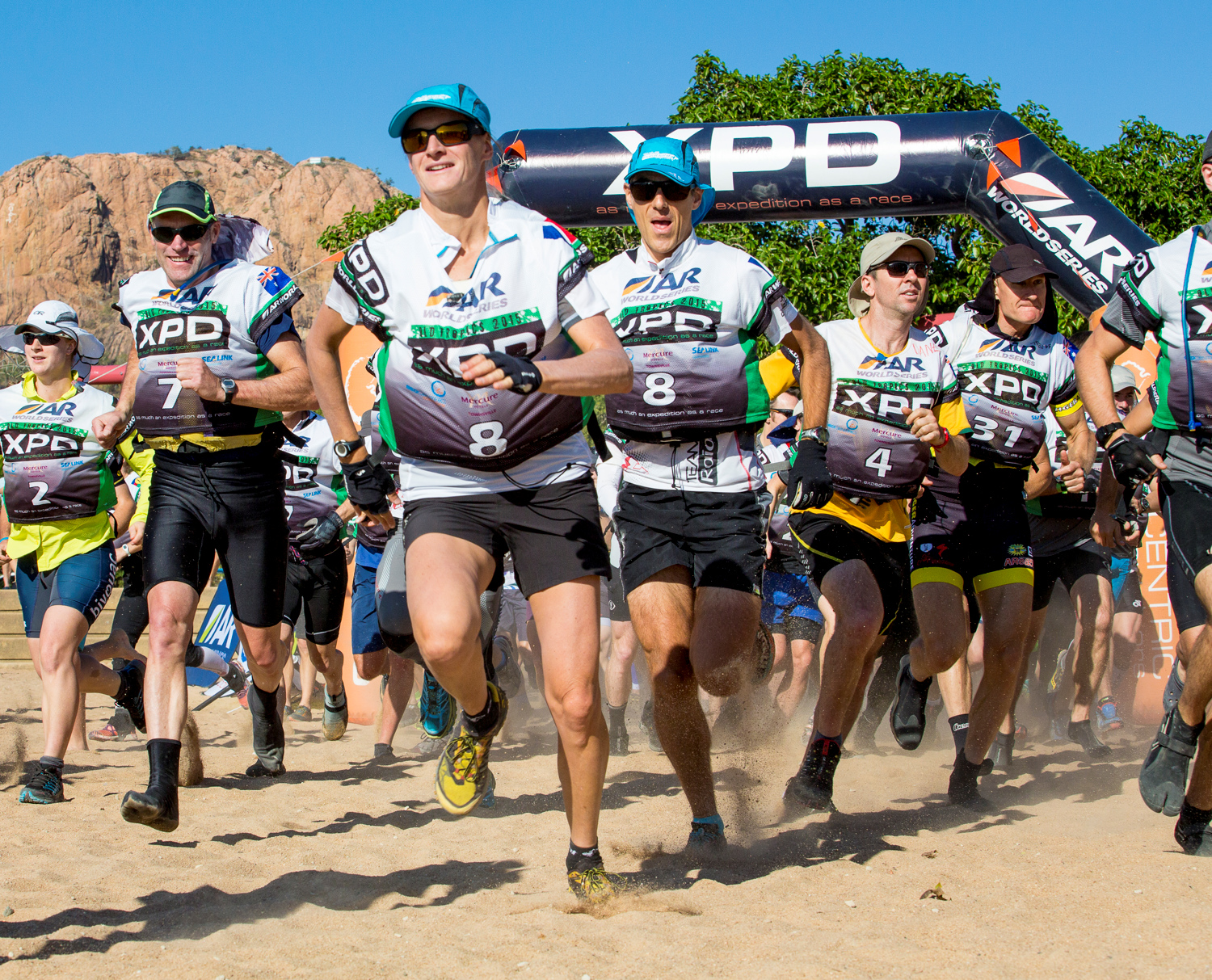 The race is hosted this year by XPD Australia, which is organised by Geocentric Outdoors, owners of the AR World Series, operated by Craig Bycroft and Louise Foulkes. They previously hosted the World Championships in Tasmania in 2011, a race won by the Thule Adventure Team of Sweden, and this is the 9th edition of XPD.

Race Director Craig Bycroft said: “Our 15 years of experience, including hosting the largest AR World Championship of 79 teams in 2011, puts us in a great position this year to deliver the best World Championship the sport has seen.”

The chosen venue this time is Shoalhaven in New South Wales, a dream destination for adventure sports, combining ease of access with a magical and pristine natural environment.

The race venue will be the town of Ulladulla, which is 230km south of Sydney, which means it’s easy to access, just a few hour’s drive from an international air hub. It’s often said just getting to the start of a big adventure race is one of its hardest challenges, and with no need for internal flights or long road journeys the ‘getting there’ part will be relatively easy for this race.  A moderate climate, English language race and no high altitudes or other geographical extremes also make the location attractive … and packing easier! 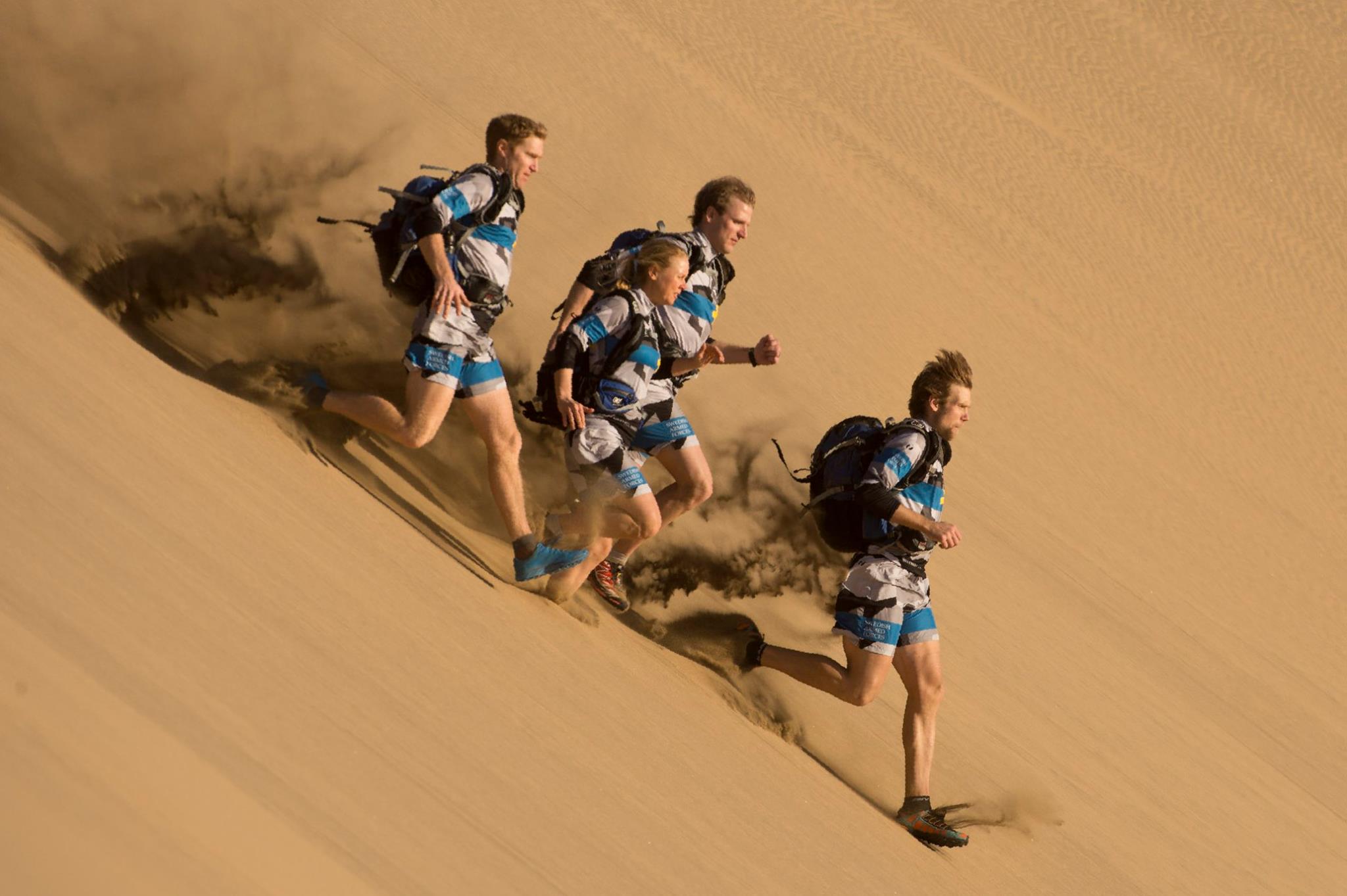 Convenience isn’t the main consideration of course and it’s the natural environment around the county of Shoalhaven which is the main attraction.  A staggering 70% of Shoalhaven is designated National Park and there are dozens of rivers, lakes and bays, and 109 beautiful beaches, including Jervis Bay, with the whitest beach in the world. Wildlife is abundant, and the huge Morton National Park is renowned for its sandstone cliffs, canyons and forests. Host town Ulladulla is a beach and surf Mecca and nearby Nowra is a renowned climbing destination. There is going to be plenty of scope for a magnificent course.

The 600km route will only be revealed just before the race start with teams given their maps in ‘Lock Down’ (i.e. without access to phones/internet) and the course will be open for 8 days – which is shorter than previous XPD’s.

The event is described as “a straight out linear race, no mandatory stops, no dark zones, no optional controls – pure adventure racing at its best!”  This is very much in the XPD ethos of ‘as much an expedition as a race’, giving all the teams time to finish the route and have their own adventure regardless of their position in the rankings. The leaders are expected to take 4.5 days to complete the route, sleeping only for a few hours at the time and place of their choosing.   (As always in adventure racing, tactics, navigation and team work will be as important as endurance and speed in the final outcome.)

The question is who will be the leaders?  It’s a very hard question to answer as there are so many experienced and elite teams in this race and any team getting into the top 20 will have had an exceptional race. 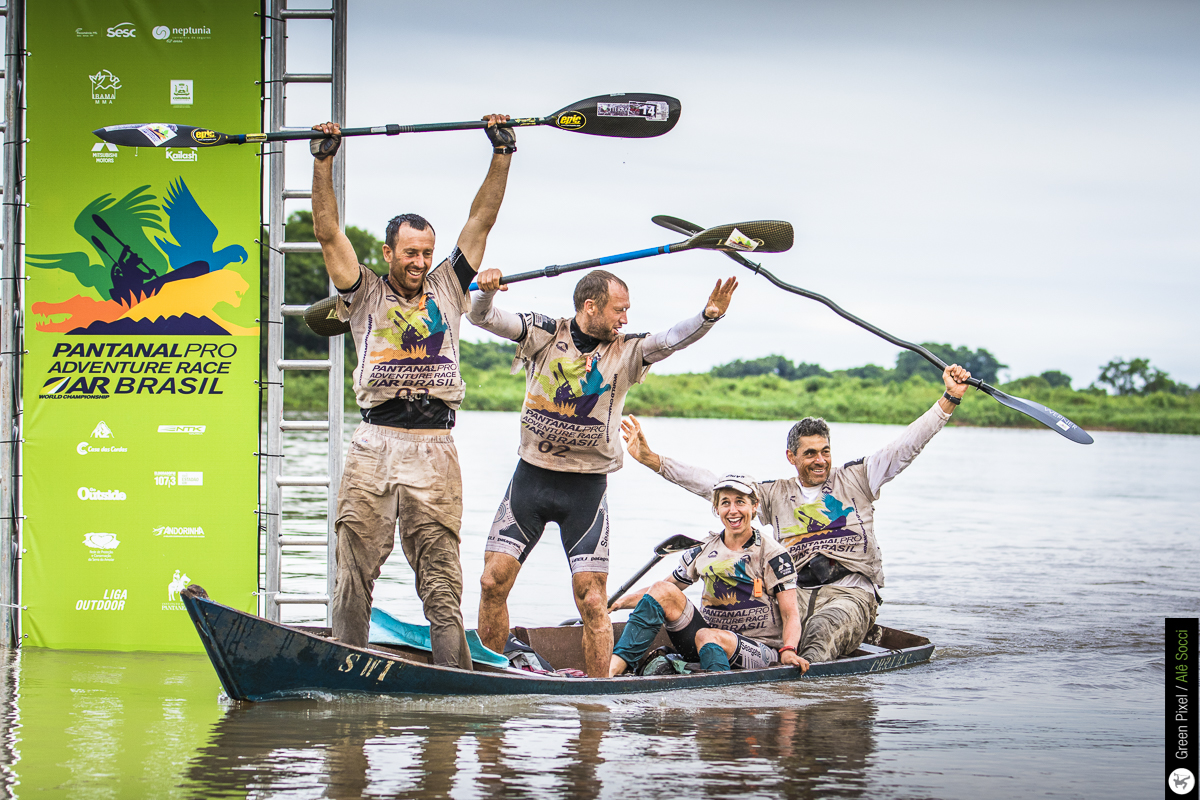 The favourites must be Seagate (NZ), the current World Champions and world #1 ranked team, and the dominant force in adventure racing for many years. They recently won Raid in France and have the most experience, the most world titles, and the best navigator in Chris Forne. However, this year they don’t have Sophie Hart on the team and as a result Nathan Fa’avae is back out of a (very short) retirement so they are racing with Jo Williams, who is very experienced but new to the team. Could there just be a chink in their armour?

There are plenty of contenders to the throne plotting to take the crown. Columbia Vidaraid (USA) have been World #1 ranked in the past and are back with their strongest team after a year when they’ve not raced together much. They did however win a qualifier, Expedicion Gurani in Paraguay.

All of the other top ranked teams will be contenders too. Adventure Medical Kits (USA) have had a strong year and took the win at the Cameco Cowboy Tough qualifier, while Merrell Adventure Addicts (RSA), Swedish Armed Forces Team, Naturex (FRA) and Godzone Adventure (UK) will be aiming for the podium at least, and for the double ranking points from a world champs event. Unusually though none of these top 10 teams has won a World Series race this year. 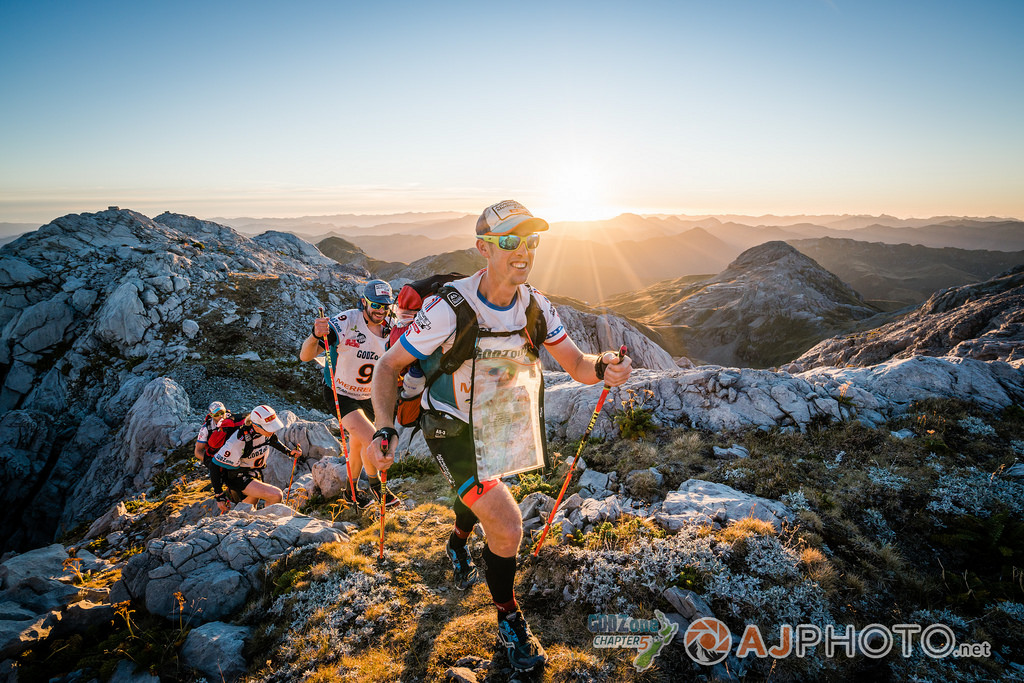 There is a somewhat unfamiliar list of ARWS winners this year, with new teams breaking through and of these DSN Hoka 74 (FRA), Yealands (NZ) and Painted Wolf (RSA) are at the World Champs looking to challenge the established teams once again.

Any of these could be the dark horses of the race and from outside the world rankings Thule Adventure will be expected to do well, and will certainly be aiming to regain the world title.  They first won the title in Tasmania, so Australia is a happy hunting ground for them, and after years away from expedition racing they are back under the leadership of Martin Flinta.  They’ve recently won the European Championships in Spain and the ARWS demonstration race in China, so are in excellent form.

There are other strong teams from recent races and the world’s top 20, including Estonian ACE Adventure (3rd in the last World Champs in Brazil), Ecuador Moviestar and Gallaecia Raid Fridama (ESP), and then there are of course the best of the 42 Australian teams! It is common for home country teams to do well and take advantage of the familiarity with the terrain (and the thinking of the Race Director) and it would be no surprise to see an Australian team breaking into the top 10, or one of several strong New Zealand teams.

The form team from Australia with recent wins is Adventure Junkies, but there are half a dozen other strong home teams, some of them past XPD winners, who will be cheered on by dot watchers following the live satellite tracking.

Whatever happens it sure to be a competitive and exciting race, which will be enthralling to follow live, and will produce a worthy World Champion Team. 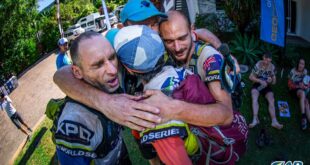 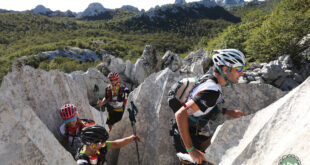 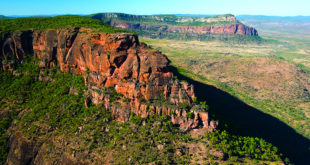 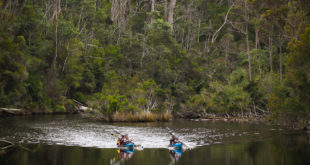 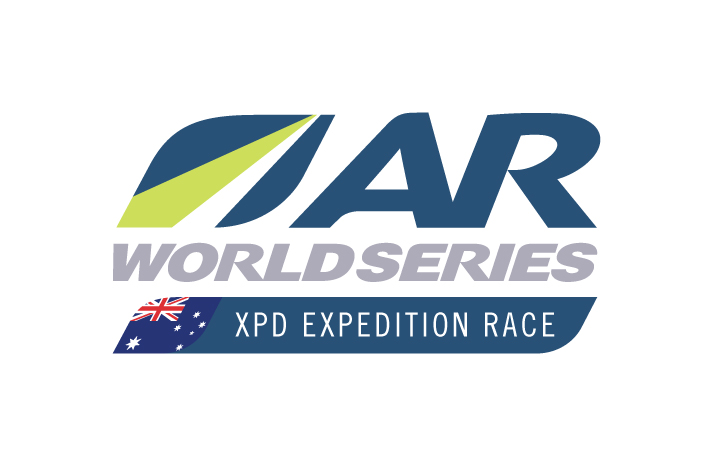