Inside the Athlete Forum 2016 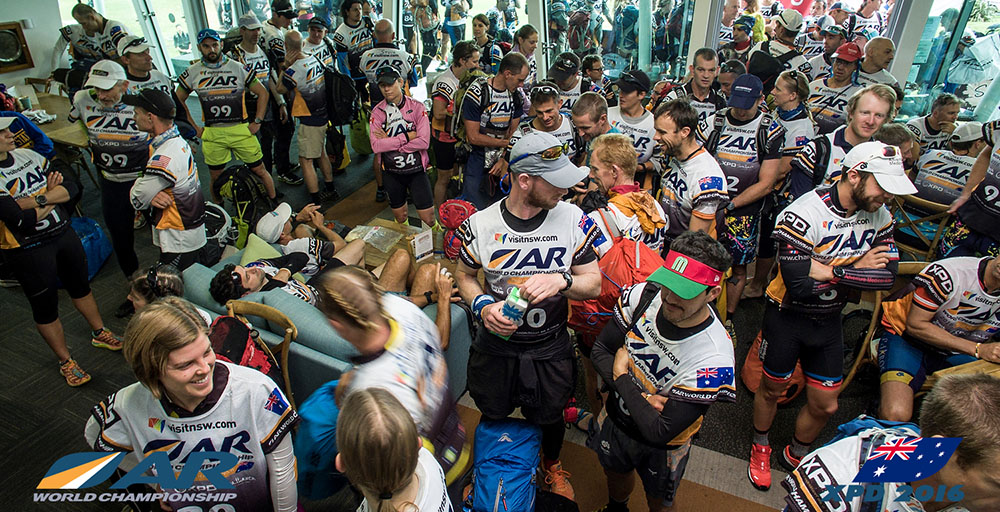 The first Adventure Racing World Series Athlete Forum was held after the 2016 World Championship in Australia.  Moderated by AR World Series Director Craig Bycroft, a large audience of athletes and media enthusiastically discussed a number of topics suggested by the adventure racing community.

SAILS IN AR.  Should teams be permitted to bring sails for kayaking legs in world series races?

Discussion: The forum discussed sails including the enjoyment of a new skill for experienced racers, the additional difficulties of travelling with this equipment, the varying boats provided by race organisers and means of attaching sails, additional expense, the “luck” factor, the additional barrier to new athletes and safety if using kites in group.  It also discussed the perception that if sails are permitted then teams must bring them to be competitive regardless whether they may be used in the race or not.

Consensus: Overall the consensus was that if a leg was appropriate for sailing, then the race organiser should have the opportunity to permit sails.  Otherwise they should continue to be a prohibited item.

GPS DEVICES IN AR.  Technology and GPS devices are becoming more integrated into an athletes equipment.  Currently GPS devices are prohibited in AR World Series races, but in the future can they have a place for teams during an Adventure Race?

Discussion: The forum discussed the increasing prevalence of GPS technology and the continued integration into all aspects of our lives and that one of the big attractions of adventure racing was escaping technology for a period of time.  It identified there were a number of aspects of GPS devices including using them for measuring distance travelled (to assist with navigation), using them with mapping to actually navigate the course and as a tracker the team carries but isn’t using directly.

It looked at the possible barriers GPS prohibitions have on bringing a younger generation of athletes into the sport for who have never experienced life without GPS and smart phones.  It discussed where one leg of a race has included a GPS (for example Ecuador 2014 where there was no map of that area).

Consensus: On the whole there were very few arguments in support of allowing GPS for mapping and they should continue to be prohibited.  Retaining our traditional map and compass navigation is a fundamental aspect of adventure racing.

Tangent: One side topic that was discussed was that the “Lock Down” procedure used at the ARWC 2016 (without access to electronics and google earth for example) was a positive aspect of a race schedule and should be looked at by other races.

OPTIONAL CHECKPOINT RACES VS LINEAR RACE.  Can both formats coexist or should AR be moving towards one or the other formats? The forum discussed these two race formats with many points for and against both formats.  While in this particular forum there was more support for a linear race, there was also a support for the optional checkpoint races.

PACK RAFTING.  Could this become a standard AR discipline and if so, when should and shouldn’t it be included?

Pack rafting was seen by the majority of the forum as a great option for a paddling discipline in ARWS races.  The clear condition was that race organisers should only set pack rafting legs where it is appropriate for this craft and that paddling in traditional kayaks or canoes was still a discipline in the race.

ARWS RULE UPDATES.   Are there any other rules that should be updated?

Missed CPs.  The rule regarding returning to collect a CP that had been missed by a team (where it is a linear format race) was not clear in the AR World Series Rules of Competition.  The forum discussed this situation and the majority agreed that teams should be permitted to return and collect a missed CP, but they must then from that CP forward follow the course.  So for example if a team arrives at CP20 and realises they missed CP 16, they can return to CP16, but must then follow the course through CP17,18,19,20 again.  The forum discussed that a team shouldn’t be permitted to continue on the next leg if they want to return and collect a missed CP, but by specifying they must follow the course again this additional rule was not necessary.

Generating much more discussion in the forum however was what happens if a team just misses a CP.  The discussion identified that adventure racing has evolved from when all checkpoints were manned, to now transitions being manned and checkpoints on legs being unmanned and generally with a greater navigational challenge. It discussed that missing punching a transition CP was not the same as an unmanned CP.

For unmanned checkpoints there was extensive discussion on whether a team should be credited a checkpoint if they were in the correct location (eg it could be seen by their tracker) but hadn’t proved this by punching their card. The majority of the forum felt that being in the correct location AND punching the CP was critical to the clear understanding of the rule around CPs.  If an unmanned CP wasn’t punched, then a team should be unranked (though there was still a minority in the forum who wanted the provision for a time penalty).

Photos and videos of infringements were discussed and it was generally agreed that there shouldn’t be any obligation on the media to be involved in bringing this to the attention of the referees.  Photos and videos could be used in the case of a protest, but must clearly have a time limit on the validity of these photos.

Equipment.  The rule around a team receiving support particularly in the instance of a bicycle mechanical failure during the race was discussed extensively.  The current rules prohibit Unranked teams from supporting Ranked teams, but the consensus was that any participant should be able to support another participant in the race regardless of whether they are unranked or not.  There should be an underpinning premises of fairness and that  if a team or athlete is willing to offer their equipment, then it they should be willing to offer it to any athlete (and not just certain athletes or teams).  Where a team can receive equipment from another athlete or team shouldn’t get an “unfair” advantage and it may be the Race Referee who has the final say on this.

It also strongly agreed that the Race Organisation themselves shouldn’t offer assistance with equipment for example a volunteer lending their bike to a team.  They can however facilitate reasonable communication between teams to attempt to solve their problems.

TIME NEUTRALISATION.  Time neutralisation during an AR – is it fair?