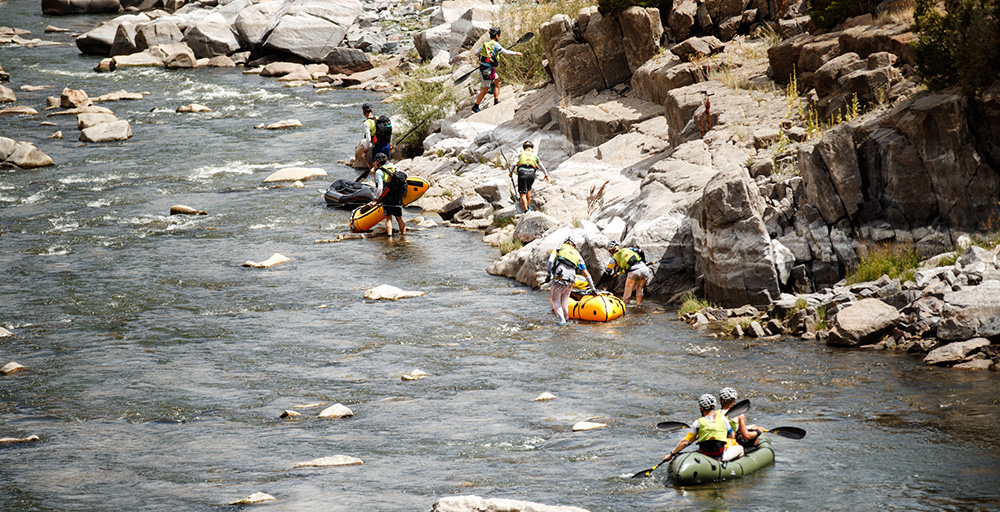 Team Godzone Adventure came into a hot finish line at Casper on Monday afternoon to complete Cowboy Tough and finish in 10th place at the AR World Champs 2017.  Through the day teams Estonia ACE Adventure, FMR, Columbia Vidaraid and Black Hill/Opavanet had finished ahead of them.

All are consistent top 10 performers at World Champs races, apart from the young French team FMR who are in their first ARWC and were at times up among the top 5 teams, but suffered from some costly navigational mistakes.  Columbia Vidaraid, who are the second ranked team in the world, had a poor start to the race with Jon Ander Arambalza feeling ill on day one and gradually worked their way back up the field to finish in 8th.

The top 10 had a good international mix with the powerhouse countries of AR well represented.  The Kiwi’s were the winners again, with teams from Sweden (2), USA, France (2), Estonia, Spain, the Czech Republic and the U.K. in the top 10.

Tom Gibbs was very emotional having made a return to World Championship racing after a break of several years due to long term injury and a DNF last year in Australia when he fell and broke his arm.  Even for those racers who have finished ARWC many times (and Gibbs is a past winner) completing the race at the pinnacle of adventure racing means a lot.

Nick Gracie said, “That was a great course – we really enjoyed it.  It was a varied course with some fantastic scenery and we met some very friendly people out there.  One lady was teaching bow and arrow hunting and there was a really nice guy trekking the continental divide as well.”

Sarah Fairmaid added, “The weather was so varied as well. We were cold every night and there was ice on our gear boxes after the first night, but at other times it’s been so hot.  The wind has got up at times too.  When we set off across Pathfinder it was calm and minutes later the wind was crazy.”  She added, “It was a short, fast course, and it’s good to see the World Series can do that as well as the long, long races.”  Only a top class adventure could call a 4 day non-stop race, short and fast!

For Gibbs the best part of the race was the second bike stage leading to Sinks Canyon. “I think that was the best bike stage I’ve ever done in a race anywhere.” He said.  Several racers have made the same comment about that stage.

The remaining teams have until the course closes at 1pm on Weds August 16th and at present there are 38 of the 58 starters still on the full course.  Another 12 are continuing as non-competitive and 8 more have retired.

Those retired included the French team Lozere Sport Nature who were racing in second place for a while on the penultimate stage last night but when they came off Alcova reservoir Maxime Brajon was in a state of collapse. He was dehydrated and hypothermic and under instruction from the race an ambulance was called to take him to hospital accompanied by team mate Fanny Frechinet.  The medics said he would be fine but he was kept overnight for observation as a precaution.

Previous The Podium Places Are Decided
Next On Casper Mountain