XTrail, the organisers of the third edition of the Altay Expedition Race have announced the 2018 event has been stopped.

The organizers are making all efforts to support and make arrangements for athletes in the following days.

Race Directors Wei Jun said “We are devastated that after 12 months of planning, and literally being on the start line, we had to notify teams they wouldn’t be racing.”

Initially athletes held hope for a delayed start while XTrail officials had urgent meetings with government officials.  Unfortunately the race organisers were unsuccessful in finding a solution and the official cancellation was made at 12:30pm local time.

ARWS Director Craig Bycroft said “I share the huge disappointment all the athletes and race officials are feeling right now.  I know that the organising team would have done everything humanly possible to have teams race this year.”

The Altay Expedition is a Qualifier race of the AR World Series and started in 2016.  The first two editions were incredibly successful in bringing athletes from around the world to experience the culture and racing in the remote Xinjiang Provence of China.

ARWS events are known to take teams to race in some of the most inaccessible destinations on the planet.  Craig Bycroft said “While we take athletes to extreme locations, their safety and security is always the highest priority”.

UPDATE 4/6: All teams now have flights organised to fly out of Altay over the next 2 days. The general mood of the athletes seemed to be disappointment but most of them spent the last few days out hiking and biking in the area surrounding the hotel. 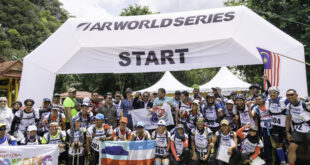 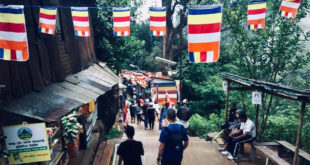