The Adventure Racing World Championship has begun. All teams are currently in stage one. This is a brutal 122km mountain that has 5800m elevation gain. At the time of writing team Blizzard from Russia are leading and Swedish teams Orbital Adventure Racing and NIAR Adventure Racing Team are in second and third. 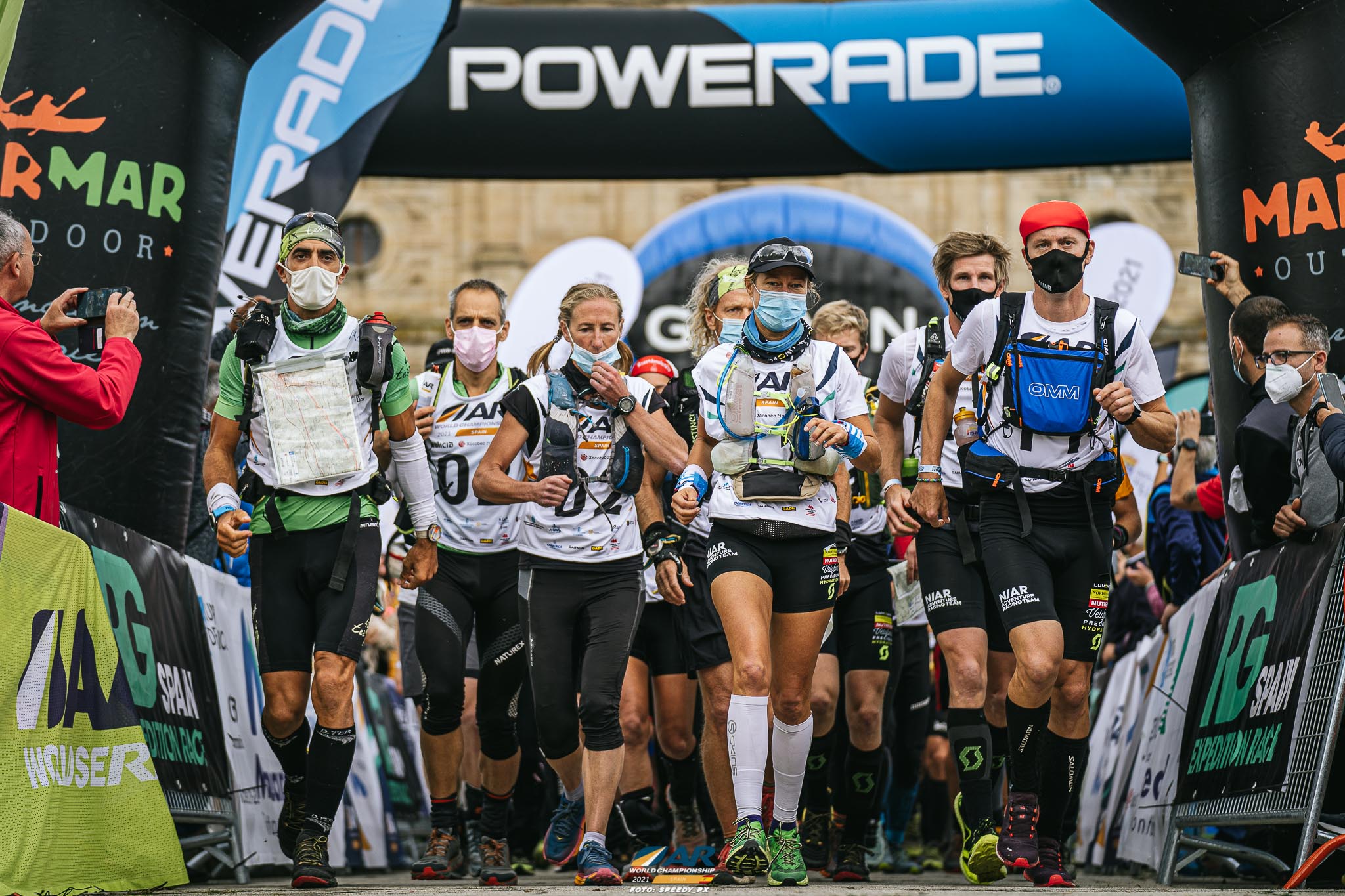 Navigation was always going to be key part of the ARWC-Raid Gallaecia and teams were only a few hours into the race when those new to the area started to find out why.

From the start the leading teams set off quickly along the roads and tracks that made up the early part of the course, with several of the Swedish teams among the top 10.  Some of the elite teams had been cautious about setting too hard a pace early in the race, especially on tarmac, but the competitive spirit, and not wanting to cede any advantage so early, ensured the usual swift start.  Whether teams will pay for it, only time will tell.

As the route climbed into the hills, even the lead teams were making small mistakes, but quickly recovering and not losing much time. The difficulty is that there are so many small paths and tracks in the hills and with any lapse in concentration, mistakes are easily made.  There are small villages and farmsteads all over the hills, linked by all kinds of trails for moving livestock, reaching beehives or harvesting sap or nuts from the trees.

It is going to be a hard race for the navigators who will need to be in close contact with the map at every junction (even more so on the bike stages), and the more navigators a team has the better for this race. 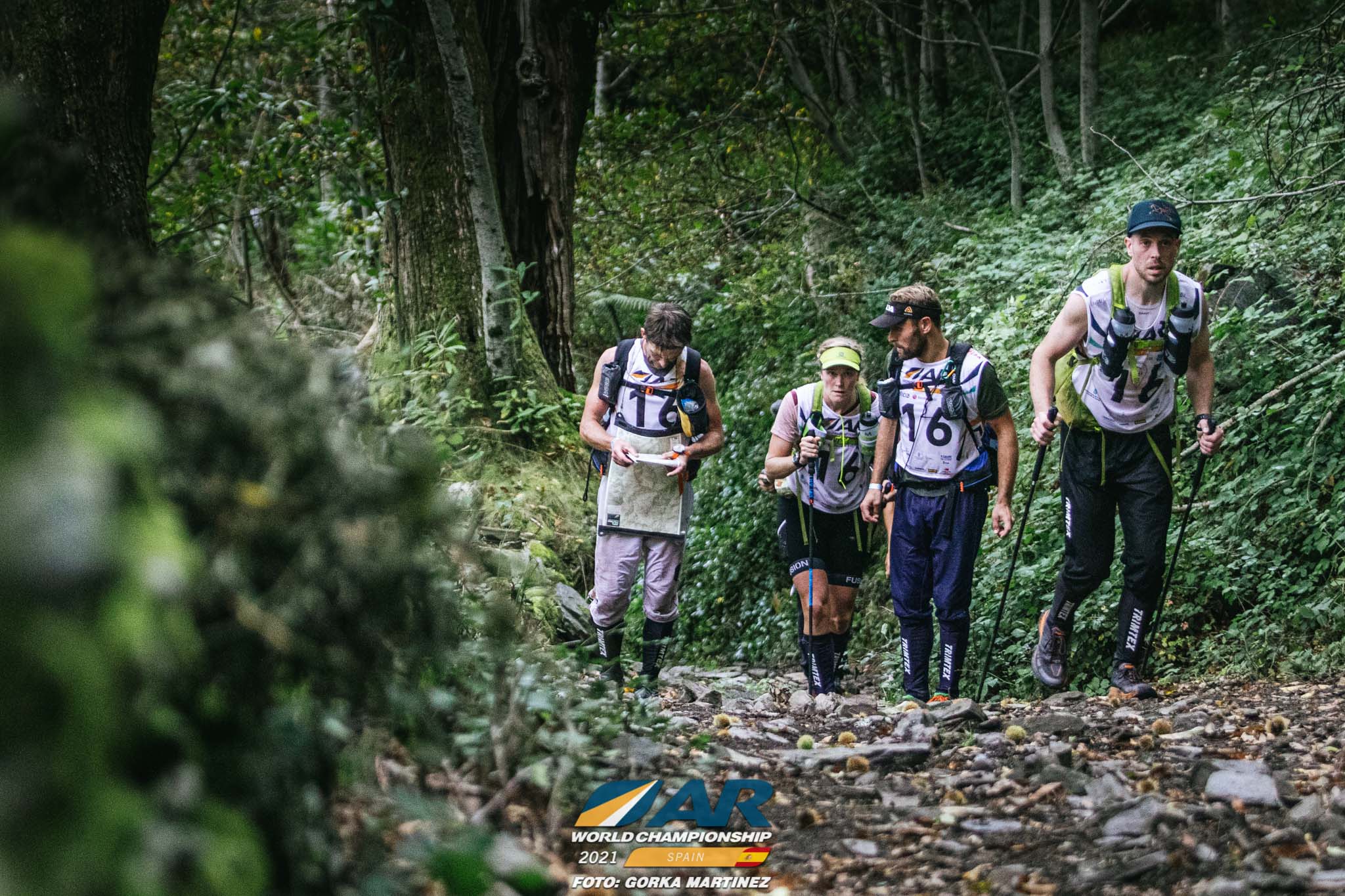 The Puppy AR team from Sweden gave a good demonstration of what can go wrong in the tiny village of O Touzon just before TA2.  Thye reached a bend in the road and took the track going the right direction down into the valley to reach a nearby bridge.  It was the wrong bend and the wrong track, only by 20m, but they were soon scrambling through brush and bramble down steep slopes trying to find the bridge and tracking backwards and forwards.

Much of the woodland covering the hillsides is ancient, there are a lot of fallen branches and stumps, a lot of new growth as it’s deciduous woodland, and there are dense brambles. It’s beautiful and rarely found now, but not the place to lose your way.

The Teenek Racing Mexico team came along soon after, finding the right way.  “The navigation has not been too hard,” their navigator said, “not so far anyway.”  Once across the bridge the path divided and they took almost 5 minutes deciding on the right path to take.  With thousands of path junctions, the navigators who can make quick, and accurate, decisions will have a big advantage.

Team Adventure Kidney followed soon after and Ron Eaglin was at the back, his trekking poles clacking on the stones. “The last couple of hours have been amazing,” he shouted.  “Going along the ridge and down into the deep valleys, through all these traditional little villages and along small rivers. It’s great!” 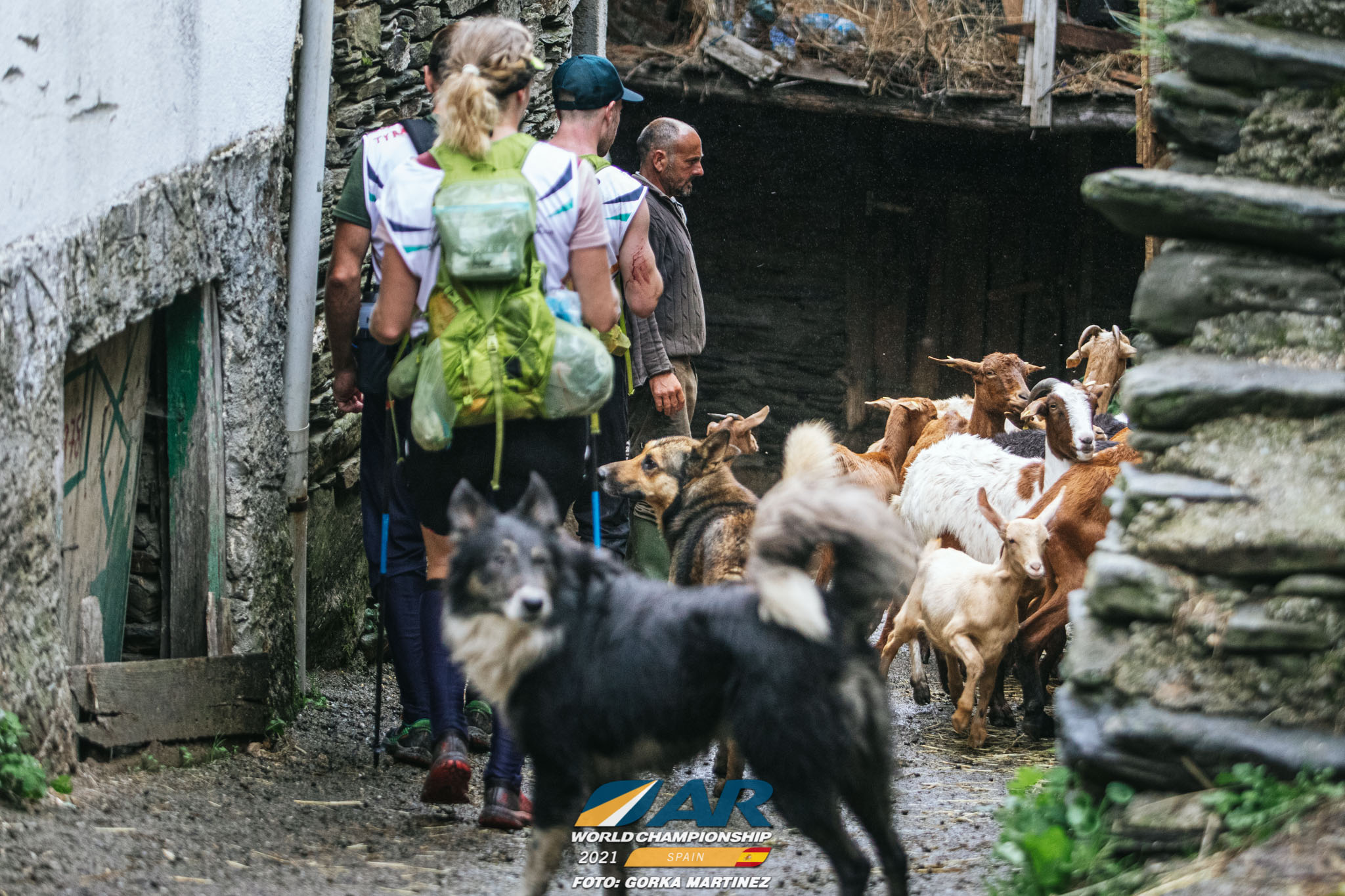 The villages can sprawl over a wide area and these teams soon climbed up through Folgoso do Courel, which had a maze of little roads through the houses, some of them still well tended and others now derelict and decaying. Walnut, apple and plum trees were scattered among the buildings and farming equipment, old and rusty, or still in use, was in most doorways and corners. Vines and ferns decorated the stone walls and the slate tiles and wooden structures were either new and well maintained, or rotted and cracked.

Some residents and farmers were coming and going, seemingly unconcerned and uninterested in the mini invasion of brightly coloured runners clattering among their homes. They didn’t respond or react to them and seemed to prefer to ignore such strange goings on!

There may hundreds of such villages on the 610km route, and teams will have to find the quickest way through each one.  In Folgoso do Courel most climbed steeply up through the village, taking perhaps a dozen different routes, while others went a slightly longer way around on the road.  There was a small café and a Panaderia (bakery) in the village, but most teams took paths which missed them.  The Spanish speakers will definitely be at an advantage finding supplies, shelter or asking the way. 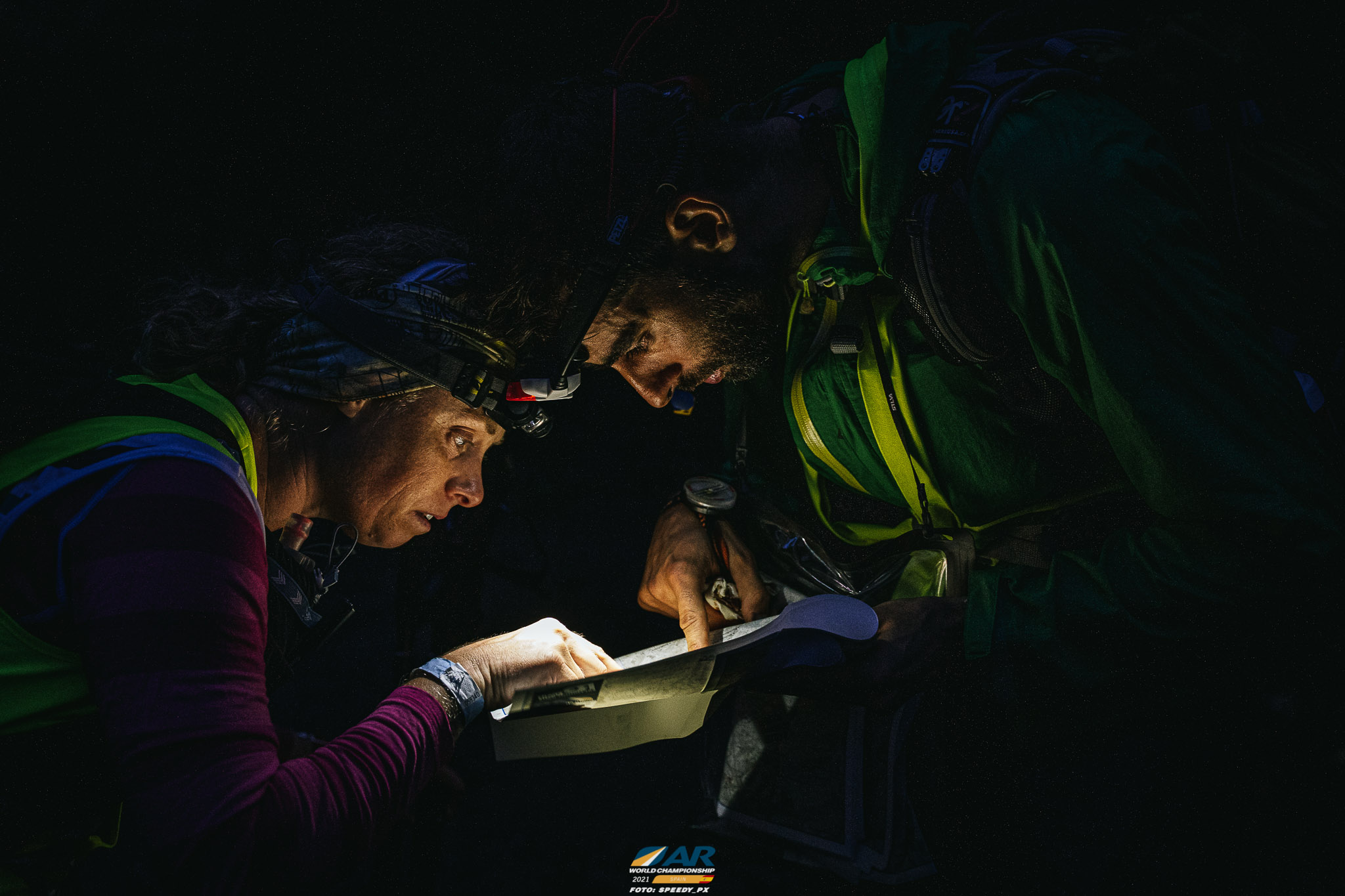 The final team to pass through there, shortly after nightfall, were Team GallaeciaRaid Aventura, who are the only team with 3 female racers.

As dusk fell some showers swept across the hillsides, but they were not prolonged or intense, so perhaps the storm forecast for the first night won’t materialise and teams will have an easier time than expected.