A wet and Wild Start to XPD Bay of Fires

Tasmania turned on a wet and wild start to the XPD Bay of Fires.  After a 2 hour ‘lock down’ to receive maps and course notes, teams made their final preparations for the ensuing 500km journey around North East Tasmania.

Race Director Louise Foulkes says “Another low is expected to come through and it’s possible a wind zone may be enforced during the race.” 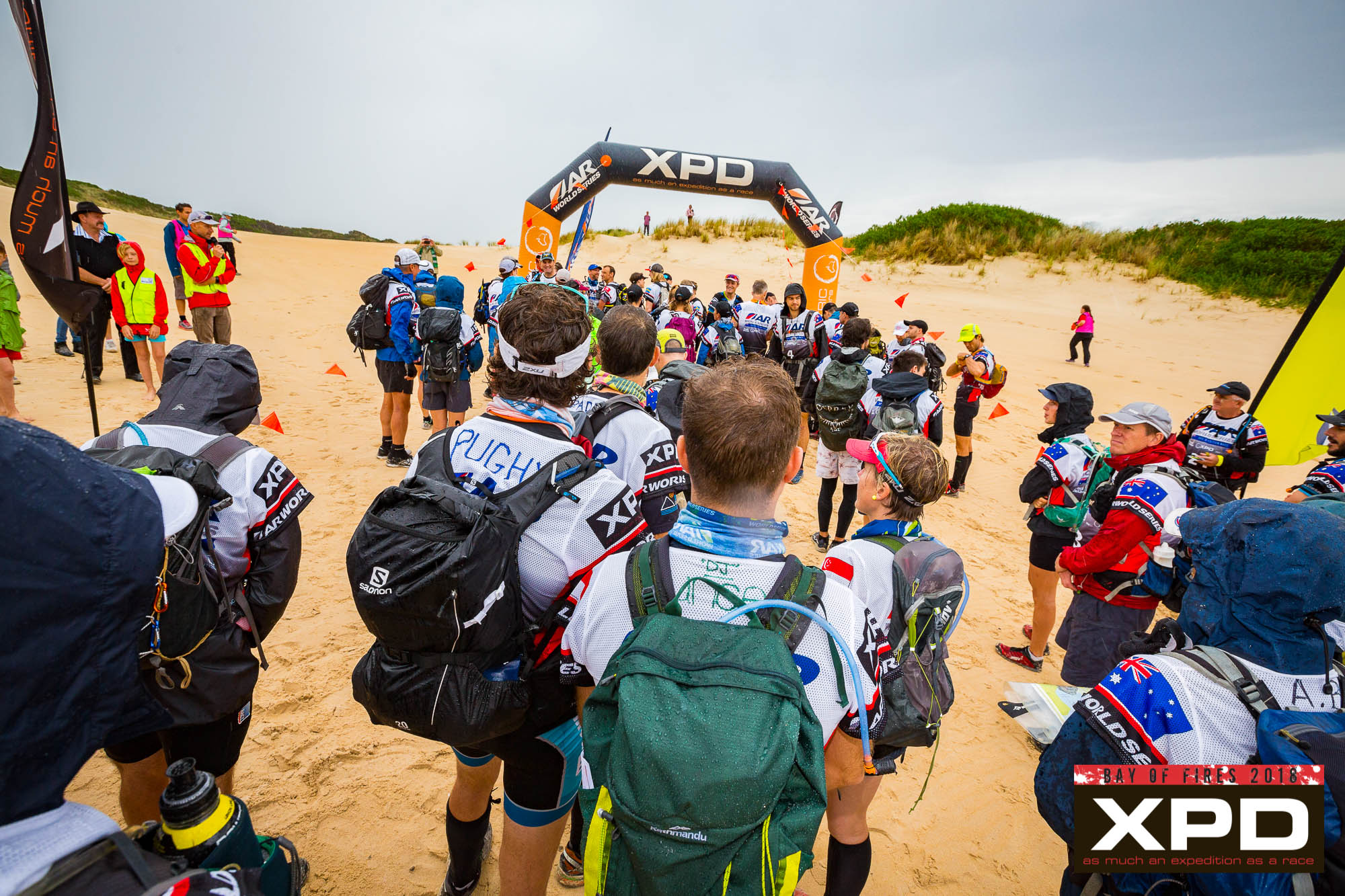 Racers were bused to the mystery location at Akaroa beach, to the start line in the sand dunes. As the gun went off, teams scrambled up the dunes to navigate up the sandy beach and coasteer along the scenic rocky headland.

Tri-Adventure Antelopes and MMI Adventure Racing were the first to arrive at the first Transition Area (TA), closely followed by Dash. 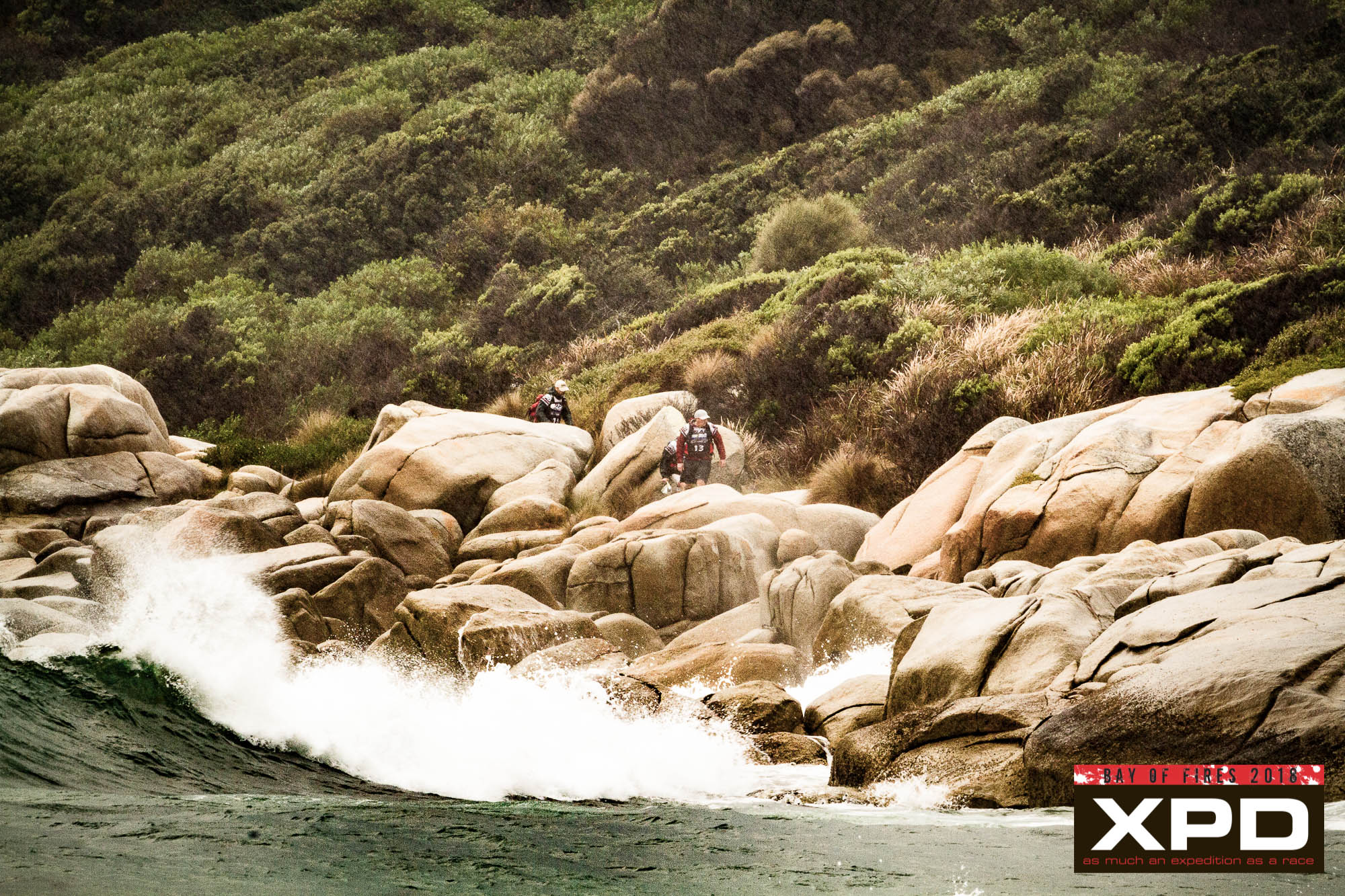 The windy mountain bike leg to Scamander saw teams ride through forestry trails to hike-a-bike up and over Flagstaff Hill.  Team Hard Days Night were asked how they felt during the climb.  “Like I want the bitumen to go all the way up!” said Grant Pepper.

Aussie Battlers said “It’s just a short hill on the way to TA”. 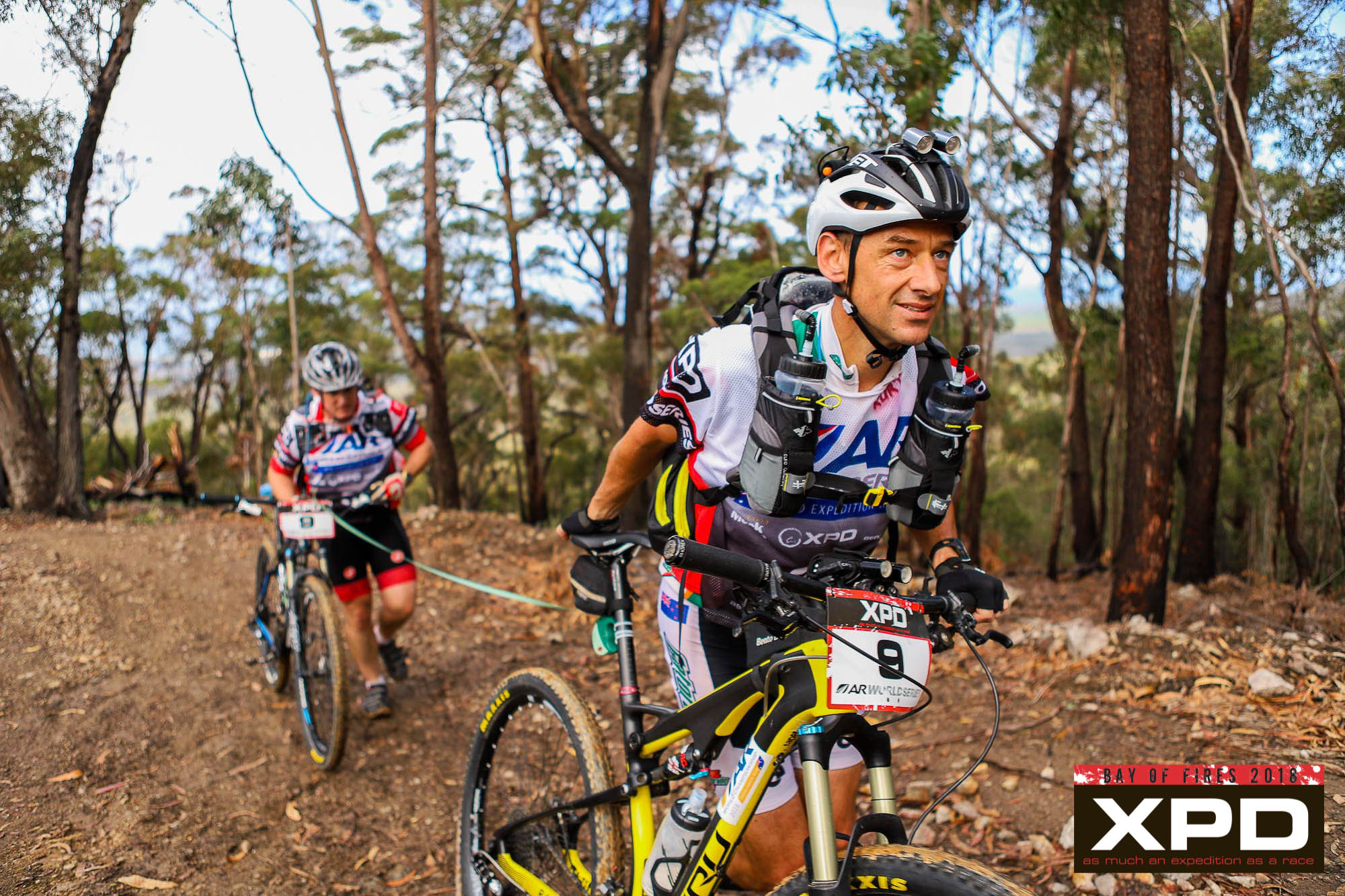 Wild Yaks, racing at the pointy end, made a navigation error during the mountain bike leg, requiring a  re-route back to a Control Point 7 (CP), but paddled hard in the next leg to re-secure fourth position.

As the rain continued to fall into the afternoon Tri-Adventure Antelopes extended their lead by 25 minutes to arrive at Scamander TA to commence their paddle up the Scamander river.  A quick transition saw the team increase their lead by 1 hour by the end of the 13km paddle.  The team is speeding through the course.  Dave Schloss says “We have never raced together before and have had a cruisy buildup.”

On completion of the paddle, MMI Adventure Racing, Hard Days Night, Wild Yaks and Rootstock round out the top 5.

By late afternoon the top teams were peddling their way into the 65km mountain bike leg up the Midlands, with slower teams completing the first paddle leg to arrive at the TA on dusk