A Sprint Finish After 120 Hours of Racing 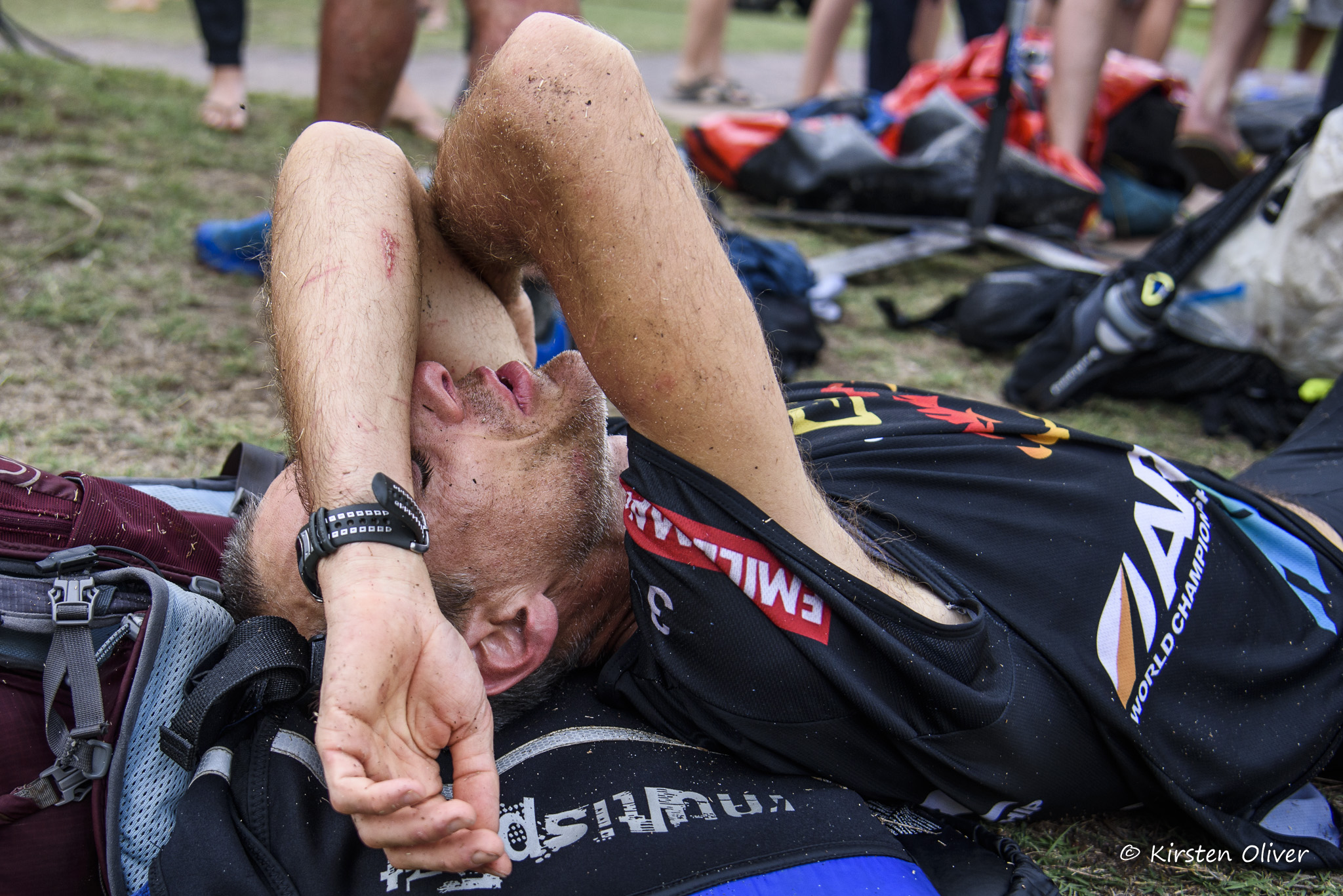 You wouldn’t think it’s likely to have a sprint finish in an expedition adventure race, not after 5 days of brutal racing, on a 460km course, but it keeps happening, and it’s just happened again here at the AR World Champs on Reunion Island. Incredibly team Haglofs Silva of Sweden chased down 400 Team Naturex of France on the final run along the beach, just beating them through the gate to HQ and into the finish!

The two teams had been close for the final stages of the race, sometimes separating when stopping to sleep, but when it came down to it at the finish they were seconds apart – after all they’d been through. 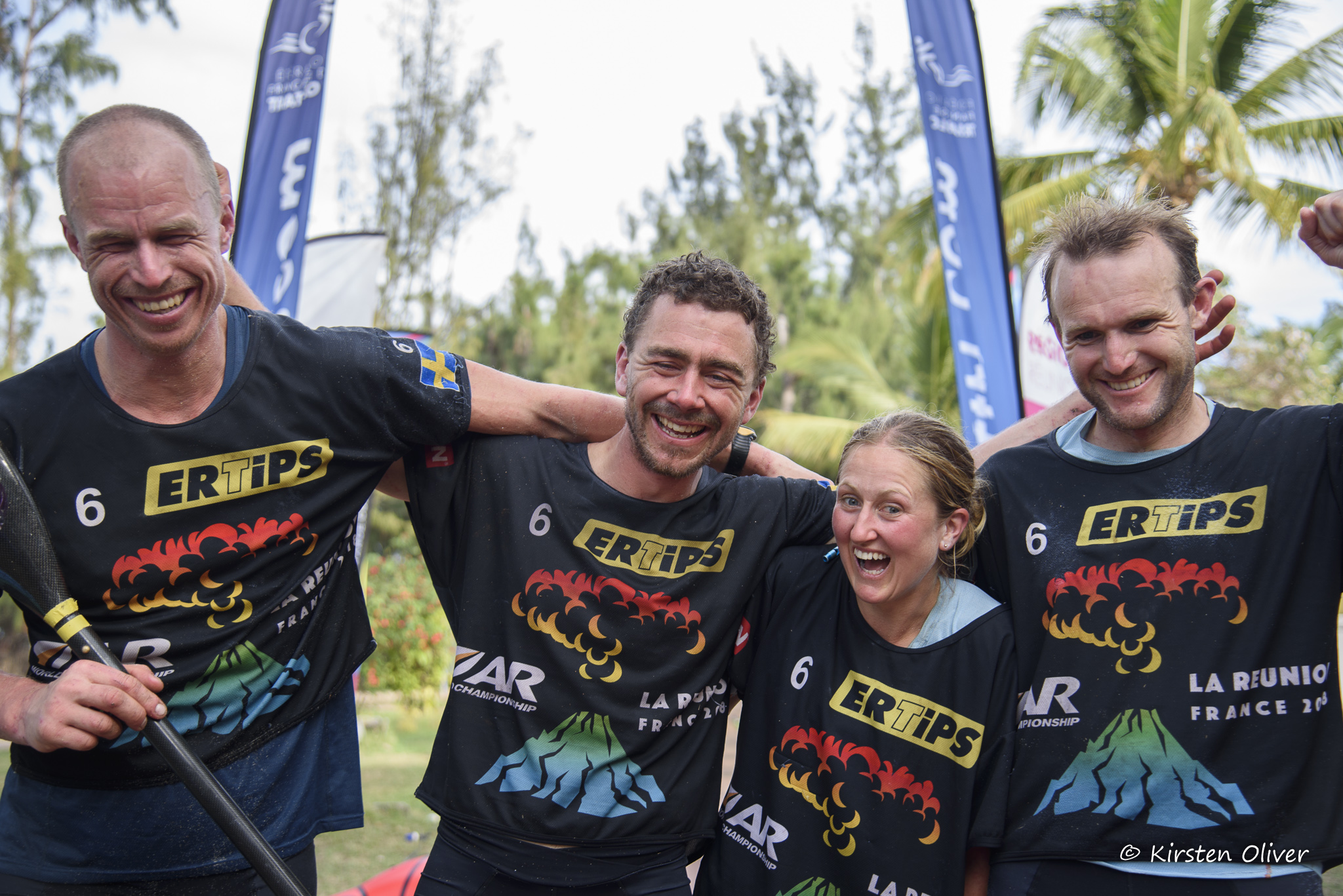 And they’d been through a lot. Robert Lindberg was shaking his head. “That’s the toughest race ever for me. I’ve never felt so bad. I crashed completely and felt hot then really, really cold, Honestly,  I don’t remember what happened.”  Aaron Prince chipped to explain they’d stopped quite a few times, wrapping Robert up when he was cold and Bjorn Rydvall said, “We were racing the first half of that ride but then just surviving to the finish.”

All of which makes the way they chased down 400 Team Naturex all the more remarkable, their competitive instincts and ability to draw on the very last dregs of their reserves are so great they could still pick up the pace. “That’s officially the longest beach in the world,” said Rydvall.

Asked if he was surprised how hard the race was he said, “No. We did Raid in France in 2012 and it was brutal, so this was what I expected.  I can’t think of any race where we have been so challenged, in so many different ways, in every single stage. Reunion was a perfect location.

“Of all the teams we managed our sleep strategy the worst. We took a risk right at the start and raced to beat the dark zone and Pascal fooled us as the final part of the trek though the forest was really tough jungle and slowed us down.”

Haglofs Silva took the stage for their beer and pizza first (Aaron went straight for the beer while the finish celebrations were still going on) and Naturex took some time to recover from what had happened. They were very emotional naturally and Romuald Viale was in tears for some time trying to come to terms with what happened. When I tried to speak to Sebastien Raichon he was too tired to speak in English, he just managed to say, “I’m in shock.” 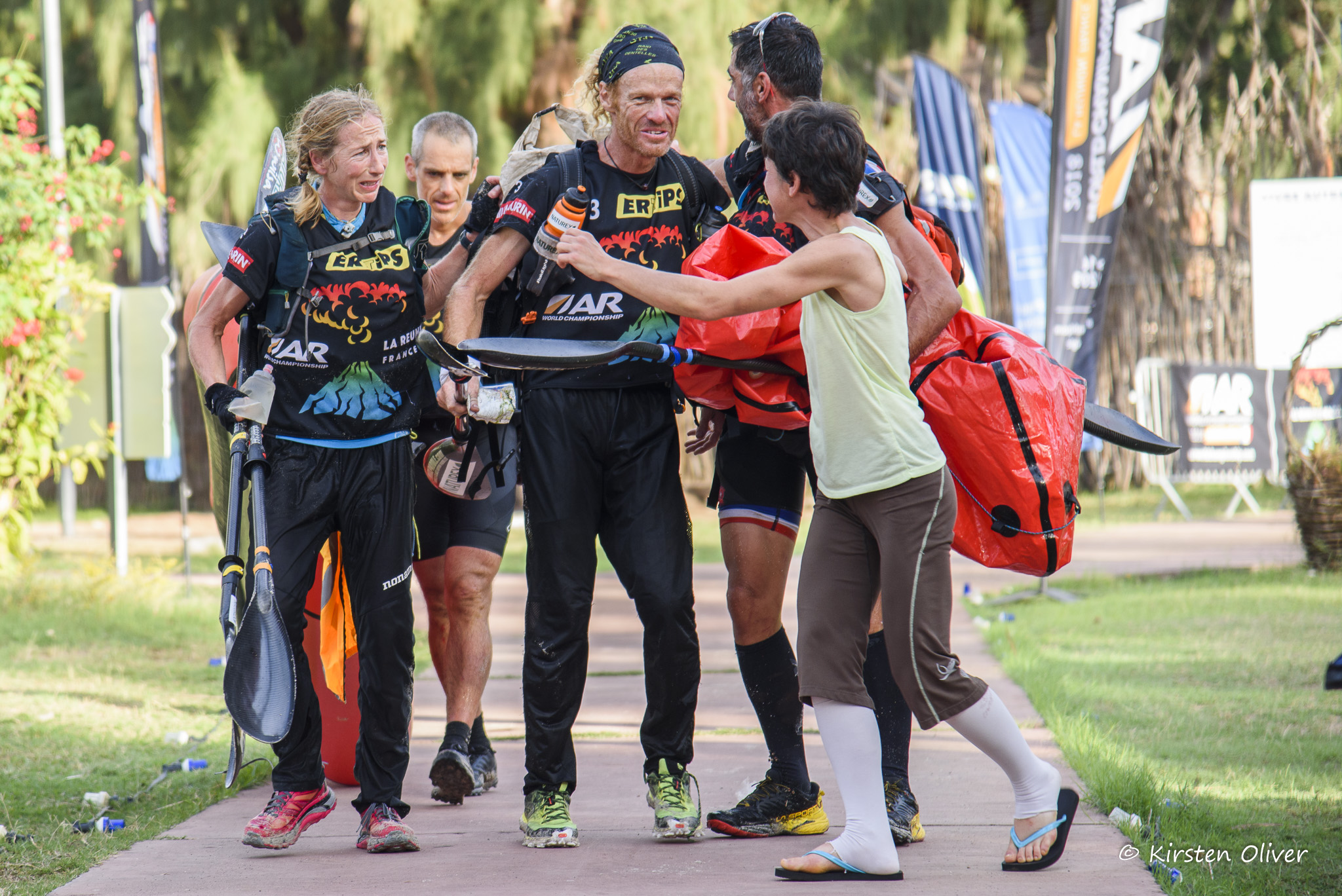 Nicholas Seguin was in better shape and told me, “They passed us maybe 20 seconds from the finish, just 20 seconds, right over there.”  The team have now lost twice in a sprint finish in world champs, and been in sprint finishes at both Raid in France and Expedition Africa.

Sebastien Raichon has been limping badly and Nicholas explained. “He hit his knee on day one and it was swollen and then again on day 3 and it has bad edema. He can’t bend it at all and it’s been very painful for almost the whole race.” It just shows how tough the elite teams are, they can keep going in pain which would stop almost any other team. 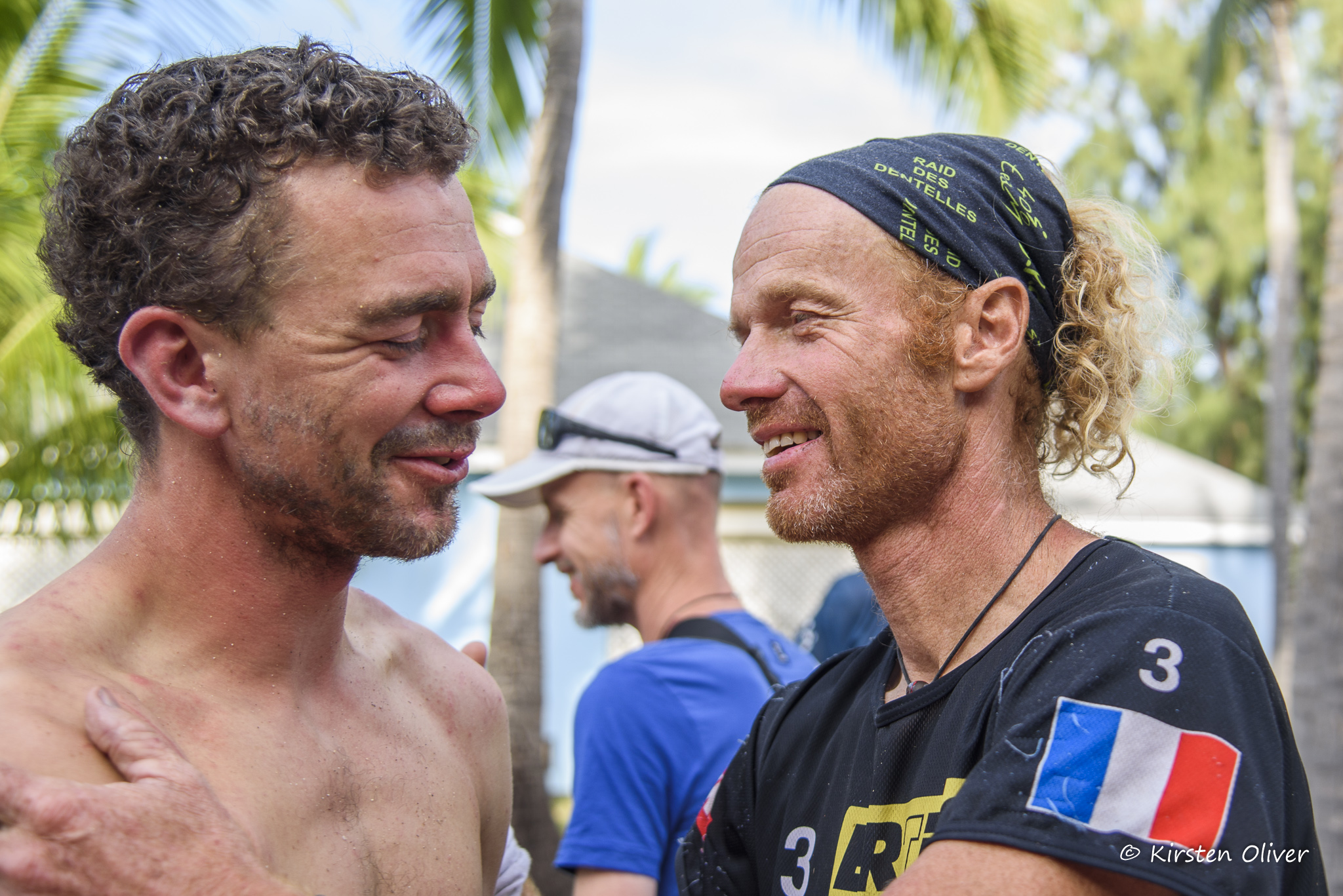 After the finish the teams sat out on the grass for a long time and Romuald was chatting with the Swedish team while just Sebastian stayed in his deck chair chatting. Both teams had great races and though it does not really matter the record shows Haglofs Silva finishing in 120 hours 44 minutes and 400 Team Naturex in 120 hours 45 mintues.