D-Day is here for the teams and Race Directors of ‘Expedition Africa’, who have waited for 2, long years for the 10th edition of their expedition adventure race to take place.

Lesotho, The Kingdom in the Sky’, is set to welcome teams, volunteers, media and referees from 19 nations, who will all be exploring a unique country on the second stage of the 2022 Adventure Racing World Series.

Some of the top 20 ARWS ranked teams will be among the 42 teams on the start line of Expedition Africa 2022.  World #3 – Team Estonian Ace Adventure / La Sportiva, who finished in 2nd position at AR World Champs 2021 in Spain, will be fighting for the title along with world #7 – 400Team Naturex from France, and world #20 – Team Nordisk from Denmark.

Top South African Teams aiming for the podium are Team Merrell Songlines, who recently won the ARWS Africa Championship 2021, and South Africa’s No. 1 ranked team will be standing strong along with Team Jabberwock, Team TruffleHunters, Team Merrell and Team Addicted2Adventure.co.za, to name a few.

The host country Lesotho, officially the Kingdom of Lesotho, is an enclaved country within the border of South Africa. It is one of only three independent states completely surrounded by the territory of another country. It is the only independent state in the world that lies entirely above 1,000 metres (3,281 ft). Its lowest point of 1,400 metres (4,593 ft) is the highest low point in the world! Over 80 percent of the country lies above 1,800 metres (5,906 ft), hence its nickname, ‘Kingdom in the Sky’.

The host venue and the finish line of the Race is the Afriski Mountain Resort, the only skiing resort in Lesotho, located 3050 m above sea-level (just below Mahlasela Pass, 3222 m) in the Maluti Mountains.

Expedition Africa will start with a special stage, a Donkey Trek from the soccer field in the picturesque town Semonkong (‘Place of Smoke’).  The name of this small highland town alludes to the spectacular cloud of spray thrown up by the nearby Maletsunyane Waterfall when it’s in full flow.

Teams will be joined by a fifth team member for the start, a local donkey. They will lead their new team member through the town, visiting places that are part of daily village life. The donkey is a valuable animal in Lesotho culture and the main means of getting supplies to unreachable mountain villages from the main arterial road network. On their return teams will collect their race passport from the donkey owner, and then begin the 500km course through the mountains, marking each of the 20 race checkpoints in their passport as they race non-stop for up to 6 days. 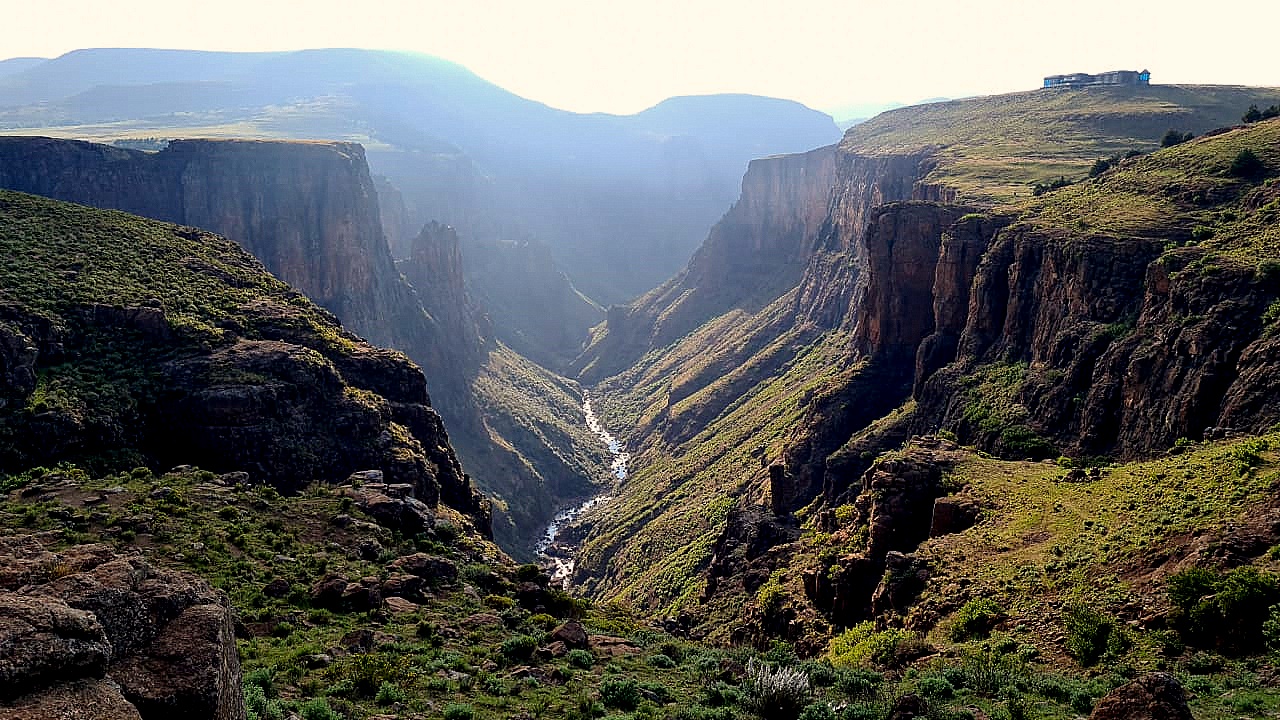 Leg 2 of the Race takes teams into a canyon trek, where the surrounding area offers some great hiking and pony trekking opportunities, most notably the steep footpath that leads to the base of the gorge below the Maletsunyane Falls.  Semonkong Lodge operates the world’s longest commercial single-drop abseil here, a thrilling 204-metre descent alongside the falls, offering sensational views through the spray over the gorge below.  Teams will descend beneath the falls and make their way along the spectacular canyon.

Leg 3 is a mountain bike journey traversing the Mountain Kingdom, passing through 56 villages which will imprint into the minds of the teams the simple life of the people of Lesotho. They will emerge on the other side, changed, but changed for the better. After completion of this journey, we believe teams will rethink their own “pace” of life back home.  Numerous river crossings will be encountered, two of them by ferry over the swollen Senqu river. The highest point will be close to 2500 m above sea level.

The most challenging leg of Expedition Africa Lesotho will be the Leg 4 mountain trek which will be physically and navigationally challenging. Navigation will heavily rely on following contours and river lines, and teams will need to take the utmost care to be constantly aware to know their position on the map.

This high alpine trek, passing through areas with little vegetation and numerous rivers, will become surely legendary among participants in Expedition Africa. On an overcast, dark, and moonless night, many teams will retreat to the safety of their tent or bothy bags, rather than risk navigating “off” the map and into an endless night. Teams will see no human structures for over 50 km. 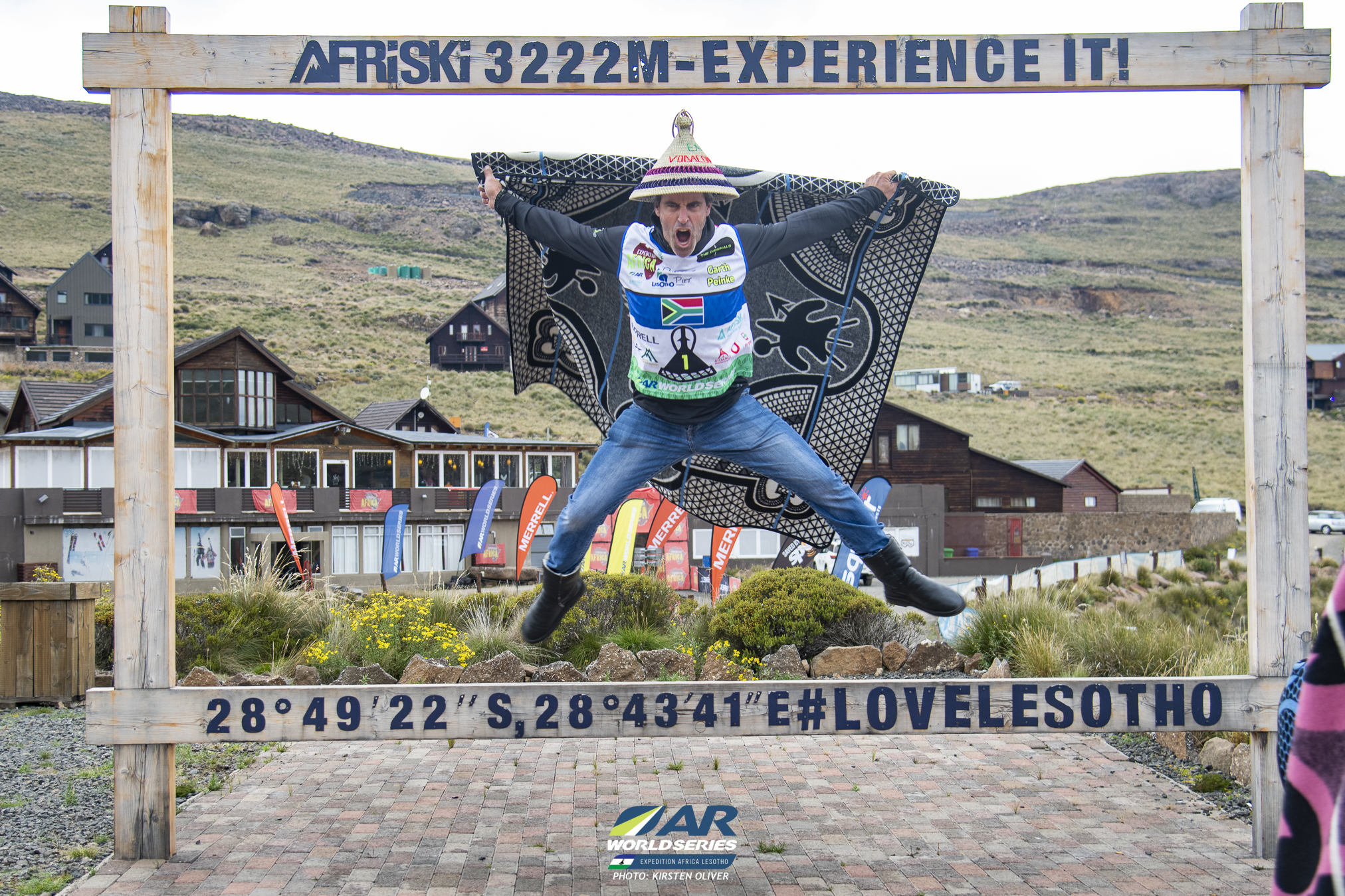 Leg 5, the 45km kayak leg, is situated on the Katse Reservoir, held back by the Katse concrete arch dam on the Malibamat’so River. It is Africa’s second largest double-curvature arch dam and part of the Lesotho Highlands Water Project, which will eventually include five large dams in remote rural areas.

The last trek of Expedition Africa, Leg 6, is a village trek that will take teams from the Katse dam at 2000m above sea-level to the elevated level of the welcoming Afriski Mountain Resort.  Teams will pass numerous villages and make many decisions about where and when to cross rivers. On the final stretch teams will enter back into the unique landscape of the alpine highlands to eventually cross the finish line and savour the taste of a local Lesotho Maluti beer.

Race Director and ARWS CEO, Heidi Muller, said, “We are privileged to be in Lesotho and know that Expedition Africa will truly be a memorable and life changing experience.  We can’t wait for the world to see what these incredible teams will experience over the next 6 days in The Kingdom in the Sky.”

You can follow live satellite tracking of all the teams at: www.expafrica.live

To see the full team list and find out more about Expedition Africa visit www.expafrica.net

The Adventure Racing World Series 2022 is made up of 10 of the world’s premier Expedition Adventure Races on 5 continents.  For more information, see www.arworldseries.com